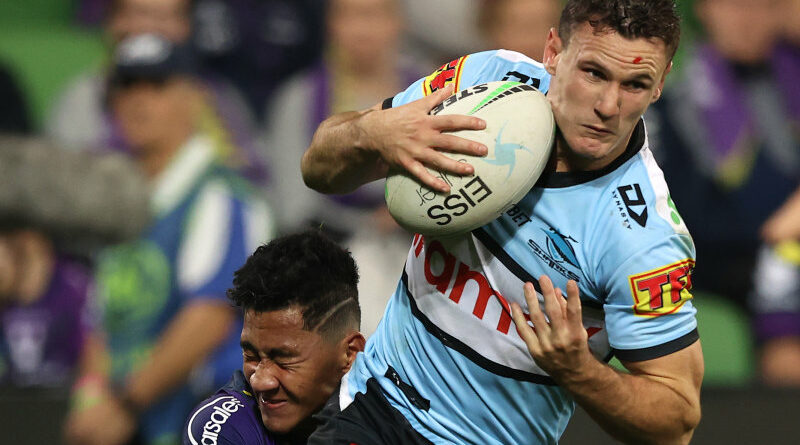 It’s incredible to think that Melbourne won 19 consecutive matches, yet could still fall short of the minor premiership with a loss here. There’s $100,000 up for grabs for finishing the regular season on top, but there is a bigger prize on offer. That’s why Craig Bellamy has rested Cameron Munster, Christian Welch, Felise Kaufusi, Jesse Bromwich, Josh Addo-Carr, Kenny Bromwich, Reimis Smith and Tom Eisenhuth. That’s a lot of outs, but the Storm are still the favourites with the bookies. 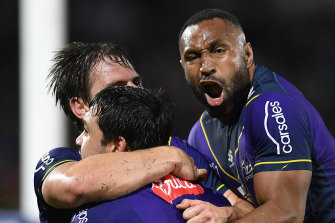 The Storm will be without some of their biggest names.Credit:Getty

Good evening and welcome to what is shaping as a cracking night of footy.

Tonight, we’ll crown our minor premiers and could even determine the last spot in the top eight.

It all kicks off with Melbourne against Cronulla, followed by the derby between Parramatta and Penrith. 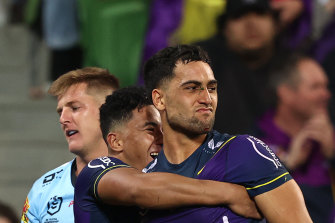 Let’s start with the first match; if the Storm win, they take out the minor premiership. What a phenomenal feat that would be, especially following the retirement of the great Cameron Smith. Tonight they will also be without eight of their better players, who have been given the chance to freshen up ahead of the finals.

For the Sharks, the equation is simple; win and you’re in the finals. Destiny is in their hands, while a loss would leave them sweating on the outcome of the Titans-Warriors clash.

If the Storm lose, Penrith can take out the J.J. Giltinan Shield by beating Parramatta. The Eels have opted to rest some of their biggest stars ahead of the playoffs, while the Panthers are at full strength.

This will be Brad Arthur’s 200th game in charge of the blue and golds and history will be made when a father-son, halves-coach combination goes up against each other for the first time in the form of Jake and Brad Arthur coming up against Nathan and Ivan Cleary.

That’s all ahead of us this evening, so sit back and enjoy the ride. 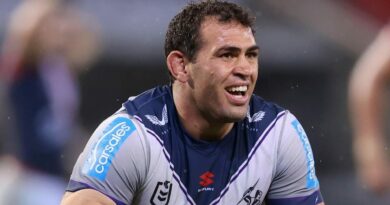 Dale Finucane signs with Cronulla Sharks on a four-year deal