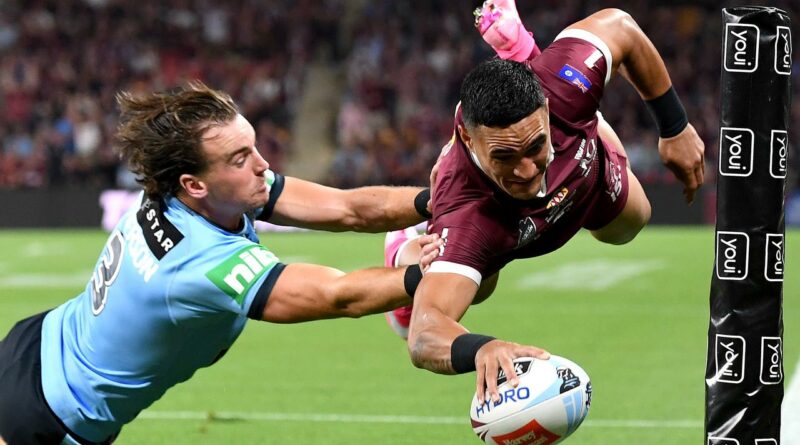 The NRL has confirmed Game I of this year’s State of Origin series will be moved from the MCG to Queensland Country Bank Stadium in Townsville amid Victoria’s Covid-19 outbreak.

Since news emerged on Friday that Queensland Rugby League had booked out a Townsville resort for the night of Origin I, speculation has been rife that the city would be chosen for the series opener.

On Monday, the NRL corroborated those rumours after officials met with the Victorian Government to discuss moving June 9’s game.

Melbourne will make way for Townsville to host its first ever Origin fixture, but Origin football is set to return to the Victorian capital in 2024 and 2026.

“We’re operating in a pandemic and our absolute priority is ensuring the continuity of the competition and our Major Events,’’ NRL CEO Andrew Abdo said of the league’s decision to move the game.

“Townsville has the lowest risk of a Covid outbreak impacting the game and the least financial fallout of the available venues.

“Townsville is also a new, state of the art venue, with the capabilities to host an event with a global audience like Origin, placing it ahead of alternate regional locations.”

The relocation means the 2021 series will be the first since 2017 not to include a game in neutral territory – Adelaide, Perth and Melbourne have each hosted one Origin clash over the last three years.

It will also be the first Origin series in history to feature consecutive games in the same state, with Brisbane’s Suncorp Stadium locked in for Game II.

“I understand some fans will have wanted a neutral venue but the reality is we are working within a pandemic and we have to make decisions that ensure Origin proceeds as scheduled and with the lowest financial impact on the game,” Abdo said.

Queensland will host the first two games of the series. (Photo by Bradley Kanaris/Getty Images)Source:Getty Images

The NRL’s decision to schedule two out of three games in Queensland has divided league experts.

Fox League commentator and 10-time NSW representative Braith Anasta called the move “a disgrace” on Sunday, saying it posed a “huge disadvantage” for the Blues in their bid to reclaim the Origin shield.

On Monday morning, Maroons coach Paul Green hit back at these suggestions, saying “both teams would enjoy playing” in north Queensland.

“Townsville is a great option. For a start you would sell it out. The weather up there at this time of year is beautiful, it’s a footy-mad area and they have just built a new stadium which would be perfect to host a marquee event like State of Origin,” he told reporters.

The Maroons and Blues both announced their squads for Game I over the past 24 hours, with three debutants – Brian To’o, Jarome Luai and Liam Martin – included in the Blues’ 17.

Cameron Munster, Harry Grant and Kalyn Ponga have all been named in the Maroons’ spine despite injury concerns.

‘It gets easier’: Why Fittler’s Blues are more prepared for Origin opener