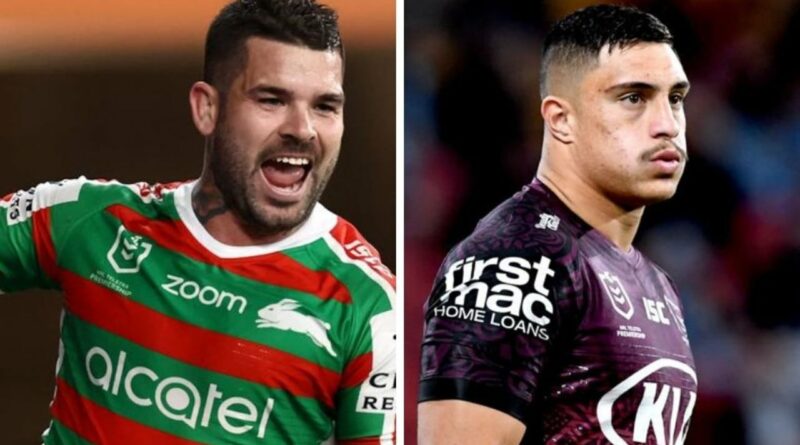 The former NSW State of Origin coach picked apart the rule changes on Wednesday morning after the league confirmed Tuesday players will be able to switch teams as late as August 1.

It was reported Tuesday, the NRL scrapped the June 30 transfer deadline, pushing it back towards the finals series. Reports on Tuesday claimed the delay would further encourage a “mad signing frenzy” as late as Round 20 with teams now having more power to recruit rival stars in the run to the finals without needing to take up as much salary cap space.

The rule changes also open the door to loan deals that would see players move to rivals for a couple months before returning to their original club the following year.

Adam Reynolds does not have a contract for 2022.Source:Getty Images

It also creates more opportunity for players to leave their contracts early if they have signed with a rival club for the following year.

South Sydney’s Adam Reynolds and Brisbane’s Kotoni Staggs are two off-contract players who could potentially leave their clubs this season if they sign with rival clubs and are able to negotiate an early release.

Daley has now pointed out the short-term contracts further opens the door to petty grudges between rival clubs wreaking havoc across the competition with clubs able to move players on to another club in order to stop a rival club from winning the grand final.

The NRL heads into the 2021 season with the Roosters and Rabbitohs still feuding, while the Broncos and Storm are at war over the future of coach Craig Bellamy and the move of new Broncos boss Dave Donaghy.

Daley would not put it past those clubs to release a star player in order to thwart their bitter enemies getting their hands on the Provan-Summons trophy.

“I love conspiracy theories. Imagine if you’re a Roosters or a South Sydney player and you can stop either-or winning the competition by releasing one of your players to go to another club. You could do it,” he said on Sky Sports Radio.

The Canberra legend also said he does not like the rule change, unless there are legitimate injury developments that would make it essential for a club to recruit a rival player so late in the season.

“I don’t think that is a good thing,” he said on

“I don’t think that would be fair. If you’ve got 28 spots on your roster and you keep two open and then you pick up two really good players going into the finals, that could be the difference between winning and losing a comp.”

According to reports, only the Rabbitohs, Warriors and Cowboys have filled their entire 30-man rosters for 2021, leaving 13 clubs with another five months to sign rival talent.

“The NRL have pushed the signing deadline back from June 30 to August 1,” Rothfield said.

“What this is going to do is start a mad signing frenzy at the back end of the season. So clubs can keep their salary cap and don’t have to fill their roster until Round 20.

“We’ll be arguing about Cameron Smith until August.”