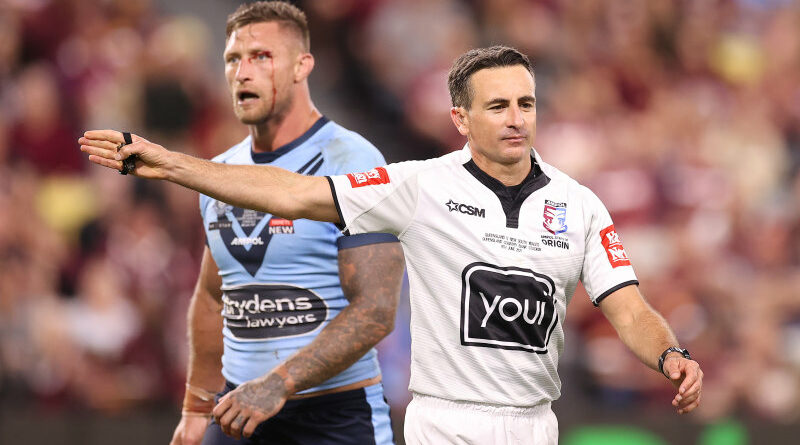 The NRL insists it won’t be open slather after creating a separate representative record for Test and State of Origin players – as well as a greater disciplinary threshold required for a player to miss a grand final – under sweeping judiciary changes.

Finalised just days before the State of Origin opener, the NRL has moved to prevent clubs paying the price for their stars’ on-field misdemeanours by reducing the number of offences which carry a suspension in representative games.

Instead, the NRL will create a separate rap sheet for players who feature in matches for their country, state or All-Stars side. The representative ledger will reset every year.

It means the 36 players who potentially could enter the field for Wednesday night’s series opener at Accor Stadium won’t have previous offences from club games this season against their name if charged playing for NSW or Queensland.

The news was welcomed by officials from all NRL clubs, who had long complained about their best players being forced to serve suspensions for their primary employers stemming from minor offences in representative games.

Instead, the NRL will now increase the number of grade one and grade two offences under the judiciary code which will attract a fine, rather than suspension, for Test and Origin games. 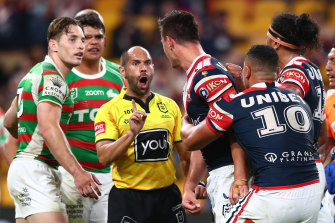 ‘Latrell loophole’: Latrell Mitchell was able to serve one match of his six-game suspension for elbowing Joey Manu in the All Stars fixture.Credit:Getty

The penalties will be calculated as a percentage of match payments. Origin players stand to earn $15,000 per game this season after representative payments were slashed during the COVID-19 pandemic.

The NRL has also moved to quell the outcry of fans who bemoan, “You’d hate to see a player miss a grand final for that”.

A third charge incurred for a player during the finals series will be punishable by a fine up to $4000 – rather than suspension – for most offences.

Asked whether it could be considered open slather, NRL head of football Graham Annesley said: “Players who commit major breaches will still be heavily penalised through possible suspensions for some grade two categories, and for all grade three offences. Serious foul play will still be punished by suspensions.

‘This is an attempt to make sure fans, clubs and states are not deprived of their star players.’

“This is an attempt to make sure fans, clubs and states are not deprived of their star players for what is a cumulative effect of relatively minor offences.”

The NRL said the changes “will ensure a continuing strong deterrent against on-field misconduct”, and pointed to the fact overall match review committee charges were down this year after tinkering its judiciary code to include greater scope for fines rather than suspensions.

Confusion around the judiciary criteria for representative matches intensified earlier this season when the “Latrell loophole” was uncovered.

South Sydney gun Latrell Mitchell was able to serve one of his six-game ban for fracturing the face of former teammate Joseph Manu on the eve of last year’s finals series during the Indigenous All-Stars clash.

But Canberra coach Ricky Stuart was furious when his star winger Jordan Rapana incurred a ban from a shoulder charge playing for the Maori side. He had to serve the suspension in the Raiders’ opening match of the season.

The Rugby League Players Association had been lobbying the NRL for a greater threshold for on-field penalties surrounding representative matches.

“The RLPA put forward the player advisory group’s joint position to the NRL and reasonable alternatives that stakeholders could work together on implementing,” players’ union representative Chad Townsend said.

“Rushing decisions that impact players and continuously pushing towards financial penalties for players is not an approach players support.”

Watch State of Origin exclusively live and free on Channel 9 and 9Now. 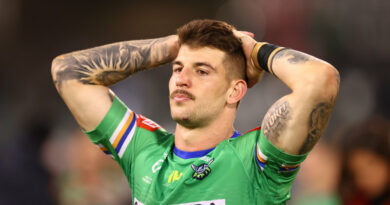 The stories behind the AFL’s weird but accurate goalkicking techniques