Home » Rugby League » NRL round 10: Key takeouts from Magic Round at Suncorp Stadium

Was this the match that broke the camel’s back at Belmore for coach Trent Barrett? It was the Knights who won the Cellar Dweller Cup to kick off Magic Round, with Kalyn Ponga standing tall and Newcastle just out-hustling the Bulldogs for the most of the evening. If you can’t win with talent, you can always win with energy and that’s precisely what the Knights did, giving a timely victory to their own battling coach Adam O’Brien. Canterbury could conjure nothing in attack and Barrett was critical, once more, of their fifth-tackle options and kicking game in general. But when pressed about how he could remedy that in coming weeks, he looked lost for answers. He needs to hope he can come up with something resembling a plan when he fronts the Bulldogs board.

Adam Reynolds’ popularity in Brisbane continues to soar with another five-star performance. The Broncos are full of confidence and were on the front foot early. Reynolds is playing with plenty of freedom and enjoying the chance to utilise young speedsters like Selwyn Cobbo in attack. Manly never got out of first gear, and Tom Trbojevic being restricted because of a corked quad did not help their cause. The Sea Eagles continue to fall down against the top sides and teams in form like Brisbane. It will not get easier this week against Parramatta.

This should never have got as close as it did for Souths. At least Cody Walker was able to produce his best game of the year after returning as skipper. Campbell Graham looked just as comfortable being moved from the right to left centre. The forwards got through a mountain of work after the injury to Jacob Host, which was no mean feat because of the injuries and flu the pack have been battling. The Warriors should never have got so far behind. At least they had a dig. They still need so much more from Shaun Johnson.

You get the feeling this will be a game the Dragons will be regretting come the end of the season as they failed to close out the win in the final 10 minutes, allowing the Titans to snap a five-game losing run. Both teams were awful in setting up for field goals at the end of normal time and deep into golden point. And it was no surprise the match needed Jamayne Isaako’s 89th-minute try to settle it. Tyrell Sloan had a nightmare night under the high ball in his NRL recall, but it’s worth noting his last two gamez in the top grade have been played in awful, wet conditions which don’t play to his best attributes. In Jayden Campbell and Moeaki Fotuaika, the Titans have two young stars they can build a club around.

Who can seriously go with the Panthers when they get in this mood? Sure, Melbourne were without Jahrome Hughes and Ryan Papenhuyzen (could Penrith still beat the Storm without Nathan Cleary and Isaah Yeo?) but the Panthers were lethal. They play with such speed, and the threat of their left edge, including the rampaging Viliame Kikau, is impossible to stop. Cameron Munster was the standout in a beaten side.

It was so easy to forget how much energy Cronulla used up a week earlier against the New Zealand Warriors. They looked flat from the outset, and as coach Craig Fitzgibbon said after the loss to Canberra, they were out-muscled and out-enthused. There will be plenty of debate about the decision to shift Nicho Hynes from the halves to fullback, but even Hynes would admit he simply had a stinker. Canberra were excellent in defence. Their forwards worked around the clock, and Zac Woolford’s effort to set up Brad Schneider for a late try will be one of their season highlights.

Three years after Ryan Papenhuyzen announced himself to the NRL in Magic Round, 18-year-old Joseph Suaalii lived up to all the hype with a scintillating two-try display for the Roosters. He was born with talent few have, and his soaring leap to pluck a pinpoint Luke Keary kick out of the air halted the Eels’ second-half comeback. The Roosters are right in this premiership race and with potentially a lighter State of Origin contingent, they can still be major players. The Eels just can’t see to find the consistency to make them part of the NRL’s elite, although Mitchell Moses and Isaiah Papali’i were by far and away their best in a beaten side.

If you can find a more entertaining side than the Cowboys right now, you watch them. Murray Taulagi alone is worth the price of admission after his Magic Round pyrotechnics, while Reuben Cotter deserves cult status before his mullet even enters the frame. As for the Tigers, they were overwhelmed in the end but gave plenty in the first 40. Jackson Hastings is dragging plenty of their youngsters with him but they just don’t have the cattle to match it with the NRL’s best, particularly if Luke Brooks’ hamstring issue keeps him out for any significant amount of time. 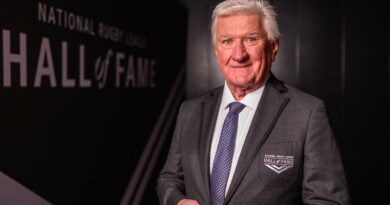