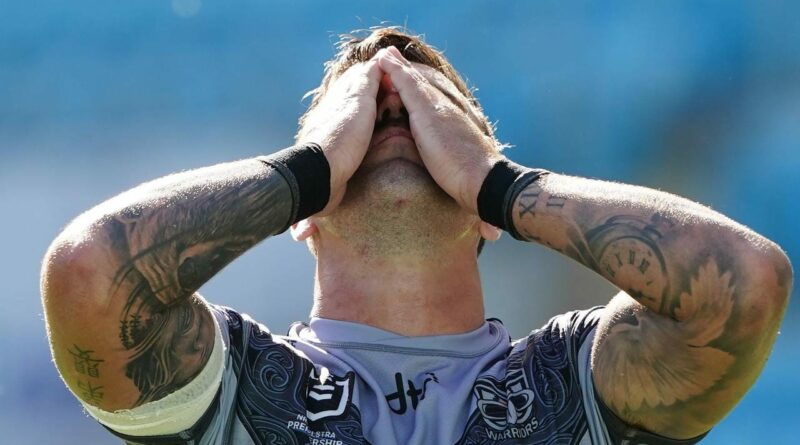 As the NRL moved to resolve another Covid-19 scare, the New Zealand Warriors found themselves trapped on their team bus prior to Sunday afternoon’s clash with the Sharks.

The NRL was notified on Sunday that a member of the game day catering staff at Netstrata Jubilee Stadium had been identified as a casual contact of a Covid-19 case.

The employee left the stadium immediately, as did other staff members with whom they had contact on game day.

Alternative catering measures were arranged and the stadium underwent thorough cleaning, during which time the Warriors were delayed on their team bus.

An NRL spokesperson confirmed to NCA NewsWire that both teams, as well as employees at the venue, adhered to the league’s Covid-19 protocols throughout the ordeal.

While the game was allowed to proceed, the delay was the last thing the visitors needed — the game looms as must-win for the 13th placed Warriors if they’re hoping to make a return to finals footy in 2021.

The match began as a low-scoring affair, before rookie fullback Reece Walsh connected with a Dallin Watene-Zelezniak grubber to open the Warriors’ account.

The home side struck back shortly after, however, with Connor Tracey strolling over on the left to lock the scores up.

Two more Sharks tries in the shadow of halftime made it a difficult assignment for the Warriors heading into the second stanza.

As Sydney continues to record instances of community Covid transmission, a decision on the relocation could be made as soon as Monday.

“At the moment we are doing our utmost to make it the least inconvenience for the players and their families,” ARLC Chairman Peter V’landys told News Corp on Friday.

“However, if it gets any worse we may have to look at relocations.

“And we have already planned for that contingency.

“We always work on the data, and if we ever thought the data was going to get worse we have contingencies in place.”

The league is exploring various options, including moving the competition to Queensland, Victoria, or “anywhere where the cases aren’t as high”.

The breaches incurred by a number of NRL players since the beginning of the outbreak could jeopardise the league’s hopes of relocating interstate.

Most recently, South Sydney Rabbitohs forward Jai Arrow was fined $35,000 and suspended for two games for inviting an unauthorised female visitor into the Queensland Maroons bubble.

Arrow’s breach came after 13 Dragons players were fined a total of $305,000 for holding an unsanctioned party last weekend.

Paul Vaughan, the former Origin star who hosted the party, had is Dragons contract torn up and his wallet relieved of $50,000 by the NRL following the incident. 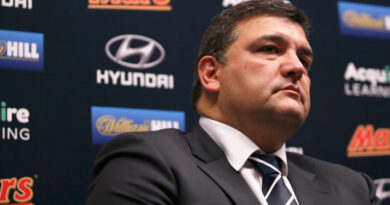 Carlton board and benefactors under attack