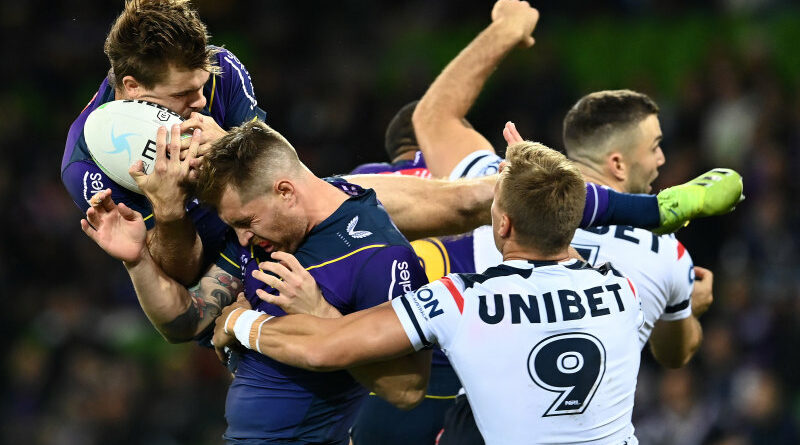 The NRL will be reviewing the Storm’s decision to keep Cameron Munster and Harry Grant on the field after head knocks without undergoing a HIA.

Roosters star Victor Radley was sin-binned and placed on report 13 minutes into the Storm’s 20-4 victory on Friday night after collecting the head of Munster, who flopped to the ground. 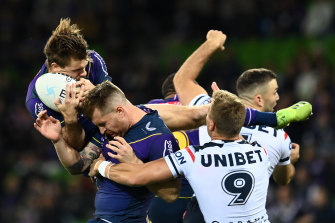 The NRL will be reviewing the Storm’s decision to keep Cameron Munster and Harry Grant on the field after head knocks without undergoing a HIA.Credit:Getty

The pressure of the game led to a litany of errors in the first half with the Storm finishing with 14 errors to the Roosters’ 15.

It took 49 minutes for Hughes to finally claim the first try of the night , finding a gap following a perfect pass from Grant.

Adding to the team’s casualty list, the Roosters will be sweating on the injury news of Jared Waerea-Haregreaves after he was seen carrying his arm as he headed down the tunnel in the 45th minute. He did not return to the game.

Before kick-off, the Roosters received a huge blow with Brett Morris a late omission due to calf tightness. He was replaced by Ikuvalu. 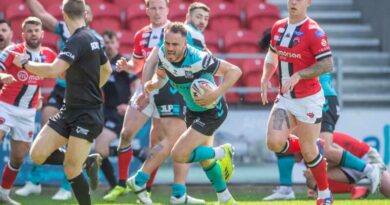 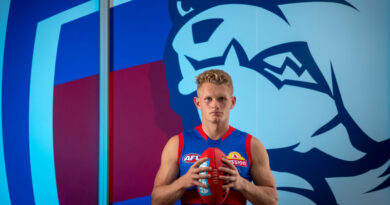