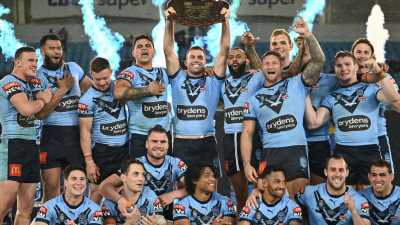 The Australian Rugby League Commission will cease all funding to the NSWRL and the state body could lose control of State of Origin if it does not hold fresh board elections by Friday in a development which threatens its future.

The ARLC tasked leading silk Brett Walker, whose client list includes Cardinal George Pell, to undertake an investigation into the NSWRL after a boardroom brawl erupted during its recent board elections. Walker’s findings have now been sent to the clubs, who have been informed that “the NSWRL has fundamentally failed to follow its own constitutional processes in relation to the February elections to the NSWRL Board.”

The Herald has obtained the correspondence sent to the clubs on Tuesday night, as well as Walker’s advice on the matter, which could result in State of Origin and junior development being run by the NRL if the NSWRL does not comply with the edict.

The letter states: “In order to remedy the matter, NSWRL must take the following steps:

1. The NSWRL should immediately hold a fresh election for the two Metropolitan Directors.

2. The two Expert Directors should vacate their positions pending the election of the two Metropolitan Directors.

3. After the election of the two new Metropolitan Directors, the two Expert Directors and Chairman be appointed.

We understand from the Notice that the position of the NSWRL appears to be that it does not have power under the NSWRL’s constitution and applicable law to take the above steps, absent the approval of members in general meeting.

This is fundamentally incorrect. The purported elections are invalid, with the result that fresh elections must now be held.”

NSWRL chairman George Peponis and Nick Politis sensationally resigned following February’s annual general meeting due to a raft of issues, including the controversial decision not to allow Cronulla chief executive Dino Mezzatesta to stand for a place on the board and the ousting of the only female director, Deborah Healey. 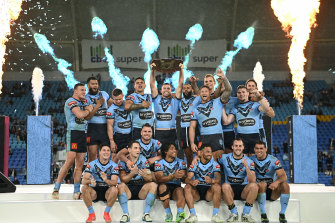 The latest development could result in the state leagues no longer overseeing State of Origin.Credit:NRL Photos

The controversy could result in tens of millions of dollars of annual funding being taken from the NSWRL, effectively rendering the body without the means to propagate junior development or run the Origin series.

Walker’s advice is the ARLC has the “right to terminate the Services Agreement” with the NSWRL if it does not comply by 4pm on April 8.

“If the NSWRL fails to remedy the matter as set out above, the Commission can have no confidence that the NSWRL is capable of properly discharging its obligations under the 2012 New Members Agreement and the 2012 Services Agreement, under which the Commission provides funding to NSWRL in respect of the administration for rugby league in NSW and the State of Origin respectively,” the letter states.

“The Commission will not approve funding to the NSWRL pursuant to clause 4.2 of the New Members Agreement in circumstances where it has no confidence in the governance and administration of the NSWRL and where to do so would be in the Commission’s view contrary to the best interest of the Game.” 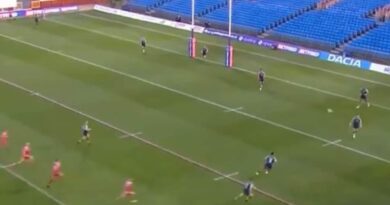