Home » Rugby League » Origin 2021: Half of the Maroons side to face NSW in opener are born outside of Queensland 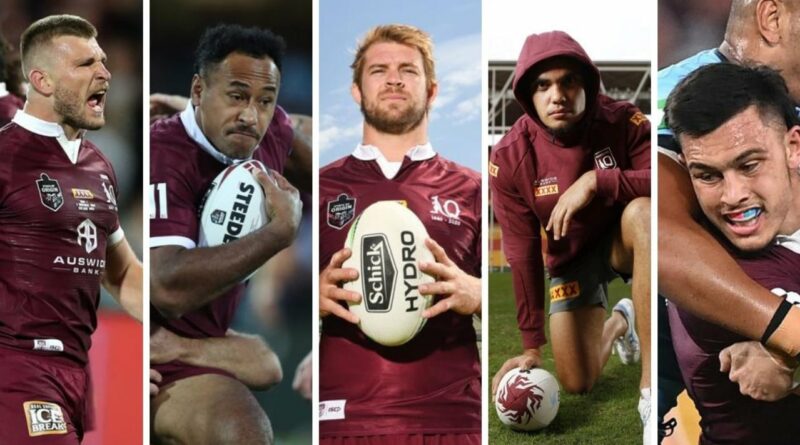 Just when it appeared Queensland may have ingested some much-needed morality, the deceitful Maroons have been sprung again by picking a sham playing squad.

The Daily Telegraph can reveal that eight players – nearly half the Maroons side – were born outside of their beloved Queensland.

Welcome once again to the United Nations of Queensland.

They are more Sunshine State tourists than Queensland footy stars.

Queensland has been pinching, pilfering and calling star players their own – no matter where they were born – since Origin began way back in 1980.

Yes, all players abide by eligibility rules these days but NSW greats question how a non-Queensland-born player can put a hand on his heart pre-game and pledge love and passion for the Maroons when born in NSW or overseas.

They come from everywhere to play for Queensland.Source:Getty Images

“Anyone with any talent – as long as they’re breathing – become Queenslanders,” said former NSW fullback Garry Jack. “It doesn’t matter where you’re from.

“It seems the South Pacific has now become Queensland. The Highlands of PNG, they’re all Queenslanders. Tonga and Samoa – all part of Queensland.

“They’re up to their old tricks again and it seems we just get given NSW players.

“Pretty soon they won’t be just Queensland – they’ll be the Globetrotters, an international team.”

Patriotic NSW has just one player born outside the state – Parramatta prop Junior Paulo, who comes from Auckland.

Ex-Blues champion Ben Elias said: “If those blokes are Queenslanders, then I‘m Swedish. They still have that ‘little brother chip on their shoulder’. It doesn’t matter where you’re from – they will go to any extremes to win.”

Queensland have been pilfering players since the Origin concept began 41 years ago.Source:News Limited

The late, great Tom Raudonikis once said: “Queensland are cheating – and it makes my blood boil.

“Queensland are stealing our players. Some of them were born here in NSW. They crow about how good they are but they’ve got players from all over the place to win.”

Former NSW hardman Mark Carroll said the Blues have to beat Queensland – even if the Maroons are full of foreigners.

“I don’t give a rat’s arse – I don’t care where we play them or who is in their side,” said Carroll.

“We will play them in the middle of the Great Western Highway. It doesn’t matter where we play them – we’ve got to beat them, simple.”

Mitchell agrees to terms with Souths – but Roosters want money back