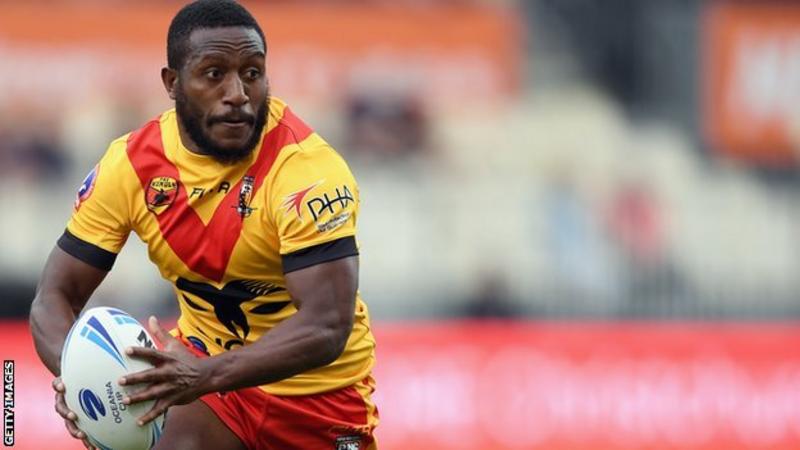 Great Britain suffered a 4-0 whitewash on their comeback tour after an effervescent Papua New Guinea stunned the Lions in Port Moresby.

The defeat will intensify scrutiny of Lions and England coach Wayne Bennett, who is now out of contract.

The Lions failed to register a second-half point to end the disastrous tour.

Bennett’s team selection, as it has been since naming an imbalanced squad short of outside backs, again raised questions as half-back Blake Austin was once more played out of position on the wing, leaving Ash Handley out despite the Leeds Rhinos man being drafted into camp as an emergency replacement for the Lions’ first trip to PNG for 23 years.

A physically-demanding month had left the Lions nursing a number of injuries, and with the first hit-up of the game PNG’s patio-building prop Luke Page inflicted more pain by flattening Great Britain captain James Graham – a knock that the 34-year-old failed to recover from as he was forced out following a head-injury assessment.

PNG fight back for famous win

It was Great Britain who opened the scoring through Austin, the makeshift winger darting over in the corner after 14 minutes having failed with a diving effort a couple of minutes earlier.

For the first time in four games since the Lions came out of a 12-year hibernation, following a defeat by Tonga and two losses to New Zealand, the Brits led.

Josh Hodgson’s second try in as many weeks, stepping through a static PNG defence from close range, then silenced the passionate home crowd that had earlier revelled in their team’s barnstorming start.

Edene Gebbie appeared to land a sensational try in response on the left, but his aerial acrobatics were not rewarded as the video referee ruled the ball had crossed the whitewash when grounded.

With the last play of the first half, however, the Kumuls got the try their efforts deserved as Ipape stepped through two weak attempted tackles to race 65 metres to score.

Boas, who plays in England’s third tier with Doncaster, added a second with sheer speed after the break, with Rhyse Martin converting to edge the Kumuls ahead.

Olam added to the advantage, collecting a deflected kick from Wartovo Puara, and Johnson dived over on the left edge for a fourth Kumuls try after the hosts bobbled, bounced and shifted the ball wide with free-flowing abandon.

Defeat in Papua New Guinea, the only country in the world where rugby league is a national sport, meant the tourists signed off their international return in disastrous fashion.

What next for Bennett? 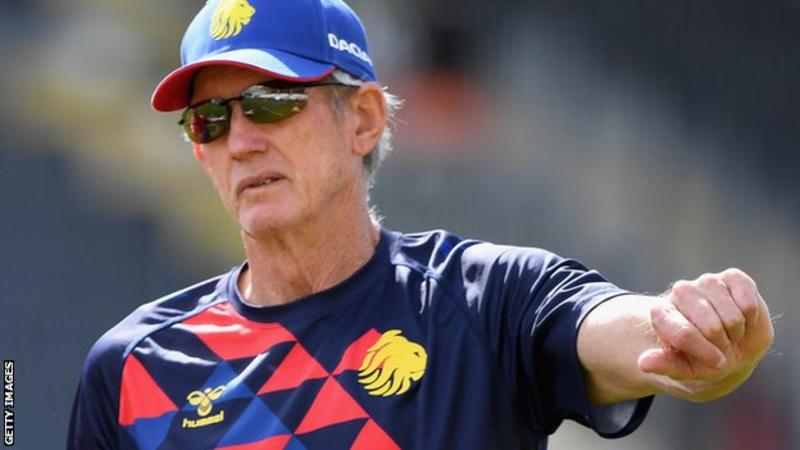 Bennett, a man often referred to ‘supercoach’ for his distinguished body of work and success in his native Australia, has attracted the ire of those who hold the Great Britain brand in high esteem by using the side’s first appearances for 12 years as an opportunity to work on future plans with England.

The starting line-up against the Kumuls was a full English compliment, with Ireland forward Joe Philbin the only representative outside Bennett’s World Cup consideration on the bench.

The 69-year-old has expressed a desire to remain as England’s head coach, dismissing criticism of performances and results, and has openly said the tour – which has taken in New Zealand and Papua New Guinea – has allowed him to do “a bit of experimenting”.

“It is about 2020 and 2021 with those two years featuring Australia Tests and the World Cup,” Bennett said following the Lions’ third tour defeat and second against New Zealand last week.

It is a focus that was first made obvious with his imbalanced selection, having named six half-backs in an initial 24-man squad that included only two wingers and one recognised centre.

Injuries have forced a number of reshuffles and has seen Austin, the Australian-born half-back who dazzled in his first season in Super League with Warrington in 2019, handed two starts on the wing – a position he had never played before.

Bennett, however, does not seem likely to be judged on one month with the Lions alone, with the Rugby Football League’s rugby director Kevin Sinfield saying the veteran coach’s success with England – taking them to the 2017 World Cup final and leading them to a series win against New Zealand last year – will be “taken into account”.

“You’ve got Sam Burgess who has retired, Sean O’Loughlin’s not playing, Tommy Makinson – the Golden Boot winner from last year – is not in, Mark Percival – one of the best centres in the world – is not in, Morgan Knowles isn’t in. I don’t think this is representative of what our best international team is.

“What it does expose is that we’ve got no depth. Once you scratch a few of those main names out, there’s no depth to the playing squad.

“It’s been a poor tour, there’s no getting away from that. We’ve defended pretty well apart from today, but the players will admit that performance levels in the past few weeks just haven’t been there.

“When you’re in the performance industry, Wayne Bennett has put himself under some pressure.”

“He’s said they haven’t improved, they’ve gone backwards. If he thinks that, it’s going to be very difficult to keep his position. It’s up to the RFL now to decide if he’s the man.

“I agree with Jon – next year when they’re at home and they’ve got all players available, England will be a far stronger side.

“For me, international rugby is about selection and I’m not sure he got the selection right. He didn’t change the half-backs when they’ve been poor throughout the tour, and we’ve lacked leadership.”

“For me, from a continuity point of view, he needs to stay in place until 2021. I just don’t think he was the right fit for Great Britain.

“I was looking for something different from Great Britain but I just didn’t see it over the course of these four weeks.”

Why Lealiifano flicked the kicks in Cup opener

Douglas Costa 'could make a shock move to Wolves from Juventus'

Bruce Arians not surprised by Rob Gronkowski's lack of receiving production
We and our partners use cookies on this site to improve our service, perform analytics, personalize advertising, measure advertising performance, and remember website preferences.Ok