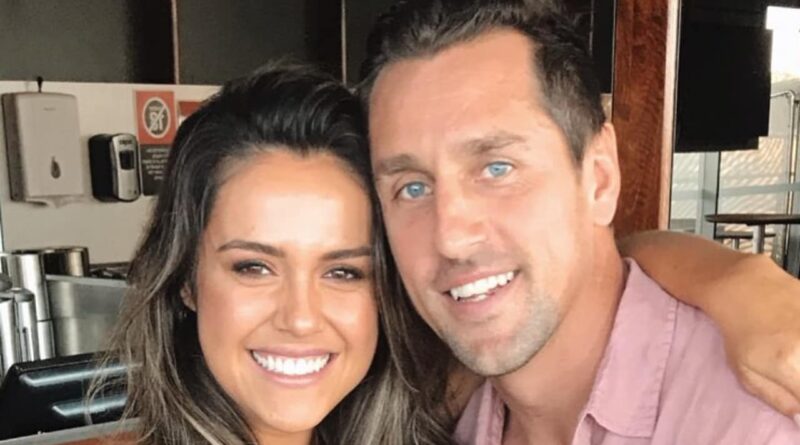 Mitchell Pearce will step down as captain of the Newcastle Knights effective immediately following a text message scandal which has rocked the club.

The half-back’s wedding day was called off just days out from the event after alleged inappropriate text messages from Pearce to a young female club employee.

Pearce was scheduled to marry his partner Kristin Scott on Tuesday in front of 150 family and friends, including some of the biggest names in the NRL.

But in a report from The Daily Telegraph which was later confirmed by the SMH, the 31-year-old was “caught sending flirty text messages to a young female employee of the Knights”.

Kayo is your ticket to the best sport streaming Live & On-Demand. New to Kayo? Get your 14-day free trial & start streaming instantly

On Wednesday afternoon, the Newcastle Knights confirmed Pearce had stood down from his leadership position effective immediately.

“Earlier this week, Pearce met with Head Coach Adam O’Brien, CEO Philip Gardner and General Manager of Football Danny Buderus, to address recent events and to apologise for the distraction and inconvenience they have caused during the Christmas leave period,” the statement read.

“Immediately following this meeting, Pearce met with his teammates and football department staff, to advise the group of his decision to relinquish the captaincy.

“Pearce’s decision followed a lengthy review of current issues, last season’s performance and reflection upon the added pressure the captaincy brings to both his on field performance and personal life. The club is fully supportive of his decision.

“The Knights will continue work to develop a new club leadership model, with a decision on new club leaders – including who will ultimately perform the role of captain – yet to be made.

“The Newcastle Knights are committed to respecting the privacy of their employees, including any discussion of private matters in the public domain. At the conclusion of tomorrow’s media opportunity, no further comment will be made on this matter.”

Pearce is expected to address the media about his decision before returning to training on Thursday morning.

Mitchell Pearce of the Knights.Source:AAP

“It’s not acceptable, there’s no doubt about that,” Buderus told media.

“It’s something we’re all striving for … culture. Culture for us is very important; what we stand for is highly important and we need those players to adhere to that.

“There are standards in all parts of our organisation and that behaviour is not acceptable.”

Buderus was tight-lipped about whether Pearce would step down as club captain, but did not rule it out.

“We still need to finalise those decisions which way we’re going to go with the leadership. We’re not going to be rushed.

“I think it definitely needs to be addressed (immediately) when he comes back … otherwise it can fester among the group.

“I think Mitchell would like it that way; anyone who walks into that group needs to understand what they’ve all gone through and the pressure the club has been under in the (past) 12 days.

“Something probably needs to be said to move on.”

Pearce has represented the Knights since 2017, and led the club to a finals series in the 2020 NRL premiership.