Home » Rugby League » Perfect Panthers, Sticky’s spray and why Manly were NRL’s canaries down the mine in 2022 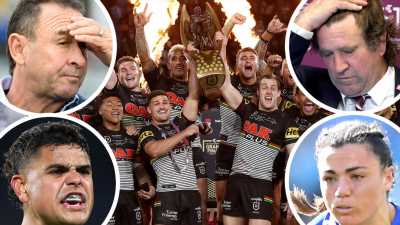 The greatest game of all dished up drama, tears, triumphs and on- and off-field controversies in an action-packed year.

Word of the year

Two coaches sacked on the same day. Queensland spring an upset in arguably the greatest Origin of all time. Manly’s Pride jersey fiasco. Ricky Stuart adding to the rugby league dictionary. Wests Tigers being utterly robbed by an incorrectly awarded penalty from the Bunker.

There was one day in July when Kevin Proctor was sacked for vaping in a stadium toilet while Corey Waddle was charged with eye-gouging. Not bad as far as controversy goes in the code but they barely rated a mention in a wild few months. 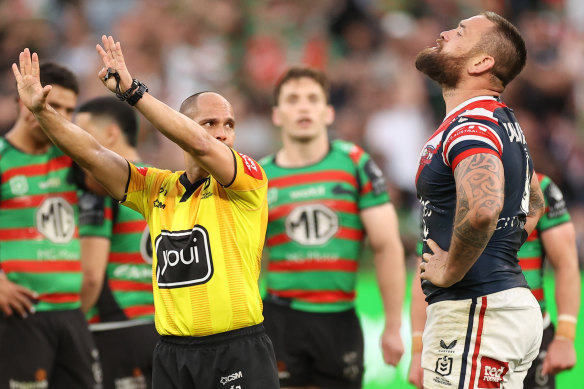 Jared Waerea-Hargreaves is marched from Allianz Stadium by Ashley Klein.Credit:Getty

Seven sin bins in 80 madcap minutes as the Roosters and Rabbitohs lost the plot.

Penrith. How could it not be? For the first time in rugby league history, the NRL, reserve grade, Jersey Flegg and SG Ball silverware all reside in one trophy cabinet, thanks to the Panthers’ $17 million outlay on football programs from the topflight to its youngest junior teams.

The result was 13 homegrown grand final winners torching Parramatta on the first weekend of October. One of the most anticipated grand finals in years turned into an 80-minute lap of honour, though the Eels weren’t alone in being utterly outclassed by their western Sydney rivals. 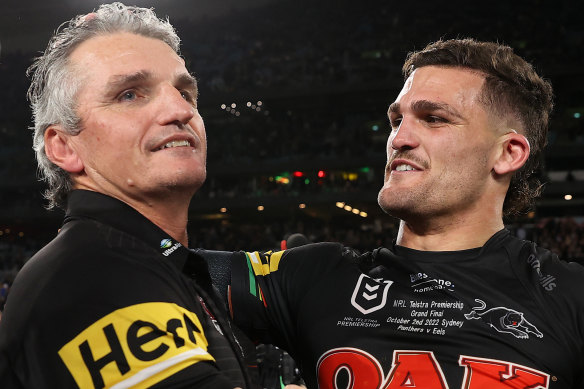 Penrith claimed the minor premiership at a canter despite losing Matt Burton and Kurt Capewell from their 2021 outfit, departures that will be trumped by Api Koroisau and Viliame Kikau when they bid for three on the trot.

Nathan Cleary finished the year as a World Cup winner and starting Kangaroos halfback, albeit with a question mark or two. No such worries in licorice all-sorts garb, Penrith extending both Cleary father and son on more than $1 million each through to the end of 2027.

With three grand final appearances in the past three years, that’s money for jam and a foundation their rivals would kill for. Hard to argue with Penrith already being clear-cut premiership favourites with the bookies in 2023.

The career coaches. Job security is a pipedream when you carry a clipboard but 2022 claimed a couple of the game’s lifers. Des Hasler’s sacking at Manly after a top-four finish a year earlier is a storyline only rugby league is capable of spinning.

As it stands, the club and veteran coach are still settling a six-figure payout. At 61 and having been crafting a succession plan (one of several fronts where Hasler and Sea Eagles hierarchy clashed), we may unfortunately have seen the last of the Mad Scientist as a head coach. 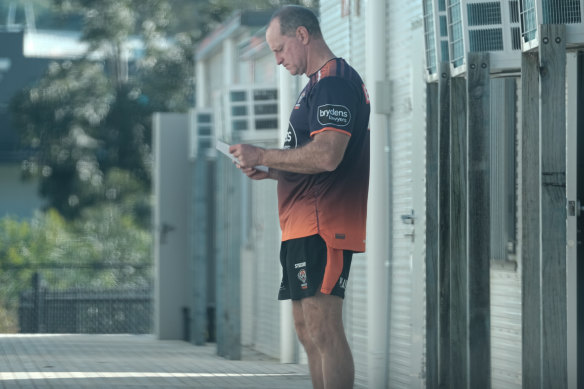 Michael Maguire just moments before he was sacked by the Tigers in June.Credit:Oscar Colman

Michael Maguire’s torturous stint at Wests Tigers also came to a dramatic, inevitable end in early June, with Nathan Brown moving on from the Warriors the same day. After four NRL clubs and tough exits from Newcastle and the Kiwi outfit, Brown has moved into player development and has no plans to chase top gigs.

Maguire has joined Ricky Stuart’s staff in Canberra and is steering the New Zealand national side as the Tigers plumbed even lower depths after his sacking. Maguire looked a thoroughly relaxed man in the months following his exit from Concord and the holiday beard suited him, but he still holds every intention of returning as an NRL head honcho.

The Pride jersey. A bit of rainbow trim alongside Manly’s famed maroon and white kicked off the story of the season and set in motion Hasler’s exit from Brookvale. Seven players sat out a game against the Roosters on religious grounds after the club’s “Everyone in League” jersey was unveiled.

Manly never recovered, didn’t win another game and the Sea Eagles have since deferred any call on an inclusion initiative in 2023 to NRL headquarters. There’s every chance this is one of the stories of next season as well, given rival NRL clubs privately concede they would face similar issues among their players.

Man of the year

Latrell Mitchell. Came of age and then some after his mid-year trip to the US, returning with a new appreciation of his place in the code and building towards rare form to match. Spearheaded South Sydney’s late-season run to the grand final qualifier with charisma and skill that made him the most-talked and most-watched player in the game. Finished with a World Cup triumph and rich new Rabbitohs deal that pushes him into the game’s million-dollar earners bracket. 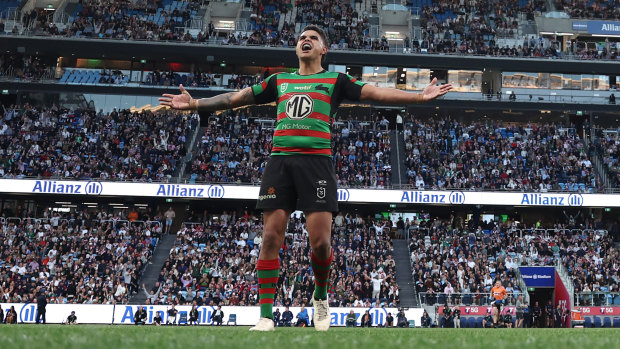 The showman: Latrell Mitchell after kicking a goal in Souths’ win over the Roosters in the first week of the 2022 finals.Credit:Matt King/Getty Images

Woman of the year

Millie Boyle. Already one of the women’s game’s elite performers, Boyle started the year with Brisbane, breaking run-metres records and claiming Dally M honours alongside St George Illawarra’s Emma Tonegato. By the end of the second NRLW instalment, she had played a lead role in lifting Newcastle from the wooden spoon to premiers, captaining the Knights to a first-year title as a marquee signing.

Quote of the year

Ricky Stuart set what had been a humdrum, mid-year press conference ablaze when he went after Penrith utility Jaeman Salmon.

Stuart was given a one-game ban and a $25,000 fine for his verbal attack, which stemmed from history between Salmon and Stuart’s own children a decade earlier.

Coaches will be sacked and in other breaking news, water is wet. Either the Roosters or Rabbitohs will end Penrith’s premiership-winning run, Parramatta will slide as Canterbury and Wests Tigers rise. The Dragons will fall to their first wooden spoon since World War II and NSW will reclaim the Origin shield with Joseph Suaalii making his debut. 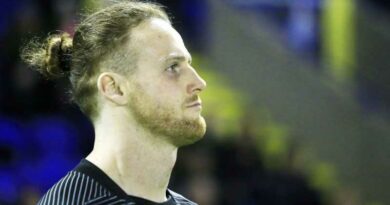