Collingwood coach Craig McRae was hopeful that Darcy Moore had only hyperextended a knee in a collision late in the last quarter of the Magpies’ narrow win over the Gold Coast Suns.

Moore landed awkwardly in a collision with Suns forward Ben Ainsworth, who also left the stadium in a moon boot, though Suns coach Stuart Dew said that was precautionary, with Ainsworth being able to walk unaided off the ground. 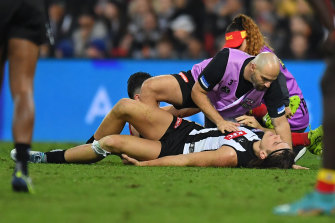 Darcy Moore was carried from the ground late in the last quarter on Saturday night.Credit:Getty Images

“It’s a hyperextension, that’s the first diagnosis, we’ll have to wait for scans in the coming days,” McRae said of Moore.

“It’s hard, because you’ve got care for the player, and you see the replay and you go, oh no, fingers crossed he’s OK. But you look at the clock, and there’s two minutes to go and you’re trying to manage the game.

“So you’re just trying to stay in the moment, to be honest, manage that moment, but as soon as the moment finishes you want to see how he is … Fingers crossed it’s a positive result for us.”

It was a heartbreaking loss for the Suns, with finals now almost out of reach, and with defender Connor Budarick likely to have again ruptured the anterior cruciate ligament in his right knee, which he originally injured in round two last year.

“It doesn’t look great for his knee,” coach Stuart Dew said. “We’re not sure, obviously, but unfortunately for Connor it didn’t look great.

“We feel for Connor because he’s worked so hard, he’s an important member of our side. He’s young. He’s got a big future ahead of him. He’s a fighter. We’ll get around him, he’s clearly a little bit emotional at the moment and that’s totally understandable.”

Collingwood were lucky to escape, with inaccuracy nearly costing them a win for the second time in two weeks, leaving McRae on the edge of his seat.

“I’m sorry to all our fans at home. I know how you’re feeling, because I’m feeling the same. It’s a part of our game we just need to get right because it’s going to cost us.”

Brody Mihocek had a notable brain fade, marking less than a metre out from goal in the second quarter, then having the ball smothered when he played on.

“I don’t know if you caught me on the bench; I wasn’t too happy at that moment,” McRae said. “He apologised to me at half-time.

“You’ve got to value the little things. I just didn’t feel like we did tonight. Go back and kick a goal, ‘Checkers’ … At the end of the day, this game’s about small margins.”

Again, attention fell on prodigy Nick Daicos, who was instrumental with 37 clean possessions, on a night where ball handling and foot skills were at a premium.

“He’s an exceptional talent. They put [Nick] Holman to him in the third quarter to try to stifle his influence, and when the game was there to be won, we thought we’d move him forward.

“Then he went into a stoppage and started to organise others, and he’s in his first year … He just sees things others don’t see, he’s an elite decision-maker.” 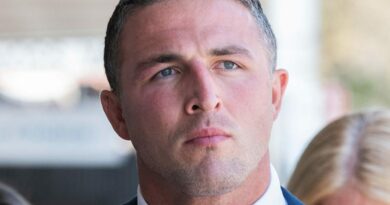 Legend: Ratbag who will save Maroons 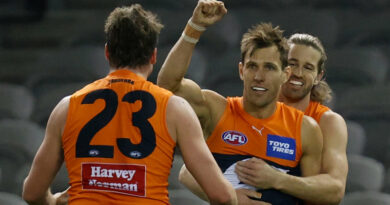 Tigers’ era all but over, as Giants make finals statement