Home » Rugby League » Pies pay a heavy price in Anzac Day victory: Kreuger out for the rest of the season 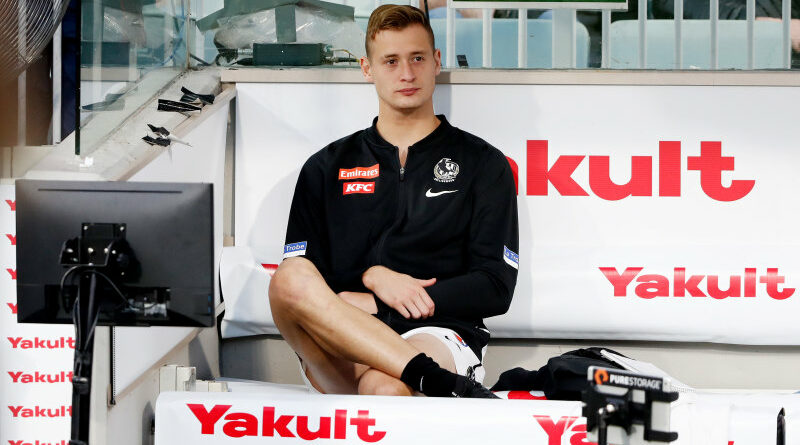 Collingwood gained the four points on the back of a spirited Anzac Day effort, but have lost key forward Nathan Kreuger for the season after the ex-Cat hurt his shoulder during the game.

Collingwood coach Craig McRae said Kreuger, who left the ground in the second quarter and did not return, would have surgery and was expected to miss the remainder of the 2022 season – a blow to the Magpies, whom the coach said had not been able to field the same forward line in six games. 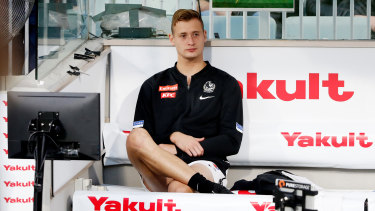 Nathan Kreuger looks on from the bench after being subbed out of the Anzac Day game at the MCG.Credit:AFL Photos

McRae confirmed key forward Kreuger had been a “high percentage” chance of re-injuring the shoulder that popped out in round two, and would now have an operation. Kreuger joins Jamie Elliott as a should casualty, with Elliott expected out until mid-season.

“We haven’t had the same forward line for five six weeks now. It has been constantly moving through illness or injury. Look at our goal scorers [and] I tink we are second in the league for multiple goal scorers. We are finding ways to score. ”

McRae praised the spirit of his team to come back repeatedly at Essendon after the Bombers hit the front in the last term.

“We have been winning a lot of the stats and not winning games and today that wasn’t the case. I loved our ability twice in the last quarter when Essendon got in front and we found a way to come back. That shows great spirit,” McRae said.

A John Noble centring kick that was intercepted by Alec Waterman for a goal in the third quarter was a potentially costly mistake, but McRae said the Pies wanted to embrace making errors.

“We want to make mistakes. Because if we are not we are not going for our kicks. That kick in particular is not part of our game plan to be honest. But we want to bounce back.″⁣

McRae threw Pendlebury on the ball in the last quarter when he had the most clearances of any player.

“We are not going to die wondering…. we are going to make some moves and try to generate something, and Pendles went through centre bounces Nick Daicos went back showed some maturity in the last quarter.

“We just want to be a team that has a go. We will get some right get some wrong but we are not going to die wondering.”

McRae praised ruckman Brodie Grundy for lifting in the last quarter after his opponent Sam Draper had been dominant.

“Jeez Draper is a good player isn’t he? He was hard to stop. I am really proud of Brodie – he is working hard on his game. [He’s] putting a lot of time into taking the marks. [He] took six today,” he said.

McRae said he spoke to the players to prepare them to be ready for a pumped-up Essendon after the Bombers copped a week of criticism. 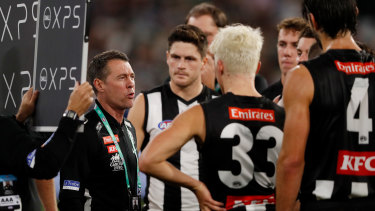 “We did. We thought the game would be pretty hot. We knew they would bring their best effort,” he said.

“We can’t control what effort they have or what spirit they have but gee you would have to think they would bring their best today (after criticism all week) and they did. They had a lot to play for as we did. We thought we had to manage that part of the game with our emotion.”

Essendon coach Ben Rutten said the Bombers took a step forward in their narrow loss, despite the Bombers sitting 1-5 after six rounds.

“From a results point of view, we’re disappointed, absolutely. But…I think we’ve taken a step forward for us,” he said.

“If you look at the start of the year….we’re on a journey to improve. Over the course of the season we’re going to continue to improve.” 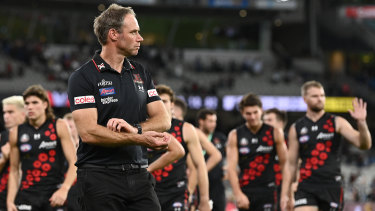 Ben Rutten and the Bombers leave the field after their loss to Collingwood.Credit:Getty Images

Rutten said, however, that Collingwood had moved the ball from the Bombers’ forward line too easily in the first half.

“I thought we were better today, in particular around the contest,” he added.

Rutten said his side’s clearance and first possession work were better than last week, when they thrashed in the second half by the Dockers.

“They [Collingwood] were bouncing the ball out of our forward line too easily…but I thought we improved in that [area] in the second half….I think we had one ground ball win in our forward line in the first half.”

Rutten praised midfielder Zach Merrett for his performance, gaining 35 disposals, just 29 days after returning from his syndesmosis injury, while Jake Stringer also bolstered the Dons in his return from a hamstring injury.

Rutten said defender Jayden Laverde was “pretty sore” after suffering a knock to his foot and knee. 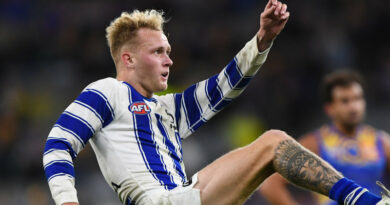