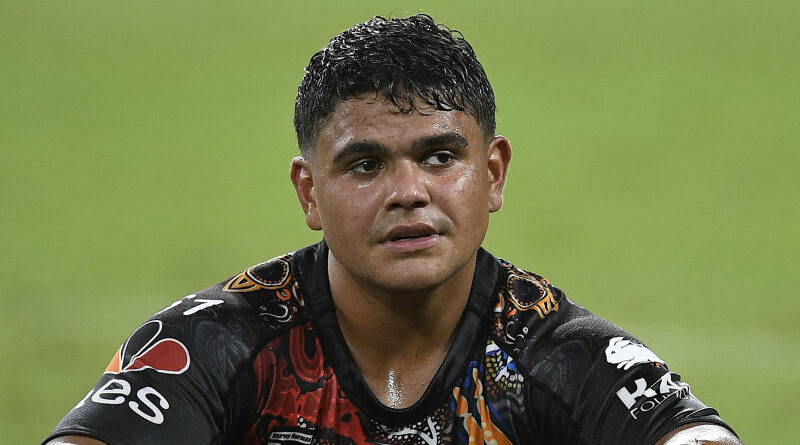 The person responsible for directing death threats at the family of Latrell Mitchell via social media has been given a police caution.

Police have completed their investigations into the matter after Mitchell’s partner, Brielle Mercy, received threatening messages via social media last month. The attacks came after a fiery Rabbitohs-Roosters clash in which Mitchell shattered the cheekbone of friend and former teammate Joseph Manu.

The authorities concluded their probe after identifying the culprit. The offender is eligible for a youth caution under the Young Offenders Act, which will be completed once COVID-19 restrictions are lifted and they can attend the police station to officially receive the caution.

Mitchell apologised to Manu, who accepted the high shot was accidental. Manu’s father, Nooroa, pleaded with the public to stop trolling Mitchell and his family, telling the Herald this month: “We actually feel sorry for Latrell. He’s copping a lot of abuse and we don’t want that happening. We want to make sure he’s going to be all right, too.” 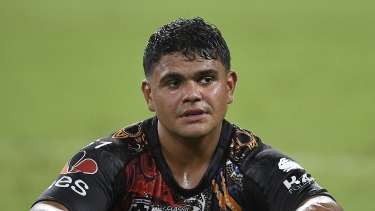 South Sydney star Latrell Mitchell has been banned for the rest of the season.Credit:Getty

Mitchell remains in camp with the Rabbitohs despite not being able to take further part in his side’s campaign. Fill-in fullback Blake Taaffe, who acquitted himself well despite being the target of a Nathan Cleary bombing raid in Saturday’s win against Penrith, praised Mitchell for helping him prepare for the role.

Mitchell has previously reported vile racist abuse directed towards him on social media to police, resulting in charges against two men from his hometown of Taree. Other NRL players have also been targeted on social media this season.

Canterbury winger Jayden Okunbor called out vile racial abuse hurled towards him in August, with the Bulldogs making the incident a police matter.

Brisbane players Tesi Niu, Jordan Riki and Tyson Gamble were among those subjected to abuse after their side lost to Newcastle a few days later. The club took screenshots of the posts and passed them to the police and NRL integrity unit.