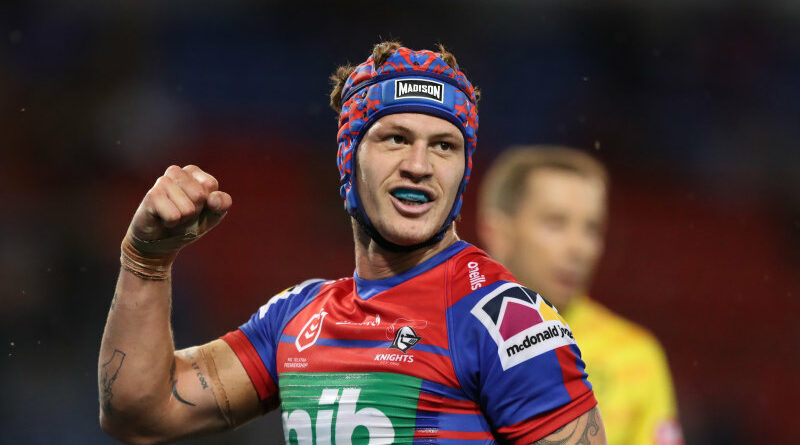 Three of the game’s biggest names will return from injury in round five, with Jason Taumalolo, Kalyn Ponga and Harry Grant set to be named for their respective clubs.

Manly are considering naming Tom Trbojevic for Friday’s clash against the Warriors, but the Herald understands the fullback won’t play despite missing the first month of the season due to a hamstring injury. 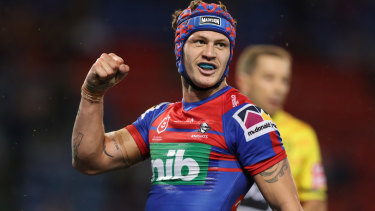 Kalyn Ponga has missed the start to the season due to a shoulder injury.Credit:Getty

The Sea Eagles are in desperate need of a win but round six appears a more likely return date for the NSW and Australian representative back.

Taumalolo hasn’t played since breaking his hand at training after North Queensland’s round one loss to Penrith. The Cowboys will name him in their 21-man squad after the lock forward came through training on Tuesday to earn a recall for their clash with the Wests Tigers at Leichhardt on Sunday afternoon. He is still not guaranteed to play and will have to pass a fitness test late in the week.

Ponga, who missed the first month of the season while he recovered from off-season shoulder surgery, will be rushed back into the injury-ravaged Newcastle side.

The Knights will be without Mitchell Pearce (10 weeks due to a pectoral tear), Kurt Mann (concussion), Jacob Saifiti (suspension) and Tex Hoy (hamstring) after they were decimated by injuries during the St George Illawarra Dragons clash on Sunday.

David Klemmer is a 50-50 chance of playing after picking up a knee injury. The Knights have applied to the NRL for an exemption to pick players from outside their top 30 this week.

The Storm will welcome back their No.1 hooker for the game against Canterbury, with Grant available for the first time since injuring his knee in a pre-season trial.

It would be understandable if Sea Eagles coach Des Hasler wanted to rush Trbojevic back following their winless start to the year, but the club is putting the long-term health of their No.1 ahead of the team’s predicament.

Brent Naden’s team-imposed four-game ban for testing positive to cocaine after last year’s grand final has come to an end, but the centre won’t feature in the NRL for the Panthers this weekend. Matt Burton will hold on to the centre spot after an impressive first outing in the unfamiliar role against Manly last week.

Raiders lock Joseph Tapine is set to return for the clash with Penrith after injuring his ankle in round three.

The Rabbitohs have been forced to bring Benji Marshall into the starting side to accommodate for the suspended Cody Walker, with 22-year-old Dean Hawkins set to make his debut off the bench for South Sydney.

The Sharks and Dragons will be boosted by the returns of suspended duo Jesse Ramien and Jack Bird respectively. Cronulla winger Ronaldo Mulitalo was originally expected to be out for four to six weeks after failing to complete the game last week, but he trained on Tuesday and is in line to play.

Meanwhile, struggling Canterbury will welcome back three players from suspension as they prepare to face reigning premiers Melbourne.

Englishman Luke Thompson will play his first game of the year, while Josh Jackson and Dallin Watene-Zelezniak also return from forced absences.

Nick Meaney suffered broken ribs on the weekend, which means he will miss out this weekend. Corey Allan will move to fullback.