Sonny Bill Williams could be greeted by 1500 extra boos on his NRL return as Canberra sweat on an ACT government decision on crowd sizes before Saturday week's grand-final replay.

Williams has been slated for a round-17 return when the Sydney Roosters take on the Green Machine in the nation's capital. 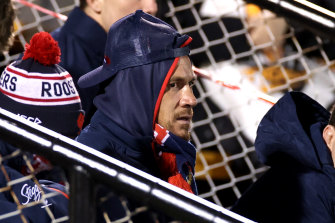 Sonny Bill Williams in the stands at Leichhardt at the weekend.Credit:Getty

"We're in the government's hands. We meet with them every couple of weeks. We're like the rest of society and we're complying. Canberra as a city has done a great job in trying to keep the COVID cases low.

"We'd love for them to consider us for next Saturday. Not only is it the grand-final replay but also what could be Sonny Bill's first game.

"This game would have been a sell-out under normal circumstances.

"There was talk of the crowd increasing from 1500 to 6000, or a quarter of the stadium, but that was before Melbourne had its COVID outbreak.

'We'd love to get 3000 for next Saturday, but we're not putting a number on it. Any uplift would be great.'

"We'd love to get 3000 for next Saturday, but we're not putting a number on it. Any uplift would be great."

An extra 1500 people will not do much to boost the Raiders' coffers, but it will improve the atmosphere – especially the Viking Clap – and put the club in a better position to push for a further crowd increase in time for the finals.

Saturday week looms as a potential shootout for the all-important fourth place and second chance during the finals.

The Raiders would love restrictions to be eased enough by October for them to allow 50 per cent of patrons, or 12,000 fans, into the ground. 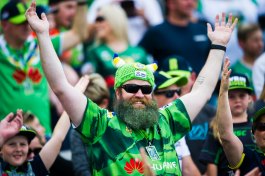 Williams, whose Roosters return only came about after cash-strapped Toronto withdrew from this year's Super League, is being given two full weeks to train with the team before being unleashed in the NRL.

He has already conceded he will be targeted early by rivals because of the amount of time he has had out of the NRL, as well as rugby league itself during the European COVID-19 lockdown.

Roosters great Mitch Aubusson, who declared on Monday he would retire at the end of this season, said Williams still knew how to captivate a room.

"He looks fit and ready to go – coming back in, it's like he hasn't missed a beat," Aubusson said.

"He's asking plenty of questions and has a lot to say during meetings and people listen. It's nice and good to have another old head around."

The Raiders defeated the Roosters in round 10 in one of the club's most spirited efforts to date.

Canberra coach Ricky Stuart said after the 24-20 shock win: “Not many people gave us a chance tonight outside of the people at the club.

"I said last week I don't care what people say or think because they don't know what's actually under the jumper or what we're built on." 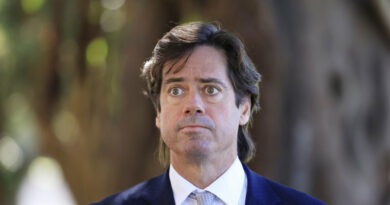 ‘I can see both sides’: AFL open to housing allowance for Swans, GWS coaches