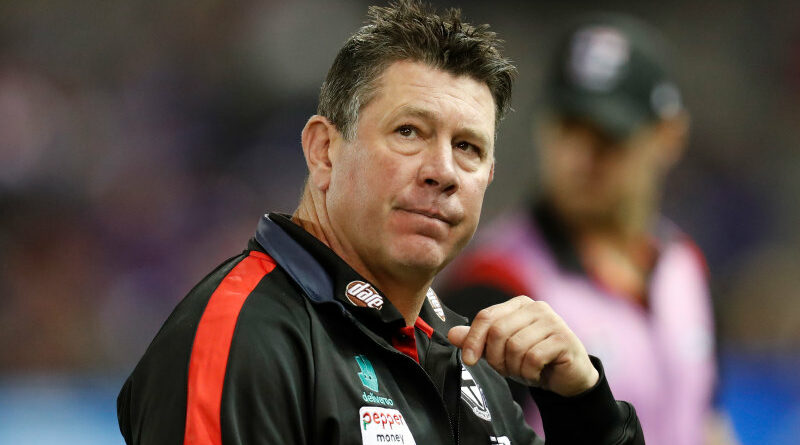 St Kilda coach Brett Ratten has revealed why there were no high-profile selection axings this week – the Saints simply do not have enough fit players.

Ratten had forecast major changes after last week’s 111-point loss to the Western Bulldogs, the club’s fourth heavy defeat this season, with Dan Butler, Brad Hill and Jack Higgins among those under the spotlight. But heading into Saturday’s clash against bottom-placed North Melbourne, three of the five changes – James Frawley (shoulder), Shaun McKernan (toe) and Hunter Clark (groin) – were due to injury. Only Jack Bytel and Jack Lonie were dropped because of poor form.

This prompted former St Kilda coach Grant Thomas to lash out on social and facetiously declare it had been a ”hugely brave statement by Saints”.

Thomas had even wanted star young forward Max King dropped as he “needs to be taught about effort early in career so he understands on the back of a massive new contract at 20yo”.

But Ratten said on Friday injuries at training on Thursday had meant mass changes could not be made.

“We have got three players outside of our emergencies available,” Ratten said.

“One is a category B ruckman, one is a first-year player and one is a second-year player. They (the latest injuries) all happened yesterday so it threw probably some of our plans out,” he said.

King has 13 goals in nine matches but was gooalless against the Bulldogs.

The Saints have recalled Luke Dunstan, Mason Wood and Nick Coffield, while Oscar Clavarino, a second-round draft selection in 2017 who is a strong intercept mark, will debut.

The Saints, having traded for established players over the past two years, are under so much pressure that president Andrew Bassat delivered a letter to members this week claiming their premiership window did not truly open until next year. With a 4-6 win-loss record this season, their hopes of making the finals have taken a hit but they stand only one game outside the top eight.

“He said he went for a spoil and they said he chose to bump. We backed in our player, we believe it was a spoil,” Teague said.

“We understand the importance of protecting the head but when you play a contact sport, we think there’s going to be incidental contact at times. It was disappointing. I don’t think Lachie had any intent (to hurt O’Meara) at all. He would have tucked up sideways and really put a bump on if that was his intent.”

The Blues took the case to the AFL Tribunal only for the ban to be upheld. They then appealed, arguing Plowman had not intended to bump but was intending to spoil in a marking contest. However, it did not matter despite the case hearing there had been “an error of the law” by tribunal chairman Ross Howie.

Teague said Plowman, nursing a corked knee, was “disappointed” with the suspension.

“He knows he went out to spoil,” he said.

The Blues, with a 4-6 win-loss record but set to welcome back Jack Martin for the first time since round two, are still in the finals hunt but face a significant challenge against a robust Sydney on Sunday which had Lance Franklin boot six goals in Perth last weekend.

“They are a good side. They have been able to move the ball a little bit quicker, they are probably kicking the ball from their defensive 50 to their forward line quicker than they have in the past which gives these guys a bit more space,” Teague said.

“I think they are playing an exciting brand of footy and it’s going to be a great challenge for us. They have got plenty of threats. They have (Luke) Parker as well who can go forward, midfielders that can hit the scoreboard, so we have to make sure that our team defence is really strong and limit the supply they get into their front half.”

Hawthorn coach Alastair Clarkson said Shaun Burgoyne will return from an ankle injury for his 396th match -against the Gold Coast Suns at the SCG on Saturday. Burgoyne has missed the past four weeks.

Fellow premiership veteran Liam Shiels will also return, having been a late withdrawal last week because of a sore neck.

“We’ve missed both those guys … if they’re able to return they’ll just give us a little bit of stability around our structures,” Clarkson said.

Controversy behind the scenes at the MCC 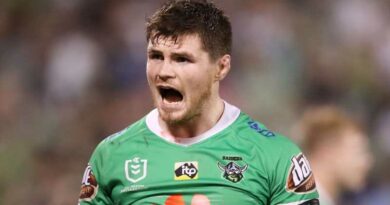