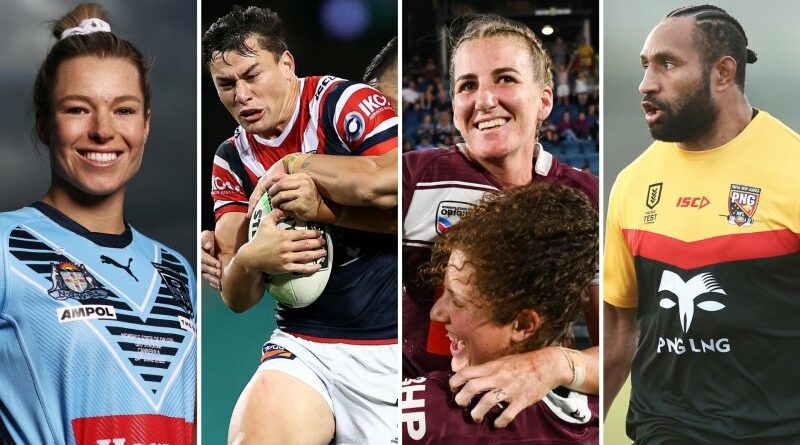 NSW Women v Queensland Women, 7.45pm Friday, GIO Stadium
They’ve got the reigning Dally M medallists at fullback and prop and a pair of Golden Boot winners in the centres, so it’s little wonder NSW arrive in Canberra as favourites.

Jess Sergis and Isabelle Kelly have so often been the Sky Blues’ most potent strike weapons but the arrival of dual-international Emma Tonegato at the back will take some weight off their shoulders. Millie Boyle will lay the platform up front, but you’d be brave to write off a Queensland side when hooker Brittany Breayley-Nati and halfback Ali Brigginshaw are pulling the strings. Brigginshaw is still the game’s premier playmaker despite a quieter NRLW campaign than we’re used to from her. It means the heat is on new Sky Blues halves Rachael Pearson and Kirra Dibb to deliver a pinpoint kicking game. Sky Blues by 6.
Caden Helmers 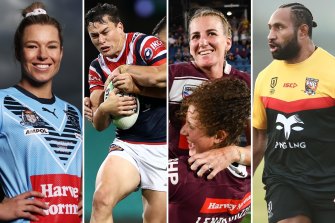 New Zealand v Tonga, 3.20pm Saturday, Mt Smart Stadium
What an absolute belter of a game this will be featuring two countries who will be fighting it out in the World Cup. Tonga have a brilliant forward pack and Kotoni Staggs to plug the halves, which remains their Achilles heel. But it is impossible to be not impressed by the Kiwis’ spine, especially with Joey Manu at fullback. Expect the Rooster to push for man-of-the-match honours. Manu, Jahrome Hughes, Dylan Brown and Brandon Smith are the four simple reasons New Zealand will win comfortably in front of a league-starved home crowd. New Zealand by 14.
Christian Nicolussi

Samoa v Cook Islands, 5.40pm Saturday, Campbelltown Sports Stadium
Could Samoa be the next Tonga? There is an abundance of talent in this Samoan squad and if coach Matt Parish can harness it, they could cause major upsets at the World Cup. Josh Schuster, Anthony Milford, Taylan May, Spencer Leniu, Martin Taupau and Izack Tago are just some of the promising or established stars that have made themselves available for the clash against Cook Islands. This is a wonderful opportunity for Schuster to show what he’s capable of as he prepares to shift into the halves once Kieran Foran leaves Manly at the end of the year. Samoa currently sit behind France in eighth spot in the world rankings, but should be the big improver by the end of the year. The Cook Islands only have a handful of players with NRL experience and should be no match for their more fancied opponents. Samoa by 14.
Adrian Proszenko

Papua New Guinea v Fiji, 7.50pm Saturday, Campbelltown Sports Stadium
Never a dull moment when it comes to either of these sides, with Justin Olam’s habit of ironing out unsuspecting ball-carriers shared by more than a few of his old PNG Hunters teammates called up to national duty here. That said, the Fijians pack plenty of venom too. Viliame Kikau, Mikaele Ravalawa and Maika Sivo can all lay claim to being among the NRL’s heaviest hitters. Fiji Bati boast the talent and NRL names and will be too strong for the Kumuls, but among the faces you already know, keep an eye out for Fijian fullback Sunia Turuva. This Penrith youngster is highly rated and had Wayne Bennett’s Dolphins chasing him in a big way before re-signing with the Panthers a few weeks ago. Fiji by 16.
Dan Walsh

Watch the State of Origin series exclusively live and free on Channel 9 and 9Now. 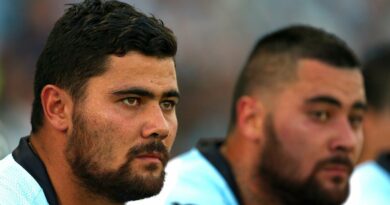 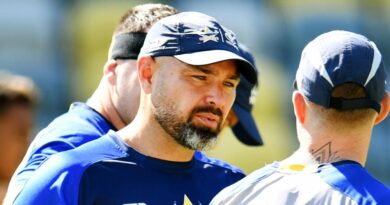