Canberra coach Ricky Stuart was moved to tears in summing up his relationship with retiring champion Paul Gallen.

Speaking after his side’s dramatic 15-14 golden point win over the Sharks, Stuart became emotional as he spoke about his former player at club and state level.

“I think they bit down on their mouthguards for him today and really had a go,” Stuart said.

Live stream the 2019 NRL Telstra Premiership on KAYO SPORTS. Every game of every round live & anytime on your TV or favourite device. Get your 14 day free trial >

“Paul is a great friend. We had a very special relationship as player and coach.

“When you coach kids and young men like Paul to be able to walk away and know that you have a lifetime friend is probably the greatest asset you can have as a coach.”

Stuart coached Gallen over four seasons at the Sharks from 2007 to 2010 where the pair formed a very close bond.

The pair also worked together for the NSW Blues in the State of Origin arena over nine games from 2005 to 2012.

NRL: Raiders coach Ricky Stuart discusses his side’s round 24, one-point win over the Sharks in Golden Point at PointsBet Stadium.

Fox League expert Michael Ennis won a premiership with Gallen in 2016 and knows the bond his former captain has with the Raiders coach.

“They have a really special relationship,” Ennis told The Big League Wrap.

“Ricky really gravitated to Paul in those early days at Cronulla. We heard the story of Gallen going to see the late Ron Massey about how to change the perception of him as a dirty player and what he needed to change in his game.

“They are the things that have bonded and united them together. I remember him saying to me one day about Gallen and Greg Bird and he said I would trust those two with my kids.

“He just loved them they were like sons to him.” 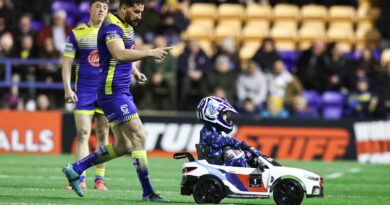 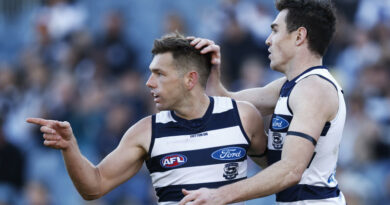