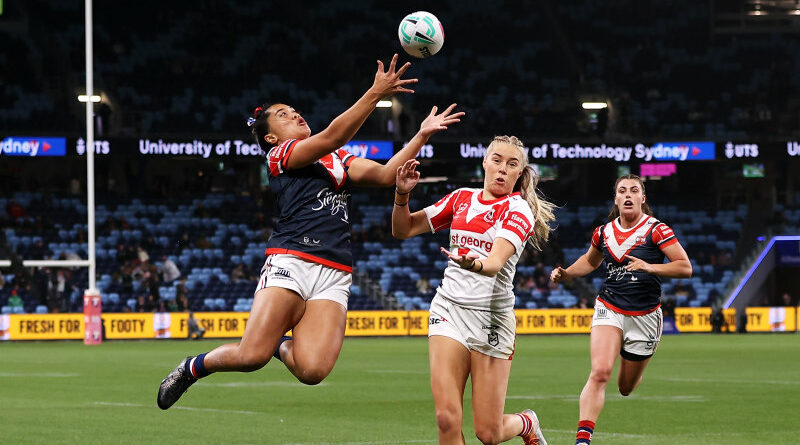 St George Illawarra NRLW coach Jamie Soward urged the NRL to scrap five-day turnarounds after his side was thumped 34-6 by the Sydney Roosters.

Soward’s Dragons were involved in a bruising win over Parramatta last Sunday and the fatigue told as the Roosters clocked up five second-half tries.

Roosters halfback Raecene McGregor was the star of the show, setting up four of her side’s six tries at the opening of the newly built Allianz Stadium.

But it was impossible to ignore how the Dragons tired as the second-half went on, with Soward explaining how difficult it had been for him prepare his part-time side for their grand final rematch.

“I don’t know if the NRL will look at too many five-day turnarounds for the girls,” he said.

“They [the players] had to take two or three days off work. Depending on what your boss is like, that’s hard to get your head around mentally. 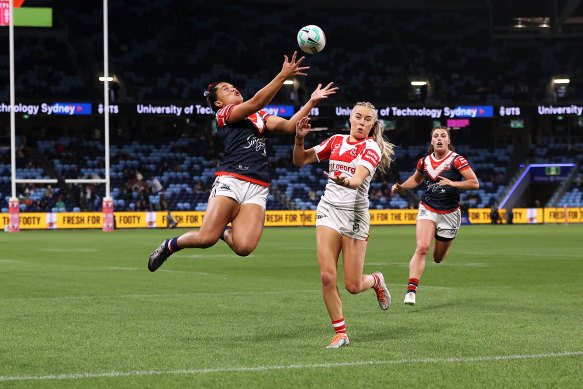 “It was hard to prep knowing we had one session and a captain’s run. I’m not a fan of it just yet. I think if you make it professional and full-time and pay the girls accordingly, you can have five-day turnarounds.

“That’s no excuse – the Roosters were outstanding – but I think that’s something the ‘W’ side of the NRL needs to look at.”

The only bright spot for the Dragons was scoring the first try at the new venue, as happened at the old ground in 1988.

The slice of history this time went to 18-year-old forward Monalisa Soliola, who barged through the Roosters’ defence 15 minutes into the game. 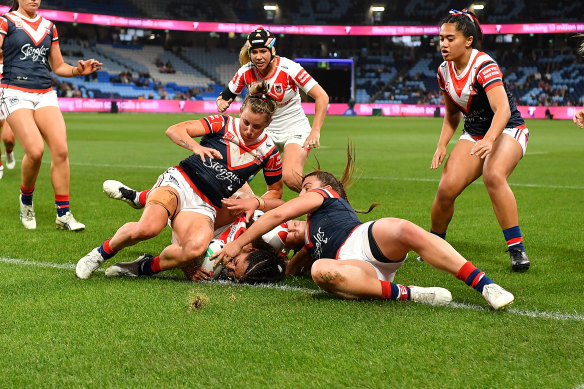 Soliola began playing league only a year ago but the teenager – a second cousin of former Roosters and Canberra forward Sia Soliola – is expected to become a star of the game.

But Friday was McGregor’s night, and she delivered a true halfback’s knock to maintain the Roosters’ unbeaten start to their premiership defence.

Her first two assists came off the boot, one a chip kick to winger Leianne Tufuga and the second to halves partner Zahara Temara.

“She [McGregor] has got the ball on the string and she’s going really well,” Roosters coach John Strange said.

“Her accuracy was pinpoint. She’s been very good and nothing changes with her. She guides the side round really well.” 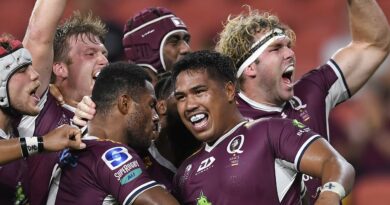 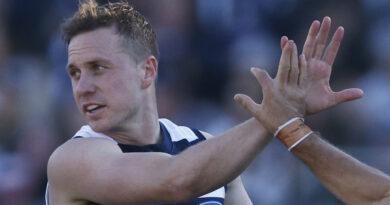 Mitch Duncan to face the Power, Zach Tuohy to miss