The Cameron Smith-Cooper Cronk feud has taken another dramatic twist following revelations of another disputed version of the pair’s falling out.

Smith’s new autobiography, After The Storm, released this week, sidesteps the prickly questions about his split with former Storm, Queensland and Kangaroos teammate Cronk.

Reports this week claimed Smith and Cronk’s relationship was broken when Cronk took offence to Smith’s cold shoulder following his announcement that he would be joining the Roosters after the 2017 NRL season.

REPLAY The State of Origin III Decider 30-mins after full time on Kayo. No ad-breaks during play and Fox League commentary. New to Kayo? Get your 14-day free trial & start streaming instantly

It was then revealed that the relationship actually fell apart when Smith failed to show up for Cronk’s wedding with Fox Sports presenter Tara Rushton.

On Tuesday the story took another twist when reports emerged that it was Smith’s one-world response to Cronk’s wedding invite that tore them apart.

The Daily Telegraph earlier first reported Smith failed to respond to Cronk’s original RSVP for the wedding after the relationship turned icy during the 2017 World Cup. Cronk announced during the tournament he was joining the Roosters — the Storm’s biggest rivals for the 2018 NRL premiership. The Roosters famously won the 2018 NRL Grand Final against the Storm.

The report claims Cronk eventually chased Smith up for an answer on whether the 37-year-old and his wife Barb would be attending the wedding.

Smith reportedly responded with a one-word text: “No.”

Fox League NRL 360 host Paul Kent wrote the pair no longer have a relationship — with that text the “last contact they ever privately shared”.

Weidler said on Tuesday: “Where it all went wrong… was the very rude response that Cameron Smith and his family gave to Cooper Cronk and his family when he was invited to Cooper’s wedding.

“It was a terse reply to a wedding invitation.”

Cameron Smith has a laugh with his Coach Craig Bellamy during a press conference to release his autobiography.Source:Getty Images

Weidler on Tuesday also took a shot at Smith for openly discussing false rumours that claimed he had an affair with Fox League star Yvonne Sampson.

Weidler suggested Smith’s decision to discuss the rumours was used as a salacious story to sell his book.

“I don’t know why he had to dip into the rugby league sewer and pull out a rumour that not many people had heard about,” Weidler told Sky Sports Radio.

“I found that very strange for him to bring that up when Vonny wanted to put this all to bed a couple years ago and was blocked from doing so. And then he brings it up in his book.

“But he won’t discuss the Cooper Cronk situation in his book which is actually a story – when there is a falling out between two blokes that have spilt plenty of blood together over many years.”

It comes as it was revealed Smith pulled his plans to conduct a series of interviews with media outlets on Tuesday morning as part of his ongoing promotional tour for his new book.

Smith held a press conference in Brisbane on Monday to talk about the autobiography, but changed his plans to speak to Triple M Sydney and The Big Sports Breakfast on Tuesday.

If Cordner wasn’t concussed in Origin I, the incident needs an explanation 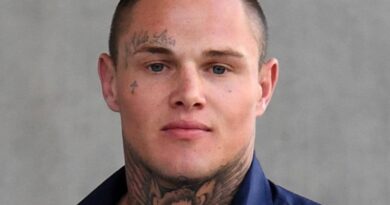