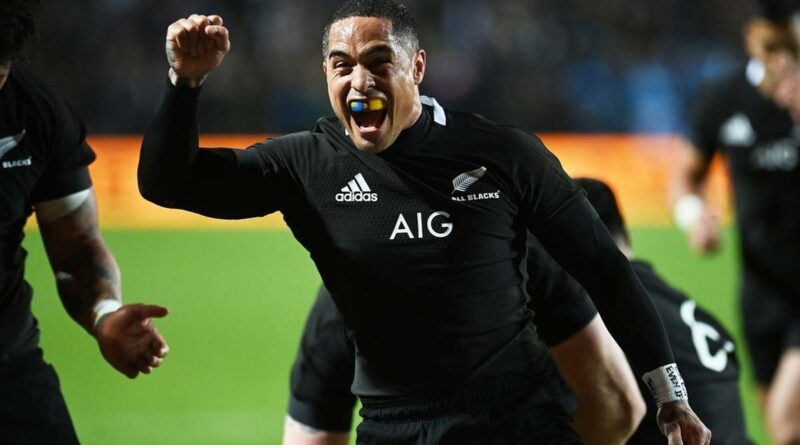 Aaron Smith has been thrust into the starting side for his first test in three months as the All Blacks inject seven changes for their final match of the year in Paris.

Emerging from the deflating defeat in Dublin, the All Blacks will be seeking redemption against France in what is very much a season-defining challenge.

With the stakes raised All Blacks coach Ian Foster has turned to world-class halfback Smith who only joined the team as injury cover last week after missing the Rugby Championship and half the northern tour to be present for the birth of his second son.

Smith played three games for Manawatu but could be short of match fitness after last featuring for the All Blacks in the victory over the Wallabies at Eden Park on August 14.

Brad Weber’s inclusion on the bench – after overcoming the head knock that ruled him out of the Irish test – also points to the pace the All Blacks are keen to adopt from the base.

Beauden Barrett’s unavailability due to concussion hands Richie Mo’unga the reins at No 10 in a significant occasion for the Crusaders playmaker after struggling in his past two tests.

So, too, is it the biggest night of Quinn Tupaea’s rookie test campaign after being handed the start at second five-eighth following Anton Lienert-Brown’s shoulder injury.

Tupaea, the level-headed 22-year-old, should provide the All Blacks with the direct, hard-running presence they have lacked in recent weeks at second-five but in his seventh test there is an element of risk.

On the edge George Bridge has been given something of a lifeline in his call up to replace Crusaders team-mate Sevu Reece.

Up front Foster has promoted experience in the form of hooker Dane Coles and Sam Cane, the latter replacing the impressive Dalton Papalii at openside after he made 28 tackles against Ireland. Cane sat out last week’s loss while continuing his graduated return from surgery. This will be his third test back after six months out.

In other changes to the remodelled loose trio Akira Ioane assumes the blindside role from Ethan Blackadder and Shannon Frizell will make his second appearance of the tour after featuring against Italy.

On the bench loosehead prop George Bower is preferred ahead of Ofa Tuungafasi and Chiefs hooker Samisoni Taukeiaho, the find of the season, will add serious impact with Codie Taylor spelled. Other than Weber, Damian McKenzie and David Havili provide the backline cover.

After a tour in which they have spent 12 taxing weeks on the road confined to a covid bubble the All Blacks are under pressure to respond from their second defeat of the season. Not since 2009 have they lost three tests in a calendar year.

The All Blacks last lost to France in Paris in 1973, and have won the past 14 tests against Le Bleus.

A sell-out crowd of around 79,000 is expected to greet the All Blacks at the Stade de France which is sure to brew a similar intimidating atmosphere to Dublin.

All Blacks side to play France in Paris:

“The best it’s ever been”