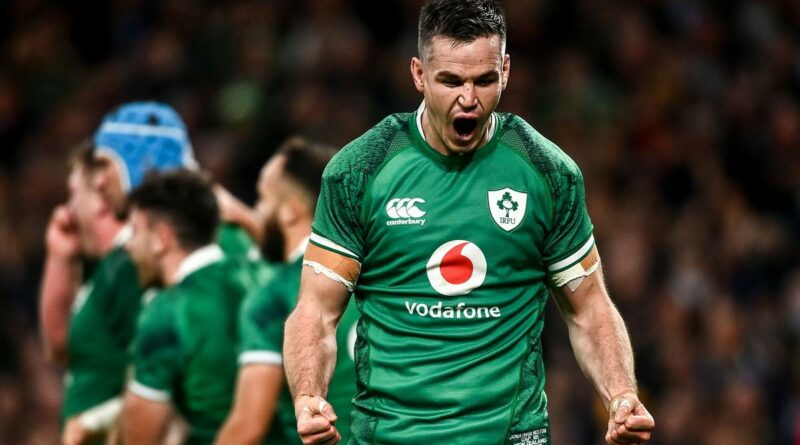 All Blacks be warned – Ireland hope their famous victory on Sunday is just the start of something, rather than a peak point in the current cycle.

The Irish produced a phenomenal display in the 29-20 win in Dublin, achieving a level of dominance over New Zealand that few teams have managed in recent years.

They were superior in almost every facet of play, and only superb All Black defence, along with some wasteful Irish moments, kept the scoreline so close.

It was a benchmark performance, but Ireland captain Jonathan Sexton said it will only have lasting resonance if they can build on it.

“We’ve already identified that this is the start of a two-year journey,” said Sexton. “It’s important that we continue to improve. Obviously if this is our peak then it is not good to anyone.

“The great thing about beating New Zealand is the lift that it gives to the country but you don’t win a trophy, you don’t have something to show for it as such, so as happy as we are, we need to push on again.”

Sexton speaks from experience, as the 36-year-old will have bitter memories of the last World Cup cycle.

After a breakthrough win over the All Blacks in Chicago in 2016, they doubled down with a famous triumph in Dublin in November 2018, in an impressive display of physicality and power.

That capped off a remarkable year, after a Six Nations grand slam (including wins in Twickenham and Paris) and a series win in Australia.

Steve Hansen anointed the Irish as the number one team in the world after that Dublin win, but from there they fell off a cliff, unable to get near the same heights again.

They gave up their Six Nations crown with losses to England and Wales in 2019, before a record 57-15 defeat at Twickenham ahead of the World Cup.

Ireland had lost their swagger and belief and things came unstuck in Japan, with a shock 19-12 group stage loss to the hosts, before a 46-14 quarter-final defeat to the All Blacks, where they conceded seven tries.

Given the progress of the previous three years, it was a chastening experience.

New Zealand-born coach Joe Schmidt had brought them to the top of the mountain – ensuring his legendary status – but they couldn’t find a way to stay there.

They seem better equipped this time round, with a deeper squad and a slightly more adventurous game plan under Andy Farrell.

But Sexton knows the true measure is next June, with three tests in New Zealand.

Ireland are winless against the All Blacks in this part of the world, albeit with some close calls. They lost 24-21 in Dunedin in 1992 and a late Dan Carter drop goal proved the difference in Christchurch in 2012 (22-19), while their 2006 visit saw scorelines of 34-23 and 27-17. But they have also suffered some heavy defeats in New Zealand.

“We have to play them three times [next year],” said Sexton. “We need to keep our feet on the ground. To go down there and take them on in their own patch will be a different challenge for us but that will give us a good barometer of where we are at.

“They are the best team in the world and every time we play them it is a massive battle. Yeah, we have come out on top [on Sunday] but it doesn’t happen by accident. We have been building towards this and the most important thing now is that it is a starting point and not a peak.”

The Suns shine but Geelong too strong