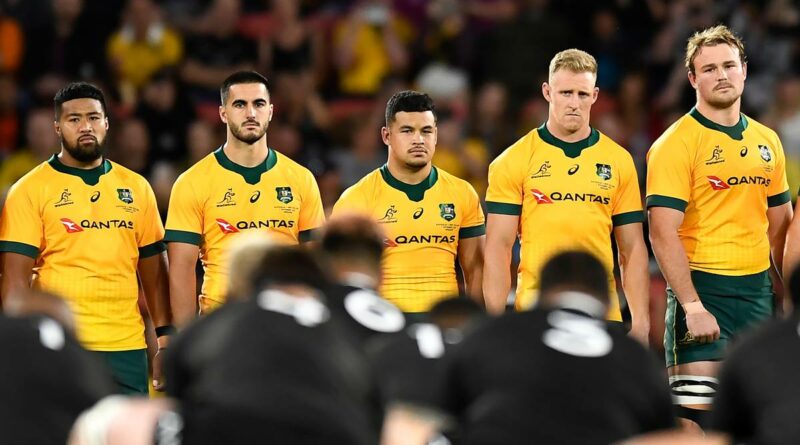 The Rugby Championship will be split between New Zealand and Australia this year, while the Bledisloe Cup series in August could be played in three consecutive weeks for the first time in almost 50 years.

The Herald understands that while Sanzaar was considering the option of hosting the Rugby Championship in either Australia or New Zealand, an agreement has been reached to stage the tournament in both nations.

But while a decision has been reached in principle to share the Rugby Championship hosting, the detail on what a split looks like is still being determined.

Australia hosted the tournament in its entirety last year amid concerns New Zealand’s Covid-19 quarantine requirements were too tough for visiting teams to adequately train and prepare.

The logistics in terms of where the Springboks and Pumas will quarantine and how they can effectively use the travel bubble between New Zealand and Australia are still to be worked through.

It is hoped, however, that once both teams have spent 14 days in one of the Tasman nations, they will be able to travel to the other without any further need to quarantine.

On that basis, New Zealand would like to see the games split so the All Blacks play the Springboks and Pumas in New Zealand, with the Wallabies doing the same in Australia – a scenario deemed the most equitable.

Regardless of location, these games will be played in September and October.

The tournament will, however, begin in August when the All Blacks and Wallabies meet on three consecutive weekends – with two of those tests doubling as Rugby Championship encounters.

The plan is for the first Bledisloe to be played on August 7, possibly in Wellington, with the next in Melbourne on August 14 and the third at Eden Park on August 21.

The Bledisloe hasn’t been played as a three-test series in consecutive weeks since 1974 and it is believed this is the first time such a series will be split between the two nations.

The Herald understands the decision has been made to play the second test in Melbourne to ensure that the game there is not a dead rubber.

Melbourne was due to host the All Blacks in 2020 until the outbreak of the pandemic forced a major restructuring of the season.

The Herald can also reveal that the planned two tests against Italy in July will no longer be played, with the Azzurri having indicated they won’t be coming to New Zealand.

Instead, the All Blacks are hoping to play Fiji at least once, with talks ongoing to see if the visitors can be persuaded to play twice now that it has been confirmed that Ireland will not be visiting the Pacific nation as planned due to Covid-19 concerns.

The All Blacks are also expected to play a third international against a yet-to-be-confirmed opponent.

The schedule for the July tests and the Rugby Championship will be announced in the next two weeks.

Last week the Welsh Rugby Union confirmed a test between the Six Nations champions and the All Blacks will take place on October 31 (NZT), outside of the World Rugby international window.

Ian Foster’s side will also face Ireland, France and Italy on their European tour later this year.

Team of the week: The stars from the weekend’s Super League, Championship and Challenge Cup matches