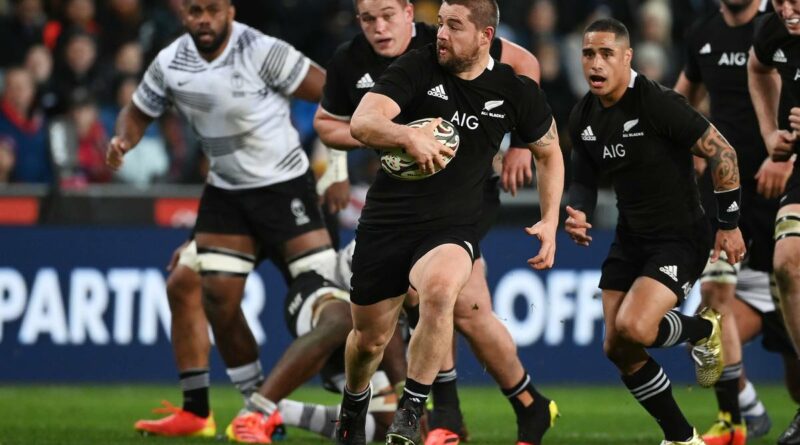 When the All Blacks met Fiji in Dunedin on Saturday, Dane Coles didn’t enter the fray until the 50-minute mark.

By the end of the game, he had four tries to his name.

Coles made an instant impact on the game, scoring three of his tries from lineout drives, cutting through the defensive line with ball in hand, and keeping well up with the play to support his teammates.

With his efforts, Coles became the first All Blacks forward to score four tries in a test, and was a huge factor in extending what was a 10-point lead when he entered the game to the final 34-point margin.

“I was just hanging on to the back of a drive,” Coles told Sky Sport when asked about his try-scoring heroics.

“I just sat on the back and got a few tries. I thought we took control back there and got into the game quite nicely through our drive.

“I thought when we came on, we talk about the energy from the impact, and I think we just took a little bit of control back.”

Fiji, who came into the game with just two full team training runs out of quarantine, dominated the All Blacks at the breakdown and while it made life difficult for the hosts, the Fijians clearly showed signs of fatigue towards the back end of the match which the All Blacks exploited.

But while they were able to put Fiji to the sword in the end, Coles said the All Blacks would need to address the situation at the breakdown in the week ahead, with the two sides set to meet in Hamilton next Saturday night.

“The breakdown, that’s a big part of the game, especially for us, and we were just a little bit off,” Coles said. “We got better, but it’s a test match – you can’t take that long to get it right. We’ve got to give them a lot of credit and make sure we work on it for next week.

“We have to make sure we get good ball. Our ball carrying has to be strong and we just have to put ourselves in a dark place and smash them over the ball because they were good in the punch there.”