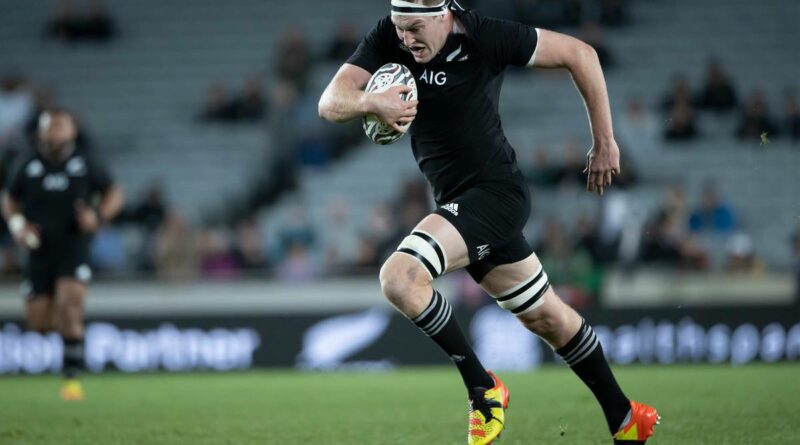 Some players seem destined to captain the All Blacks. Who didn’t know that Richie McCaw, after the way he played in his first test, was going to end up as captain?

It was the same with Kieran Read – he’d been a captain of most teams in which he’d played and the All Blacks was a natural progression.

Others, though, have been accidental or even reluctant captains. Sean Fitzpatrick wasn’t looking for the job when he was given it and Taine Randall, after reluctantly agreeing to take the role when there was no one else to do it in 1998, tried to fire himself.

Brodie Retallick, who will lead the All Blacks for the first time this Sunday, fits somewhere in between.

He has never had his hand up to captain the team or given the impression that it’s a job he covets. Nor has he ever come across as a natural, charismatic leader in the same mould as McCaw or Fitzpatrick.

He came into the team in 2012 having seemingly subscribed to the Colin Meads school of thought that his head should be down and bum up.

It’s a mantra to which Retallick has continued to subscribe throughout his test career to date. He’s never been one to seek or hog the limelight and when he became the first tight forward in history to win the World Player of the Year award in 2014, he accepted it with a sense of reluctance bordering on embarrassment.

He may well have been ferociously proud, but coming from the Meads school of humility, he was eager for his achievement not to be misinterpreted as showboating.

Retallick has never been driven by personal accolades or a desire to be acknowledged – but by this undeniable force within him to play hard.

He’s earned the respect of his peers and indeed his opponents by the way he’s remained so task focused since 2012 – fixed on just the one idea of doing his role the best he can.

His elevation to the captaincy this weekend is not a natural progression the way it was with Read, or even Sam Whitelock, or something that anyone would necessarily consider inevitable.

But nor does he fit the bill as a surprise choice or reluctant captain. He hasn’t coveted the role and he certainly never set out in 2012 on a pathway designed to become captain, but he’s made a strong, inadvertent case nevertheless.

Effective captaincy is built on inspirational performance and Retallick has produced a serious number of those in his career.

Retallick shares certain traits with McCaw. He’s equally driven and his mental toughness is up there and those two factors have enabled Retallick to establish himself as probably the best lock forward New Zealand has produced.

There have been memorably brilliant performances by Retallick – none more impressive than the way he beat up England at Twickenham on his own in 2018.

Four years earlier on the same ground, McCaw destroyed the men in white almost on his own. He was indestructible – earning the ire of the crowd for the way he so easily and regularly stole possession, made impossible cover tackles and even scored a try.

In 2018, Retallick was an even greater force – with barely any rugby behind him due to injury, he hauled himself through 80 minutes where he picked the English lineout apart, knocked the stuffing out of a few big men and crashed through their defence multiple times with his selfless ball carrying in the middle of the field.

England’s Maro Itoje had designs to be the best lock in the world back then, but he was schooled by Retallick that day – given a lesson he will most likely never forget about the intensity and energy that has to be invested to be considered the best.

That’s why Retallick has managed to stake his claim to be captain without actually staking a claim as it were.

Head coach Ian Foster said he had to think through whether making Retallick captain would be burdening him with a responsibility that it would force the big lock to try to be something he’s not.

But he didn’t have to think about that for long as he knew that Retallick has never had any difficulty being Retallick and captaincy isn’t going to change that.

The big man will lead the team with his head down and bum up and attempt to inspire and direct those around him with the way he plays.