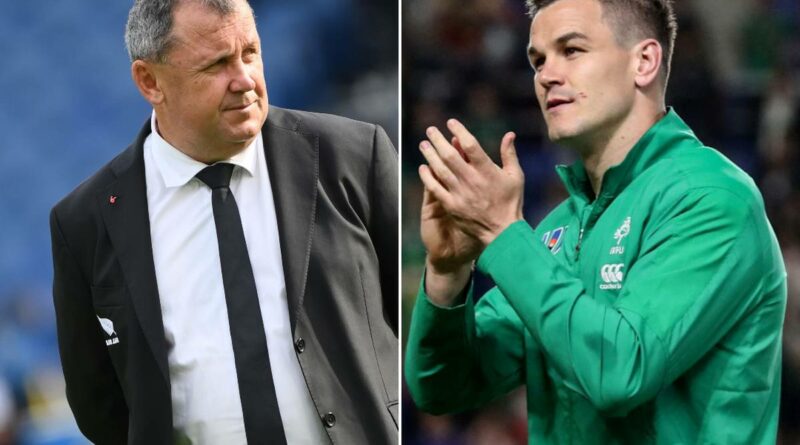 Ian Foster’s All Blacks have emerged from the Steve Hansen shadow, with a new style of their own.

That’s the suggestion from veteran Irish star Johnny Sexton in the lead-up to Sunday morning’s test in Dublin.

The 36-year-old first-five said there was a major change to the way the All Blacks were now defending under Foster, the former assistant to legendary World Cup winning coach Hansen.

“They seem to have put a lot of emphasis on their defence – they have changed,” said Sexton, who has been part of two Irish victories over the All Blacks.

“They used to be a soft line-speed on the edges, they wouldn’t come up, but they have changed fully now from what we have seen.

“They are very aggressive from the outside in and they put you under pressure.

“Something different to play against compared to the past but there are still a lot of similarities with how good they are off turnover and at the breakdown; and some of the key individual threats they have. Some things have changed but others haven’t.”

Sexton said the experienced Irish players would be letting the newcomers know what to expect from the All Blacks.

As Sexton pointed out, there is a strong link between the sides with All Black assistants John Plumtree and Greg Feek having assisted former Ireland boss Joe Schmidt.

“He is just a freak of a runner and has got a lot of skills as well, a great kicking game out of hand, those kick passes that he can do, that small kicking game that he does for himself or for others,” Sexton said.

“He is a strong guy. He goes to the line well, and picks a good pass. He has got it all really.”

PNG v Great Britain: Stanley Gene on how rugby league has helped light up his homeland 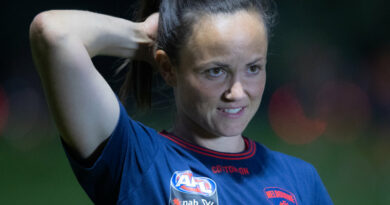