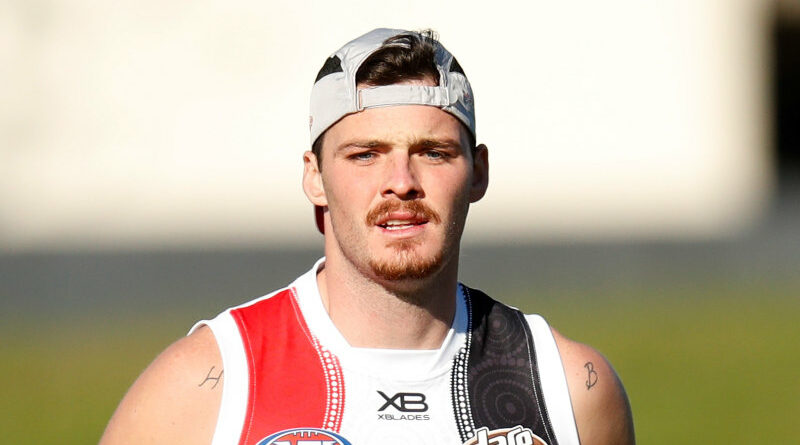 St Kilda's Dylan Roberton has decided to take a break from pre-season to consider whether he should continue his AFL career, having missed 2019 due to an ongoing heart condition.

The 28-year-old will use the time to determine his options alongside specialists and the Saints' medical team. 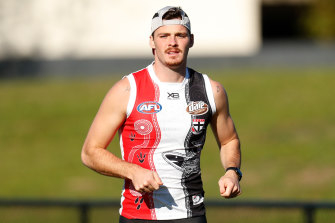 Dylan Roberton is weighing up his AFL future.Credit:Getty Images

Roberton has played just one senior game since he collapsed at GMHBA Stadium with a heart condition in round four, 2018. He missed the 2019 season after having a defribillator surgically installed as a protective measure but returned in 2020 and played the opening game before losing his spot.

He remained with the team in the hub on the Sunshine Coast but was unable to force his way into the side that made finals.

The respected defender had been part of the club's leadership group and was considered one of the best intercept defenders in the game before the collapsed and was taken to hospital in Geelong. He had played 37 games for Fremantle and 92 games for the Saints leading into this season.

St Kilda released a statement asking for Roberton's privacy to be respected while he contemplates his future.

The Saints resumed training last week and invited ex-Roo Mason Wood to join the squad this pre-season to trial for a list spot.

Ponga rates Latrell a similar athlete to himself. Here’s why fullback switch will work