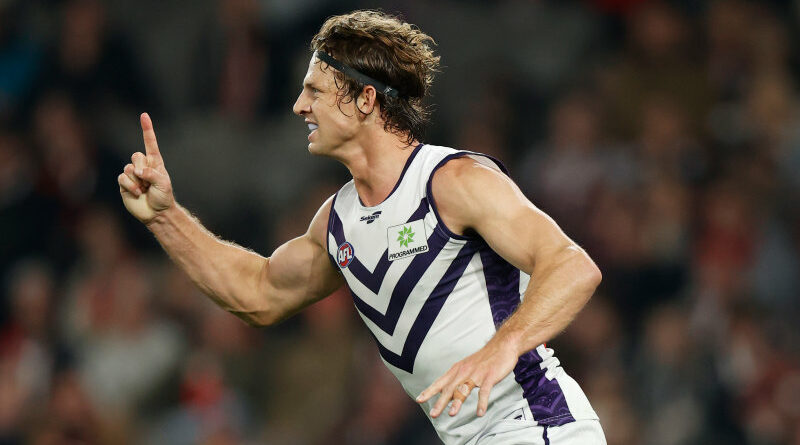 St Kilda are playing for their season in the next fortnight after blowing a gilt-edged opportunity to move into the eight, as Nat Fyfe made a statement in Fremantle’s priceless victory on the road.

Despite a dominant performance out of the centre, the Saints were overrun by a Dockers side which made more of the half in which they controlled to win drawing away by 41 points. 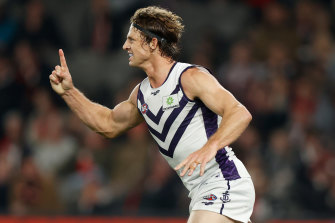 Ahead by eight points at the long break, the Saints were steamrolled in the second half once the Dockers’ midfield awoke from their slumber, conceding 11 goals to three, including a run of seven goals either side of half-time.

The result leaves the Saints in ninth, out of the eight on percentage, with games to come against the Western Bulldogs and West Coast in Perth, while the Dockers are a game and percentage clear inside the top four.

The Saints were dominant out of the middle, winning the centre clearance count 17-8, but lacked the cutting edge to make it count on the scoreboard against a well-organised Dockers defensive system.

Though the Dockers were missing Alex Pearce, a late withdrawal due to a calf issue, Max King had little impact on the game against the much-improved Griffin Logue. 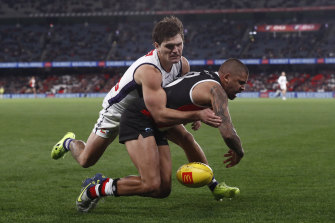 Jack Steele, Seb Ross and Zak Jones had enough of the ball to make an impact on the game, but they did not have a midfielder of the class of Andrew Brayshaw, or a player as damaging as Fyfe.

Fyfe played clearly the best of his four games since his long injury layoff, booting three goals to go with his 21 possessions. His injection into the midfield after half-time sparked the Dockers, who had struggled up to this point.

Despite their dominance of the clearances and distinct territorial advantage in the first half, the Saints could not get the game out of shootout mode until the second term.

Some of their work out of the centre square was pure, with exits out the front or to the side with little pressure. Twice, Ross was able to lace out passes inside 50.

Their attack lacked bite last month when it was King or bust but with the game played on their terms they were not over-reliant on their gun forward.

Tim Membrey was dangerous on the lead, Dan Butler likewise at ground level with his pressure, while Jack Higgins was also a factor with his smarts, though his coaches may question why he could not lay a tackle until the last quarter.

The game flipped after half-time when the Dockers, through Brayshaw and Caleb Serong, lifted in the middle and had more of the game played in their forward half.

This brought their small forwards Michael Frederick and Lachie Schultz into the game, their pressure forcing the Saints into costly turnovers near goal.

Saints fans were livid at three-quarter-time after two contentious umpiring calls went against them just before the siren. First, Jordan Clark was run down from behind by Butler, whose tackle forced an air swing from the Docker but was not rewarded with a free kick. Brad Hill pounced on the spillage, but he too was brought pinned in a tackle, by Michael Frederick, only this time Matt Stevic correctly blew the whistle. Worse was to come for the Saints when Stevic gave a 50-metre penalty for dissent, allowing Frederick to goal after the siren. Perhaps this was one of those occasions when two wrongs did make a right. 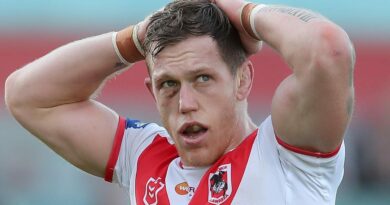 Saints pair out of hospital after worrying injuries