Home » Saints stay in the hunt after drab clash with Kangaroos 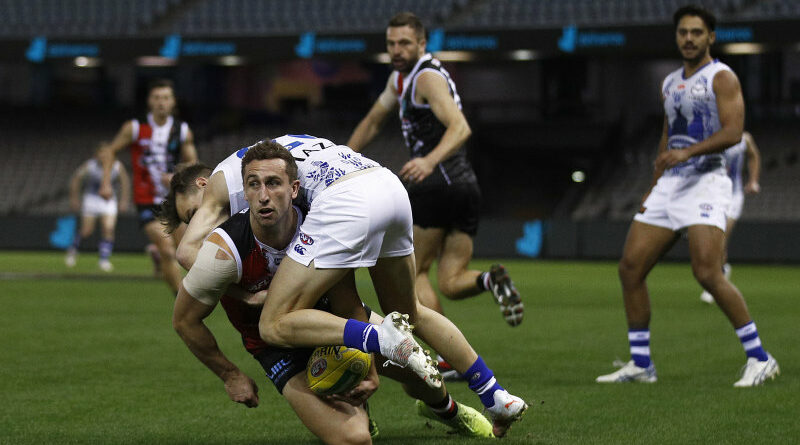 If a low standard match happens and no one is there to see it, does it actually matter?

That such a philosophical question was worth pondering midway through the St Kilda-North Melbourne clash at Marvel Stadium gives an indication of the standard as both teams blundered their way around a ground free of spectators.

Thankfully for the Saints the game did matter as they returned to the winner’s list, defeating North Melbourne for the first time since 2017 in a performance that did little to inspire Saints followers that a turnaround in form was coming. 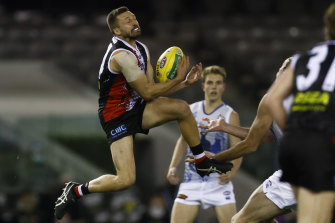 North Melbourne began their second half with more intent, kicking the first two goals of the third term as Nick Larkey and Cam Zurhaar took marks on the lead and converted their chances, but the margin soon returned to above 20 points when Brad Crouch – whose disposal had been sloppy – ran into an open goal from a centre clearance.

The Saints kicked the next three goals in the third quarter to open up a 43-point lead with midfielder Jack Steele again being the best player on the ground while ruckman Paddy Ryder provided a steady hand whenever required.

North Melbourne battled to create forward entries, fiddling around with the ball in the back half as St Kilda stopped them from entering the corridor. They could not win the ball enough at the source with Luke Dunstan a handy inclusion for St Kilda to match hardened Kangaroo Ben Cunnington.

Unfortunately, Ben McKay, who continued his good form in defence dominating Max King, looked to have hurt his hamstring in the final minutes. He held King to just six touches in the first three quarters and appears down on confidence but North Melbourne could do worse than have a developing target like King inside their forward 50.

The Saints went to sleep in the final quarter, allowing North Melbourne to outscore them five goals to one with the margin of 20 points nothing to write home about.

The game will be easily forgotten when the code’s history is written.

Brad Hill tagged at half back

It would be easy to look at the stats sheet and wonder what Brad Hill did all day given he finished up with just six disposals. Unfortunately for Hill the Kangaroos decided to send Bailey Scott to him as a defensive forward. Scott was very disciplined and did not leave his side, having the pace to run with Hill who, to his credit, kept working throughout. Scott had the chance to kick a goal in the third quarter but he missed, with St Kilda coach Brett Ratten eventually moving Hill forward.

Is Jack Ziebell a defender that opponents target?

There is no doubting the commitment or courage of the North Melbourne skipper and he picks up kicks regularly with his second goal – courtesy of a left-handed handball from Cunnington that was Barry Cable-esque – evidence of his class. However, in defence his lack of height can be exploited with St Kilda youngster Josh Battle getting hold of him in the air in the third quarter. If Battle had kicked straight he would have caused some damage.

In the final quarter left-footed Saint Jimmy Webster booted the football straight into umpire Simon Meredith’s head, with the ball ricocheting to almost behind the kicker. Meredith stayed on the ground as Cunnington threw the ball to a teammate and the umpire checked his head was still connected to his neck. The doctor checked him but the Sherrin brand will be imprinted on his chin. 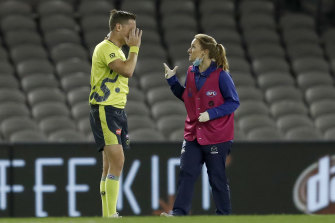 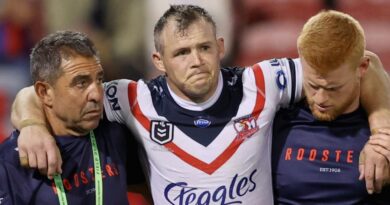 Beale: Wales match will be epic