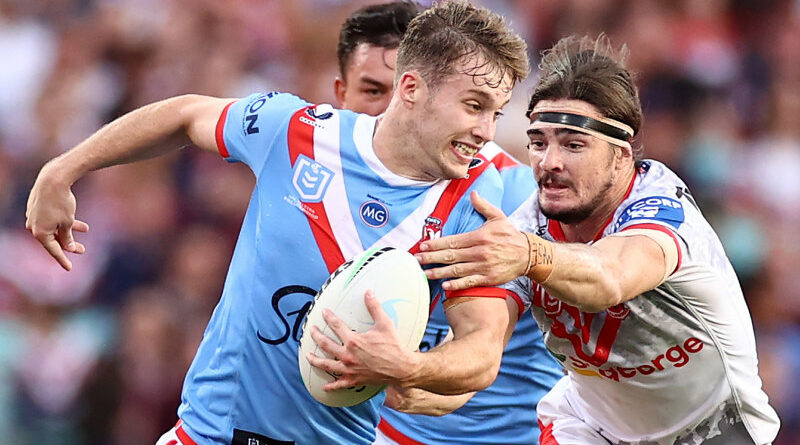 If Sam Walker is the most exciting young star in the NRL, the code’s most dedicated fan is his father Ben who is prepared to travel nearly 40,000 kilometres this season to be at every Sydney Roosters game.

Ben Walker will fly from the Gold Coast to Sydney on Saturday morning before heading to McDonald Jones Stadium, where Sam will play his fifth NRL game for the Roosters against the Knights. 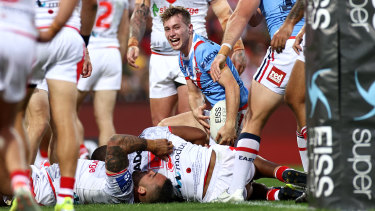 Ben’s parents, Gary and Trish, often said they regretted not getting to more live games when their son and his brothers Chris and Shane played first grade. He knows he is fortunate to have the flexibility to make the weekly flights because of his business.

“The only reason I’m working is to fund my weekend trips to watch Sam,” was all Ben would say when contacted by the Herald about his schedule.

Sam started out in the Broncos system. Had he stayed put at Red Hill, it would have saved Ben plenty of money in travel.

Ben also stays on friend’s couches in Sydney rather than with Sam in his Randwick unit, which he shares with his partner Bella and their housemates, Australian rugby glamour couple Charlotte Caslick and Lewis Holland.

The 18-year-old is loving every minute of playing in the NRL, especially the freedom to play the style he likes at a club he adores.

He is expected to sign a long-term deal with the Roosters. It was hoped an announcement would be made this week, but neither party is in a rush.

“This past month has gone so quickly and it’s all happened in the blink of an eye – it’s crazy to know I’m living out my dream,” Walker said. “I love the ability to play my own [brand] of footy. ‘Robbo’ [coach Trent Robinson] gives me the confidence to go out on to the field and play my style – I’m not pinned down to one side or made into a robot – I can play free-flowing footy and go out and have fun … at this club I’m allowed to do it my way.”

Walker’s education is expected to accelerate again when brought into the Queensland Origin camp at some stage during this year’s series, especially after there was no chance for Paul Green to hold an emerging Maroons camp at the start of the year.

Provided he is given the Roosters’ blessing to break from training, Walker will get the chance to spend time with veteran Maroons Daly Cherry-Evans and Ben Hunt, two players he is expected to succeed in the Origin arena. 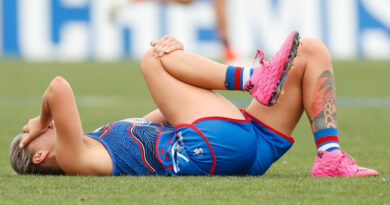 ‘Don’t take anything for granted’: Another Dogs win but Berry down and out

Concussions should be top priority for NRL