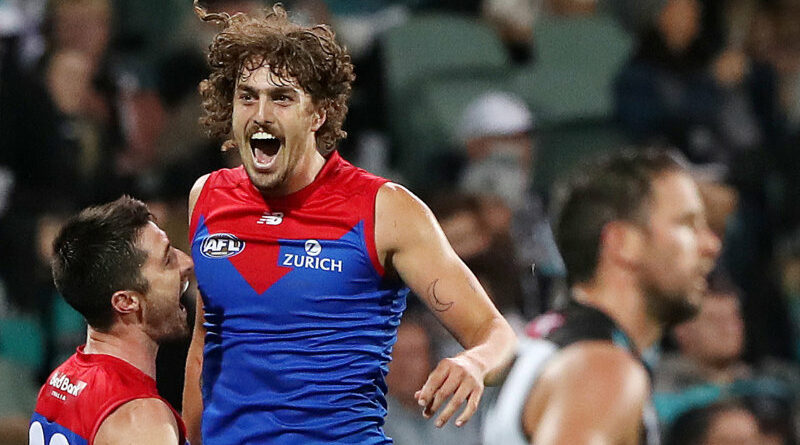 The walls are closing in fast on embattled Port Adelaide coach Ken Hinkley after the Power created unwanted history in their white-towel surrender to Melbourne on Thursday night.

In an opening hour from hell, Port endured the first goalless half in the club’s AFL history and lost Ollie Wines at the break, substituted out of the match with nausea after playing only 27 minutes in the first two quarters.

Never mind the misleading final margin. The Power’s insipid display when the heat was on would have had their supporters feeling just as ill as their Brownlow medallist, an 0-5 start to the season on the cards with red-hot Carlton at the MCG next on the agenda. 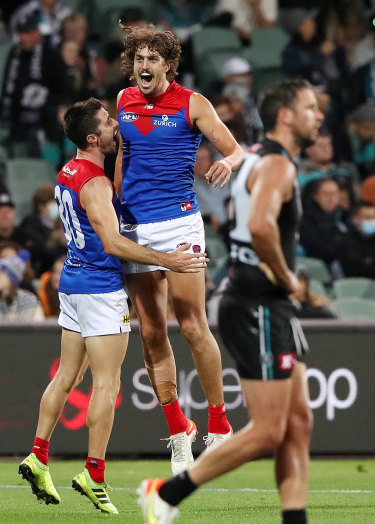 Hinkley, in his 10th season at the helm and yet to take Port to a grand final, was heartened by messages of support from club president David Koch, on radio, and chief executive Matthew Richardson, who was moved to write to angry members.

But this one would have stung.

The Demons only needed to turn on their gilt-edged, supreme best for one 10-minute splash, which was enough for Port’s shoulders to drop and their hearts to leave the contest. 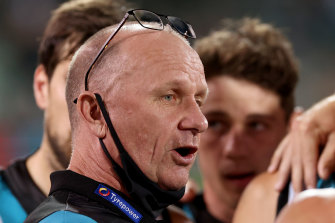 The match was 76 seconds old when Bayley Fritsch converted the first goal of the night.

The second quarter was almost 16 minutes old when Fritsch slotted his – and the game’s – second major.

In between Fritsch’s two strikes, the Power fashioned long periods of territory supremacy but their penchant for bombing indiscriminately against the competition’s safest, most organised backline was never going to be a winning formula.

Meanwhile, Melbourne methodically maintained their patience, remained strong at the contest and waited for the tide to turn.

When it did, it was a deluge.

Captain Max Gawn was a tower of strength all over the ground, Christian Petracca successfully shrugged aside Willem Drew’s tag and Steven May had a field day in defence.

Suddenly Port’s five-point deficit had blown out to 37 when their chastened players walked, heads bowed, into the sheds at half-time.

The Power’s agonising wait for their first goal finally ended 22 minutes into the third term when Sam Powell-Pepper, beyond his limited range, hand balled his free kick to the lurking Dan Houston, who curled through a beauty from range.

Port managed to avoid their lowest-ever score and limited some damage with a flurry of late consolation goals once the Dees had well and truly taken their foot off the gas.

Todd Marshall had a long set shot after the half-time siren to finally break Port’s goalless drought, only to be denied by a mindless act of ill-discipline from teammate Zak Butters.

Marshall had started his measured approach when the umpire’s whistle sounded – and it quickly became apparent Butters was the culprit after needlessly throwing Demon Jake Bowey to the turf behind the goal square.

Butters, sheepishly, received more pats on the back from opposition Melbourne players than his own distraught teammates.

Mitch Georgiades looked like ending the goal famine in spectacular style when, 10 minutes into the third stanza, he accelerated away from Trent Rivers with a long scurry from the wing to the goalmouth.

Georgiades bounced the pill twice, sold Angus Brayshaw a dummy and shimmied left, only for his goal square shot to be smothered by Jayden Hunt.

The Port forward picked up the ball and hand balled it to nearby Sam Mayes, whose snap split the middle but was confirmed via score review to have flicked the hand of James Jordon on its way through.

Bubble boy: Cook prepared to do ‘what needs to be done’ to save NRL season 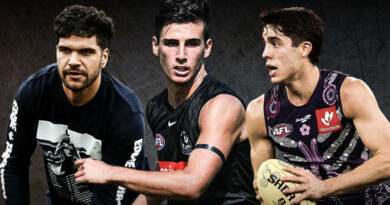