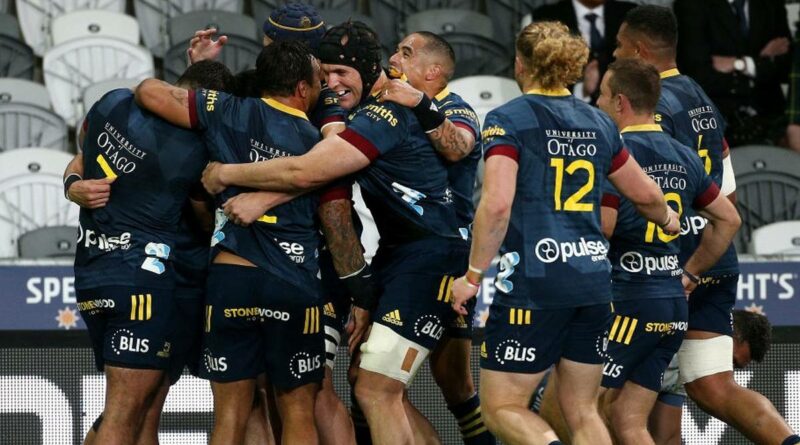 Should the Blues fail to reach the inaugural Super Rugby Aotearoa final, they can reflect on Friday’s deeply frustrating defeat to the Highlanders in Dunedin as the moment they self-destructed.

Truth be told, the Blues haven’t impressed for over a month now, since beating the Highlanders at Eden Park. Leon MacDonald’s men have since won one of their past four games. Even the victory over the Hurricanes during that time was unconvincing.

In a breathless match under the roof that featured four first-half lead changes the Blues had ample chances to kick away in second place but poor discipline, option taking and slow reactions on defence proved costly.

A first-half yellow card to Hoskins Sotutu cost seven points but the Blues’ hopes were ultimately killed off by Alex Hodgman’s moment of madness that earned him a red card in the 73rd minute – the All Blacks prop rightly dispatched after launching his shoulder into the head.

This loss opens the door for the Chiefs, two points back in third and riding a three-match winning run, to upset the Crusaders in Hamilton on Saturday and usurp the Blues.

And with the Crusaders in Christchurch next week, the Blues could well fall further off the pace, though a late bonus point following a Sotutu try could be extremely valuable in the next two weeks.

The Highlanders fully deserved their third win of the season, their first at home, that keeps their slim finals hopes alive, having scored five-tries-to-four and played much smarter.

After their extra-time defeat to the Chiefs at home last week they returned to the intent that spurred them to stun the Crusaders in Christchurch two weeks ago.

Aaron Smith was at the heart everything for the southerners – his defensive stop on Sotutu leading to Jona Nareki’s 60th minute try that gave his side breathing room after leading 22-17 at halftime.

The Highlanders’ loose trio were outstanding, too. Japanese No 8 Kazuki Himeno scored a try and was busy at the breakdown; former Crusaders openside Billy Harmon snaffled telling turnovers and Shannon Frizell carried prominently and made crucial spot-tackle hits, as he has all season.

Defensively the Highlanders scrambled superbly all night – twice thwarting two brilliant Caleb Clarke breaks in the second half as a lack of support cost the Blues.

The Highlanders attitude was epitomised in the final stages with Josh Hohneck stealing the turnover to end the match. Time and again, the Highlanders’ desperation shone through.

The Blues were dealt an early blow when they lost stand-in skipper Tom Robinson to a head clash in the third minute, handing the captaincy to second five-eighth TJ Faiane with Akira Ioane injected as a replacement.

Despite that setback the Blues started well with Dalton Papalii pushed out in the corner and Jonathan Ruru scoring an audacious try by pinching Aaron Smith’s pass off a lineout on his own line.

As would be the case throughout, the contest swung the Highlanders way with Himeno driving over after Smith’s quick tap.

The Highlanders’ kicking game troubled the Blues as Mitchell Hunt and Josh Ioane regularly found space in behind the defensive line. Now on the backfoot, the Blues also lost their way with discipline, conceding seven penalties to the locals’ one.

That included Sotutu copping a yellow card for cynically kicking the ball out of Bryn Evans’ hands as he dove for the line. From the resulting scrum, Josh Ioane crossed to ensure the Highlanders regained the lead after scoring 15 unanswered points.

While one man short the Blues did not stop attacking. Sam Darry slipped a silky offload to locking partner Gerard Cowley-Tuioti for a big bust up the middle and a slick Ofa Tuungafasi spin and pass movement created enough space for Rieko Ioane to strike.

The Highlanders weren’t done, though. Just before the break Tony Brown’s creative genius came to the fore from a perfectly-executed lineout move – Smith delivering the inside ball to send Ngatungane Punivai over to snatch the halftime lead, and they were good enough to hold on to the finish.

Sivo and Reynolds to find out fate before NRL Nines