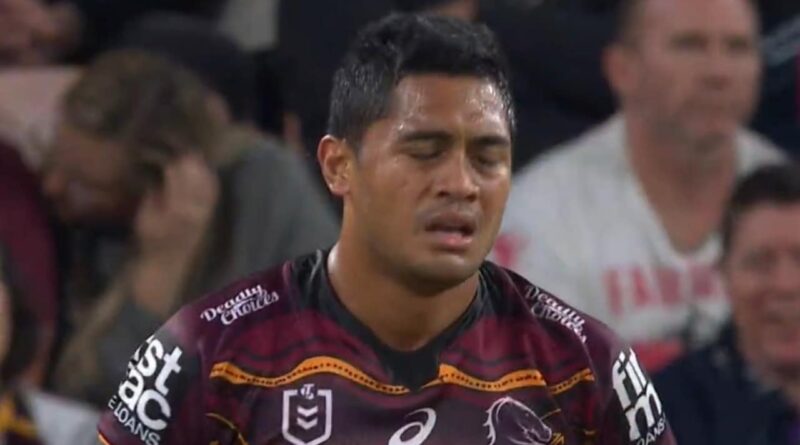 The Brisbane Broncos’ 40-12 loss to the Melbourne Storm was tough viewing for the club’s diehard fan base for a mountain of reasons.

The loss may have also finally closed the door on the Broncos career of Anthony Milford, who on his third chance at the starting playmaker job in 2021, was shredded by fans.

Fielding the sixth halves combination this season, the Broncos’ Albert Kelly and Milford had nights to forget

Milford did have a try assist but also five missed tackles and was slammed for a sloppy passing game before being hooked late in the game so the Broncos could play Dale Copley.

Through the first half, Fox League commentator Andrew Voss asked: “What has gone wrong with Anthony Milford’s passing game tonight?”

Fellow commentator Greg Alexander replied: “Well it hasn’t been up to standard. I don’t know why I can’t answer that. That’s too hard a question. It is only something Anthony Milford can answer.”

Apparently Anthony Milford has forgotten how to pass the ball. #NRLBroncosStorm

It’s been a tough run for Anthony Milford.Source:FOX SPORTS

Kelly on the other hand had three errors with neither player putting their stamp on the game as the Storm ran in seven tries to two.

Asked after the game if Milford’s confidence was shot after vision of the half punching the ground was captured, coach Kevin Walters “he’s just disappointed”.

“He’s not playing to his ability and that would be frustrating,” Walters said. “It’s just about working harder and working smarter and trying to fix it up.”

Asked if he was doing enough to get a new deal for next year, Walters said “I don’t think anyone’s getting a new deal after tonight’s performance”.

He added that everyone was struggling, not just Milford.

But as a $1 million dollar a season player, the spotlight is brighter on the underfire half.

Having been dropped to reserve grade twice this season, Milford has been unable to recapture the form that took the Broncos to the 2015 decider with Walters seemingly putting the final nail in his Broncos coffin.

Milford has been linked to the Sharks and Gold Coast but on a drastically reduced contract.

At halftime, Michael Ennis said that Milford “absolutely shot for confidence” and that he “feels sorry” for the playmaker.

“Tough night. I feel sorry for Milford,” he said on ‘The Late Show with Matty Johns.

“Start of the year he was up and down, back in Queensland Cup, back up. Last week they have a great win, Tyson Gamble is suspended and they put him back up. His confidence must be shot.”

Bryan Fletcher said it was tough for Milford to come in after being told he's not part of the Broncos’ plans, while Gorden Tallis said “he’s had plenty of opportunities”.

Anthony Milford has been hammered for his performances.Source:Getty Images

Eels legend Nathan Hindmarsh said he always seemed to be a square peg in a round hole at Brisbane.

“Was he ever the superstar we wanted him to be?,” he asked.

“He had great seasons down there at Raiders. He was one of those guys who went on the field and created something. Then we elevated him to this position.”

“You see him tonight he was trying to ball play. That is not his game. His game is to just catch the ball and challenge the defence.

“They’ve always wanted him to be the player he wasn’t going to be – the playmaker, finesse the football, lead the side around the park.”

Please sub off Anthony Milford… send him back down until he’s ready to play NRL again. This is woeful. #basics#forwardsholdinguptheirend#backsarentdoinganything 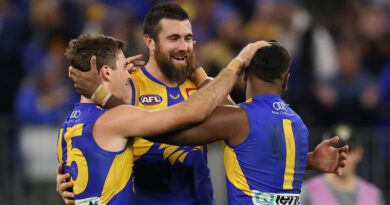 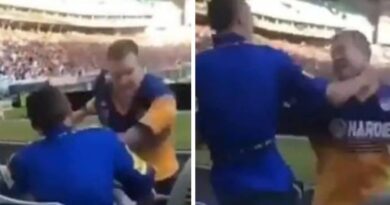 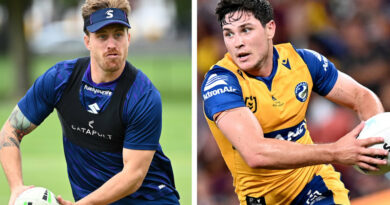