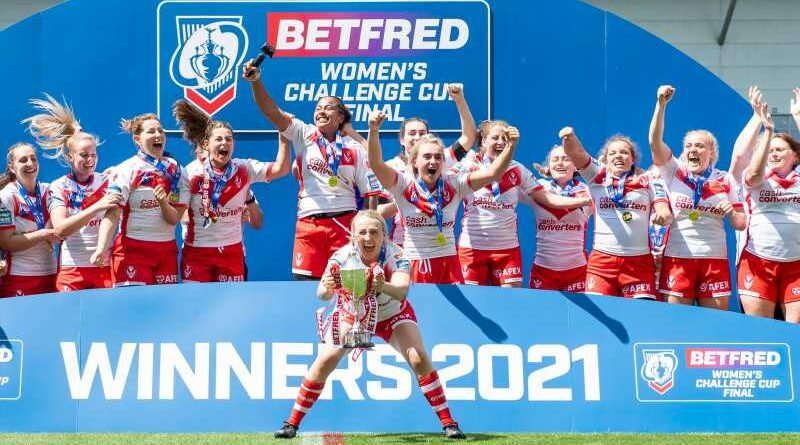 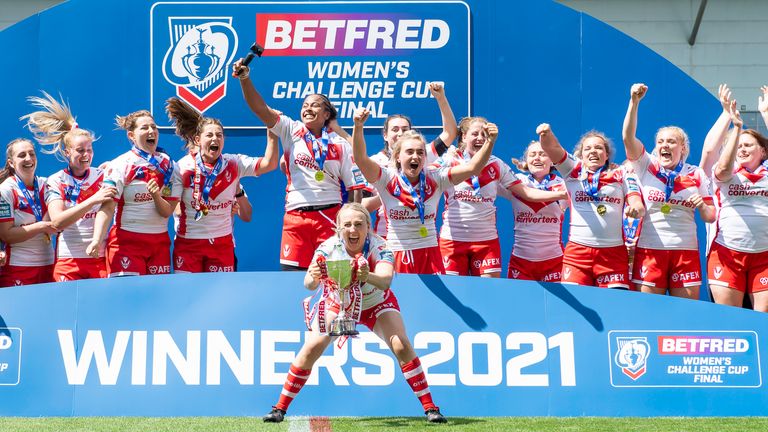 St Helens have won the 2021 Betfred Women’s Challenge Cup final thanks to a 34-6 victory over York City Knights at Leigh Sports Village.

Saints justified their status as pre-match favourites by producing a clinical display against a gallant but out-gunned Knights team, running in seven tries to one in a match that was shown live for the first time on terrestrial television.

St Helens, who overcame the early loss of scrum-half Faye Gaskin with an ankle injury, demonstrated their superior athleticism and flair by using the full width of the pitch to create tries for wingers Danielle Bush and Rachael Woosey which gave them an 8-0 advantage.

York were far from daunted, however, and stand-off Rhiannon Marshall and hooker Sinead Peach were both held up over the line before the game went away from the Yorkshire side in the final 10 minutes of the first half. 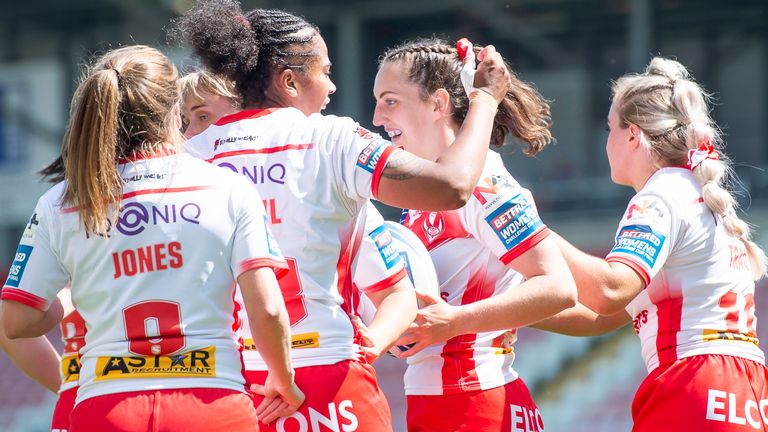 Long-range tries from second rower Emily Rudge, the England captain who was named player of the match, and centre Amy Hardcastle were both converted by Beth Stott as Saints established an unassailable 20-0 lead.

York pounded away at the Saints line in the third quarter and finally cracked their opponents’ resolute defence when Peach chased her own grubber kick and got the touch for her side’s only try, which was converted by Marshall.

The comeback was swiftly ended when Rudge collected a stray kick to turn defence into attack and create the position for Woosey to score her second try on 55 minutes.

Saints emphasised their superiority in the final quarter as centre Carrie Roberts and second rower Paige Travis added further tries, the latter awarded in another first for the women’s game by the video referee, and Stott kicked her third conversion to wrap up the scoring. 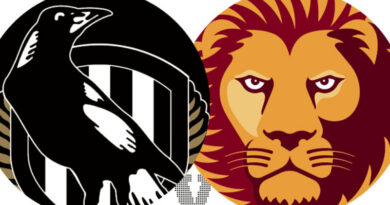 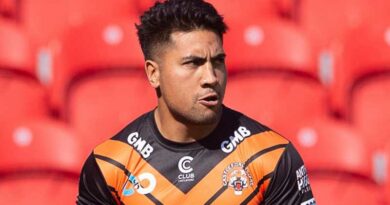 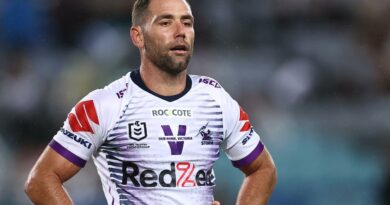