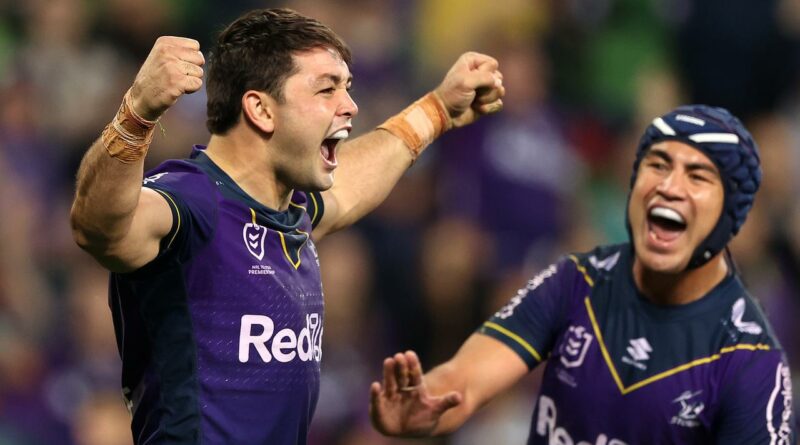 Storm hooker Brandon Smith insists that he will remain at the Melbourne Storm next season and has tipped his coach Craig Bellamy to be by his side.

Smith, on contract until the end of 2022 and in a contest with Harry Grant for the starting rake role, was given permission to discuss an early exit in the pre-season by the Storm so long as Melbourne could secure a suitable replacement.

The Bulldogs headed a list of suitors keen on his services, and Smith confirmed recently that he had an impromptu discussion with Canterbury coach Trent Barrett in Melbourne.

The Storm, in the wake of Cameron Smith’s retirement, want to keep Brandon Smith and after starring in the 40-12 win over Brisbane the New Zealand international gave a definitive answer on his future.

“I will be at the Melbourne Storm next year, 100 per cent,” Smith said.

“I can’t leave that contract. I have spoken to (Storm general manager of football) Frank Ponissi and my contract is solid for next year. That is my future.

Bellamy, off-contract at the end of the year, is tipped to re-sign with the Storm, and Smith was confident he would also be at Melbourne in 2022.

“He is on a fair wicket and you wouldn’t want to give it up, would you?

“Whatever we are doing at the Melbourne Storm we are doing something right. Craig knows how to get the best out of his players.”

Bellamy remained coy about his future when asked whether he would be on-board for what would be his 20th season at the helm of the Storm.

“I think the club and team will be fine if I am not there. We have systems in place. I am confident, whether I am there or not, that this club will go on fine.

“These players, since the Big Three retired, have taken on a lot of responsibility as well, and it (the transition) has probably been a bit smoother than I thought it would be.

Smith said Bellamy was the driving force behind the Storm’s phenomenal success and a key reason why the club had won nine games on the trot this year despite having key players like Ryan Papenhuyzen, Grant and Cameron Munster on the injured list

“Obviously, a lot of teams train differently and they have a playing style, but we are very effort orientated.

“There is that famous saying ‘the harder you work, the luckier you get’. At the Melbourne Storm that is instilled in us real early.”

Smith has the ultimate competition for the starting spot in his favourite position in Maroons hooker Grant but said he was at peace with that scenario.

“He is a gem of a player and a great bloke. The thing about Harry is that he elevates people around him, which is something I want to try and get better at,” Smith said.

“I am more of a one-trick pony myself, but we work together as well.

“I wouldn’t say we are fighting over the position. I’d say we are just sharing it.” 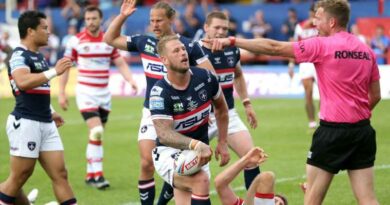