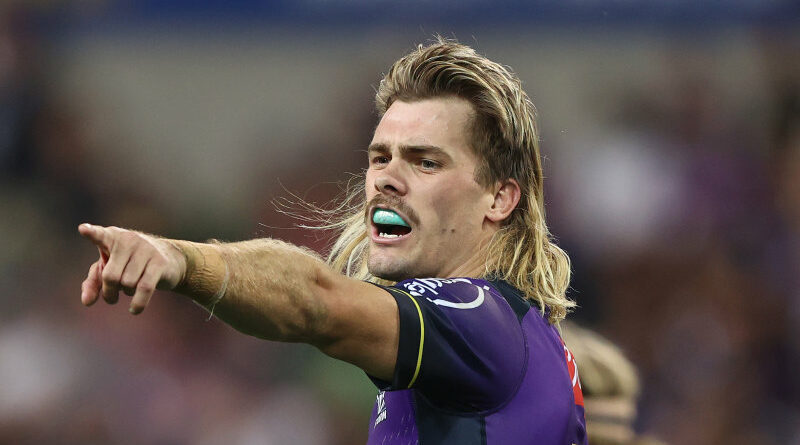 Melbourne Storm star Ryan Papenhuyzen will not make his return from injury this round as he has tested positive for COVID-19.

The Clive Churchill Medallist was stopped from entering the club on Tuesday after failing a rapid test at the door, which all players and staff complete. 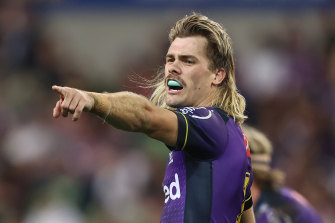 Ryan Papenhuyzen has tested positive for COVID-19, delaying his comeback.Credit:Getty

A PCR test confirmed the result on Wednesday and Papenhuyzen was ruled out of the Storm’s home clash with the Brisbane Broncos at AAMI Park on Friday night.

Papenhuyzen was attempting to return from knee and hamstring injuries and had resumed training. He will now isolate for seven days.

His next chance to return will be against Manly at Brookvale Oval on June 30.

The Storm are expected to announce his replacement In the 22-man squad later on Wednesday.

Kangaroo Jack Ziebell leaps to the defence of great Scott