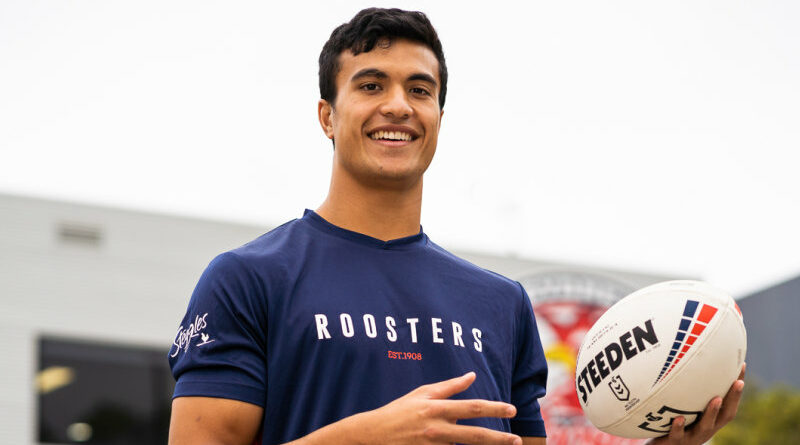 With border closures robbing the All Stars game of star power, some of the focus next weekend will shift towards what is expected to be Joseph Suaalii’s first game in Roosters colours.

Suaalii is the teen sensation you’ve heard about but never seen play. Such is the hype surrounding the Roosters recruit that the NRL is poised to change its own rules, just to ensure he didn’t defect to rugby union. 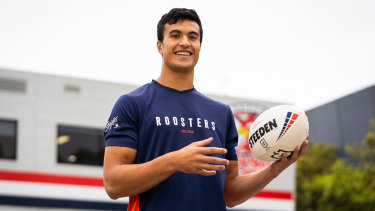 “I’ve got the highest regard for him. He literally stands head and shoulders above the rest [in junior football]. He plays with a real sense of maturity and toughness as well. He loves to roll his sleeves up, get involved in defence, is a real strong runner of the ball.

“I’m really impressed with how balanced he is for a big guy. He’s good in the air. He ticks all the boxes.

“The best thing is he’s got a real discipline about him when it comes to his footy. He’s not a lair, personality wise, he doesn’t get caught up in all of the other stuff. He’s just there to do a job.

“I found he’s a team player. He will be a tremendous asset to the Roosters.”

The Roosters are expected to seek an exemption to allow him to trial before he turns 18, as they did with winger Christian Tuipulotu a couple of seasons ago. The NRL has indicated that they will consider letting Suaalii play first grade before he reaches that age as well.

Wing, who made his debut just after his 18th birthday, believes the 98-kilogram Suaalii is ready for the rigours of NRL football.

“He’s probably ready now,” Wing said. “When I debuted in first grade I was 76kg. He’s a lot bigger and stronger than that. I got rag-dolled and he’s a lot more developed than I was back then.

“I’m really keen to see how he’s gone with a full pre-season under his belt, with a proper training program.

“Mixing it with the boys, he would have got knocked around a bit, but then he would have given it back as well. He’s got a certain level of confidence out of that.

“He’s still got a long way to go. The scary thing is he’s going to keep growing until he is 25 or 26. It’s going to be frightening to see what he turns into.”

Another Roosters young gun, Sam Walker, is also expected to be named for the trial, while it could also be the chance for Tigers fans to watch new recruit Daine Laurie – considered their long-term No.1 option – make his debut for the club.

The Roosters-Tigers trial is scheduled to kick off just prior to the start of the All Stars match in Townsville, an event robbed of seven Storm stars due to border closures. Josh Addo-Carr, Nelson Asofa-Solomona, Jesse and Kenny Bromwich, Brandon Smith, Jahrome Hughes and Reimis Smith will be absent, forcing Maori coach David Kidwell to make several changes.

‘Please bring him down’: The NRL welfare worker who wanted Greenberg’s scalp 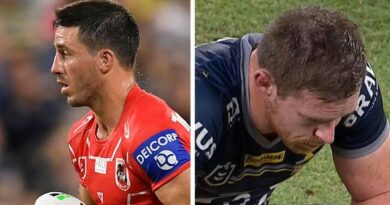