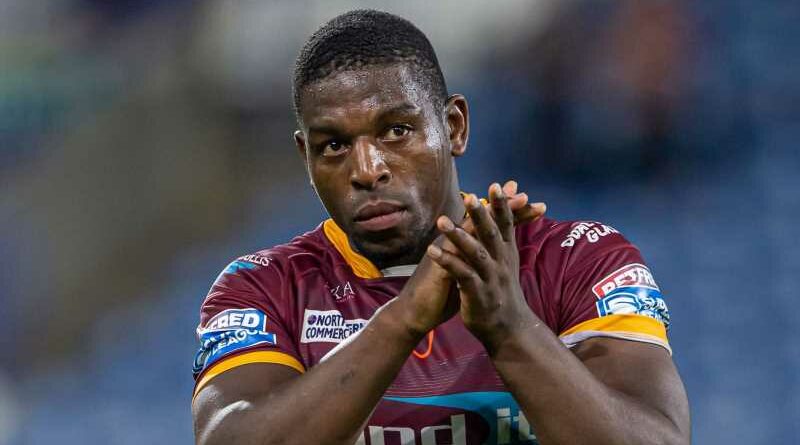 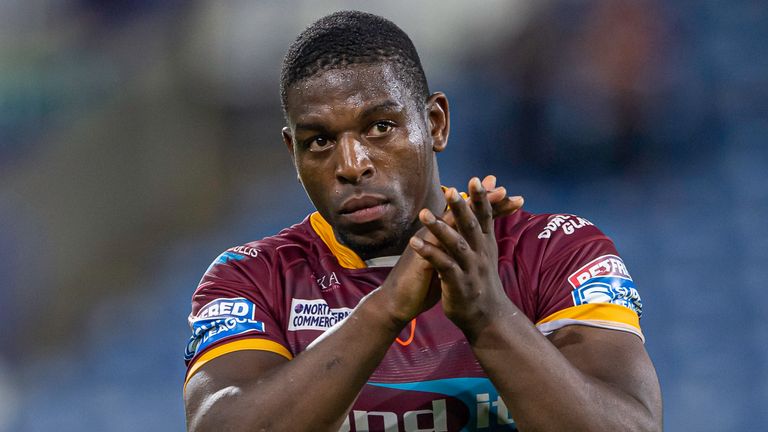 Ian Watson paid tribute to Jermaine McGillvary after he overcame an injury scare and an unhappy start to score four tries and help Huddersfield Giants end a six-match losing run with a 40-26 win over Hull FC.

McGillvary was close to pulling out in the warm-up after experiencing more discomfort with a foot injury and switched wings after Hull took advantage of his lack of height under the high ball to run in two tries and establish a 16-10 lead.

The veteran had earlier scored Huddersfield’s opening try on the right wing and went on to score three more on the left as the Giants cruised to an eight-try victory.

“I’ve got to pay a lot of credit to Jez,” said Watson. “He wasn’t supposed to be playing. He nearly pulled out in the warm-up but he said he couldn’t let the boys down.

“Then to face the adversity he did with the two tries they scored and come back and score four shows the character he’s got.”

McGillvary’s long-standing centre partner Leroy Cudjoe also got in on the act, marking his 300th appearance for his hometown club with the Giants’ final try.

“I was hoping that was the winning try,” Watson said. “It was a special game for him and he’s somebody who Huddersfield need to keep involved for a long time. 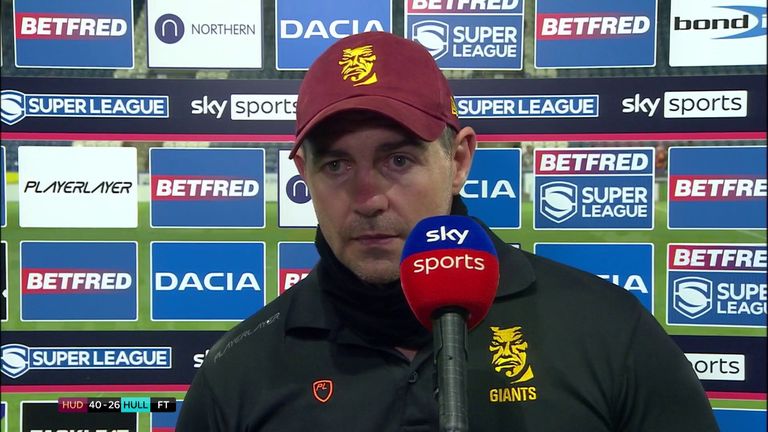 The Giants made light of the absence of 10 regulars, with inexperienced half-backs Will Pryce and Oliver Russell leading the way.

“I’m absolutely made up for Olly,” Watson said. “I spoke to him this week about putting in early kicks and he did it to perfection. He stayed out for an hour practising them and it paid dividends. 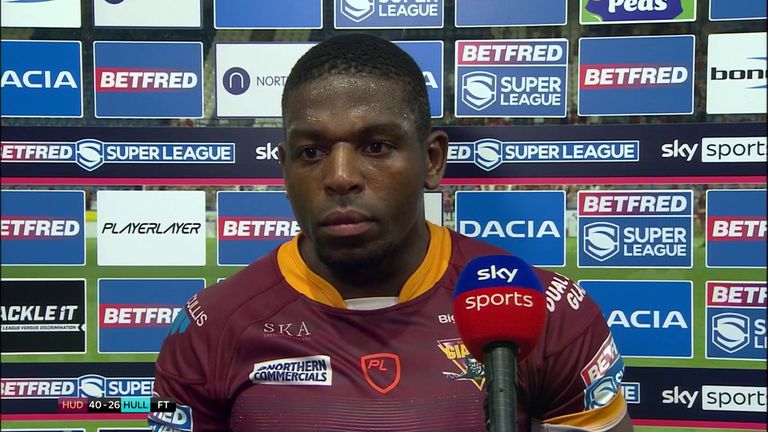 “We deserve what we got today. We’ve been getting better and better and the boys are playing as a team. I thought our middles were outstanding, they were physically dominant defensively.”

The entertaining match ended on a sour note when Huddersfield’s Josh Jones and Hull forward Andre Savelio were sent off by referee Chris Kendall after exchanging blows during a scuffle as the final hooter sounded.

“I was displeased with Andre Savelio for going after one of our young lads, Robson Stevens,” Watson said. “Josh went to protect Robson and I want our guys to protect the youngsters, I don’t want anybody taking a pot shot at them.”

Of the dismissals, Hull coach Brett Hodgson said: “There was a bit of provocation from their part but I think we could have handled that last bit better. 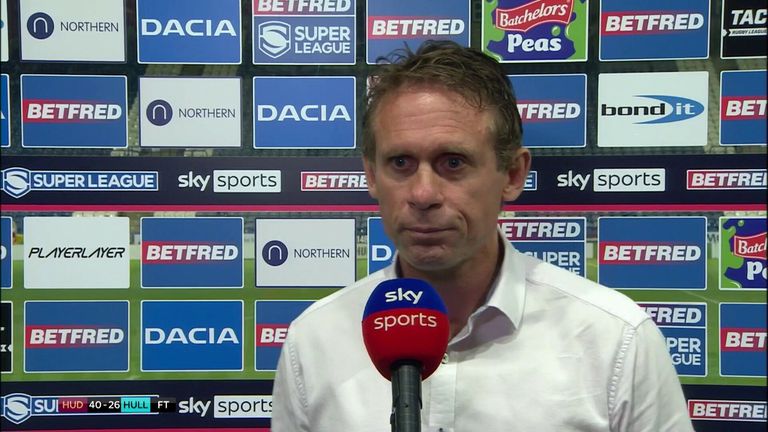 “There was a lot of emotion at the back end of the game, a lot was said between the teams.”

While Huddersfield were battle-hardened and energetic from the start, the Black and Whites looked distinctly rusty after their lay-off but Hodgson had no excuses for his side’s defeat.

“It’s very disappointing,” former Huddersfield player Hodgson said. “We prepared very well coming into the game, but we weren’t willing to apply enough pressure and our discipline let us down.

“There are no excuses, we were out-played today. We needed to be better than that – we were way off in many areas.” 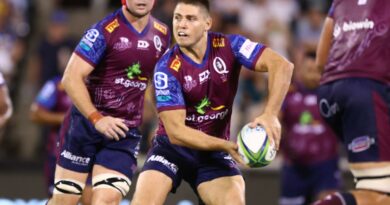 James O’Connor made a $500k sacrifice to return, now he looms as Wallabies captain material