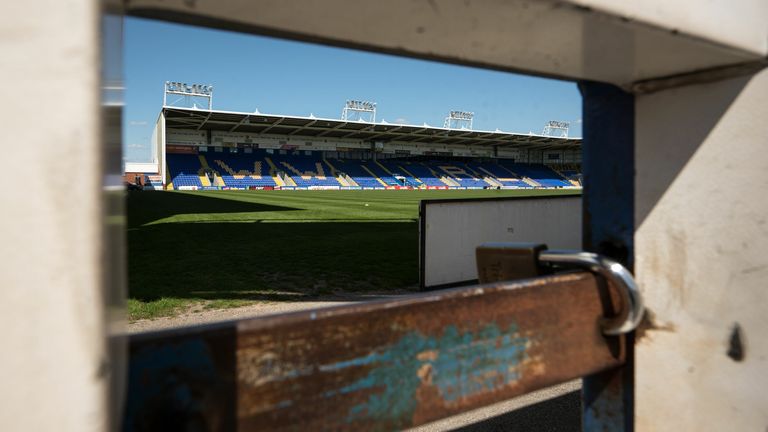 When he took on the role of chief executive of Warrington Wolves just under four years ago, Karl Fitzpatrick could scarcely have imagined he would be tasked with having to navigate the club through the financial challenges brought on by a global pandemic.

He is not unique in that respect though and it is a situation which executives of governing bodies, leagues and clubs across sport the world over have been wrestling with during 2020 – and one which unfortunately does not look like abating in the near future.

As far as rugby league is concerned, the sport has had to adopt on the field as well as off it, with the ‘six again’ rule and abolition of scrums being brought in until at least the end of the season as an effort to reduce the risk of covid-19 transmission among players. It’s whatever it takes to make sure this club has a future and we’re doing all we can.

For Fitzpatrick and his fellow chief executives though, generating revenue to help keep clubs running while stadiums remain closed to supporters and regular income streams have been cut has required some creative thinking.

“We have a mindset here of whatever it takes, and you see that in the players at the moment – not just our players, but right across the game,” Fitzpatrick told Sky Sports.

“We’ve seen players go into the resumption of the season with three weeks preparation, the rules have changed, the ball is in play a lot longer and the game is a lot faster. It’s incredible the endeavours and the mentality the players are showing, and that’s right across the league.

“That’s the approach we have in the admin and commercial offices, it’s whatever it takes to make sure this club has a future and we’re doing all we can. 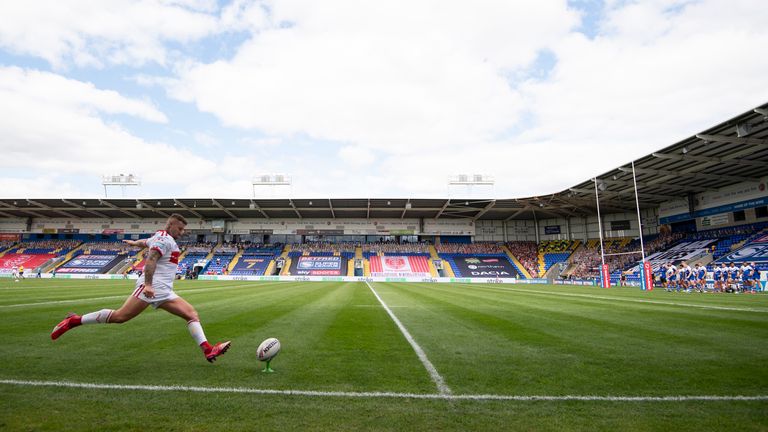 “There is a fantastic spirit across the game to ensure the game survives…and that’s what we’re seeing on a weekly and daily basis.”

It is not just match-day revenues where clubs have taken a big hit financially, with stadiums having evolved into conferencing and events venues used all year round to generate vital income outside of the relatively small number of days in a season used for home games.

A gradual re-opening of the club shop at the Halliwell Jones Stadium after being online only for several months is one part of that and Warrington are now trying to generate more revenue by converting the Platinum Lounge in the North Stand into a restaurant, which will be open on Fridays, Saturdays and Sundays serving traditional gastropub food.

The initiative was inspired by club catering partners Elior doing similar at Ibrox, the home of Rangers Football Club, and the 1876 Restaurant – named in reference to the year of the Wolves’ formation – is set to be officially opened on Friday, October 16 by Warrington icon Ben Westwood.

Fitzpatrick is well-aware these plans could be affected by any changes in government regulations around hospitality venues, but is confident the club’s experience of being a central venue for Super League games since the season resumed means they can offer dining in a covid-secure environment.

“We need to think of different and diverse ways to generate funding to the club,” Fitzpatrick said.

“A lot of our commercial streams have been switched off and remain switched off, therefore we’ve got to be creative and look at different ways to generate new income streams. Opening a restaurant is one of them.

“Obviously there are restrictions in place, but we’re bio-secure. We’ve held 10-plus games behind closed doors, so we understand how the stadium operates in a bio-secure way and that will be applied in the restaurant as well.

“It’s an exciting opportunity and if it goes well it could remain in situ permanently.” 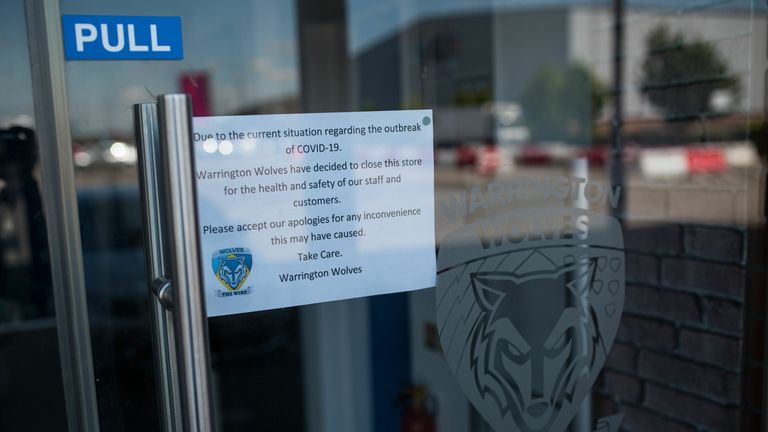 Making parts of the Halliwell Jones Stadium available as office space and offering outdoor socially distanced lunches on benches on the pitch are among the other initiatives being investigated by the Wolves as other ways of generating income.

Fitzpatrick is determined to ensure Warrington’s partners continue to be serviced during this period as well, including having banners of their principle sponsors prominently displayed in the stands during home games.

The Wolves have utilised social media and online video conferencing to set up exclusive question and answer sessions for them with head coach Steve Price and the squad too, while the players have also been phoning their individual sponsors to speak with them.

The big news Warrington and all of the Super League clubs in this country are waiting for is when they will start being allowed to admit fans again though, with Catalans Dragons having been cleared by authorities in France to allow 5,000 spectators into each of their recent home games. 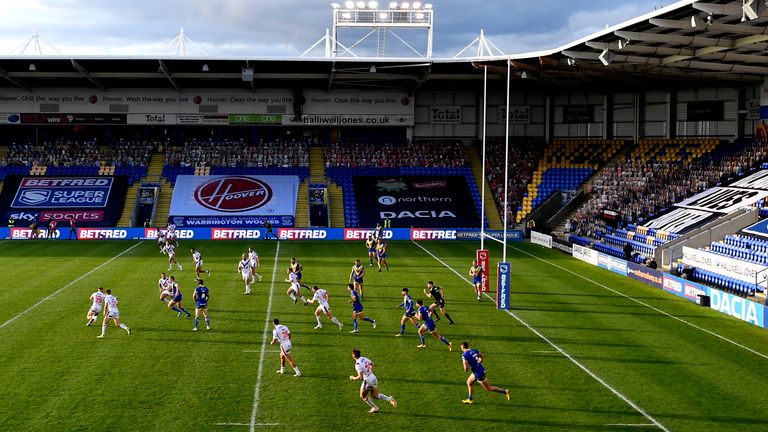 Initial plans to admit supporters in small numbers from October 1 have been shelved indefinitely by the government though and Fitzpatrick made no secret of his disappointment at that. However, the work already done means they will be ready when fans are eventually allowed to return.

“We were bitterly disappointed to get that news,” Fitzpatrick said. “We were gearing up to host a socially-distanced crowd and having hosted a number of behind-closed-doors games we’re aware of what is required in terms of ensuring the stadium is bio-secure.

“We had our bubbles mapped out in the stadium, we’d broken it up into zones, had allocated times for people to attend, we engaged with our local authority, stadium advisory group, local transport links and right across we were ready to go, but unfortunately the restrictions changed.

“What it does mean is when we are allowed to open again, we’re good and ready to go and well-prepared.”

Dana White thinks Khabib Nurmagomedov will be back for one more fight
We and our partners use cookies on this site to improve our service, perform analytics, personalize advertising, measure advertising performance, and remember website preferences.Ok