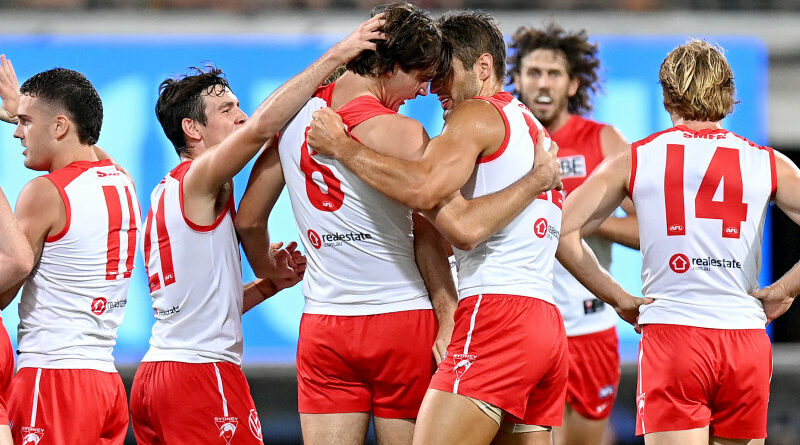 When Sydney and Richmond last met, Swans coach John Longmire was accused by his opposing number Damien Hardwick of the heinous crime of deploying an extra player behind the ball.

It sparked a stink far more entertaining than what Hardwick described as the “horrendous game of football” – the second lowest scoring in the AFL era – which he mistakenly believed the Swans had been chiefly responsible for producing. He later apologised. 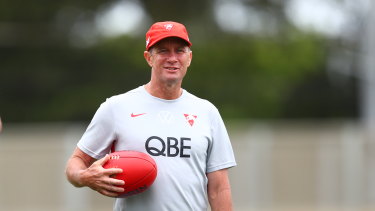 Former Adelaide coach Don Pyke has brought his attacking flair to the Swans.

Former Adelaide coach Don Pyke has been credited with the transformation after joining the Swans in the preseason, though the shift towards a more attacking game plan started before his arrival.

Pyke was earmarked as “priority No.1” by Longmire, who was desperate for him to join the club’s coaching panel.

Longmire’s strength as a coach is his defence, though his sides were in the top six for scoring from 2012-17. Pyke is renowned for his attacking flair, a reputation based on the Crows being the most prolific side in 2016-17.

“I needed to see how he saw the game and how he wanted to play the game and the areas he thought the group was really strong at,” said Pyke, who was out for a walk in Perth’s Kings Park when Longmire called.

“It becomes what do we think? Where is the game headed? Where are we at and what do we want to work on?

“Certainly, to add a little bit more to ball movement was an intention but still understand the strength of Sydney’s game plan historically has been built around the contest and being able to put pressure and defend the ball really effectively.

“We’re trying to balance that out with some other components that allow us to pose some questions of the opposition when we have the ball.

“The game’s so dynamic and multi-dimensional it’s very hard to be hard and fast on what players should do. We try and work with our players to create options for the guy with the ball and then you choose the one you like.”

As attractive as this season has been to date, Pyke is expecting the trend of teams tightening up defensively after the opening rounds to continue.

The Swans were punished for their turnovers last year, particularly early in the campaign, as they adapted to a more daring style. They won just five games but their effort to push Geelong to a goal in the final round caught the eye of many astute judges.

That side has since been strengthened by the drafting of boom youngsters Logan McDonald, Braeden Campbell and Errol Gulden, and the return of senior pair Dane Rampe and Isaac Heeney.

Tom McCartin and Jordan Dawson have settled into the back six, and youngsters such as Justin McInerney, Chad Warner and Sam Wicks are showing the benefit of being given a taste of senior football last year, which Pyke said could not be underestimated.

“There’s a freshness around the club that’s allowed us to get a couple of wins,” Pyke said.

“But, as I said to someone yesterday, it’s a bit like the Melbourne Cup: no one cares who runs past the post the first time, you have to get back around the second time.”