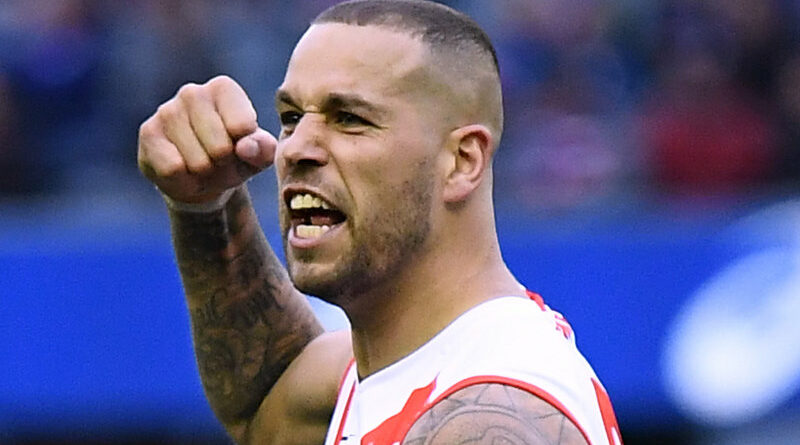 The Swans are not deviating from their plan of giving Lance Franklin a break when his body needs it but this weekend’s Sydney derby is not the time.

If Sydney were to rest the superstar forward then a game at an icy, windswept Mars Stadium in Ballarat, where hail has been predicted, off a six-day break would seem the ideal opportunity.

Also expected to line up at Mars Stadium on Saturday is Giants skipper Stephen Coniglio, who returns after a long-term ankle injury, but weary warhorse Shane Mumford faces two to three weeks out with a back problem.

After managing just 10 games in 2019-20, Franklin has proved the nay-sayers wrong by playing in 12 of the Swans’ 16 matches this year, the last nine in a row.

The Swans say they will take no risks with the superstar forward, who, with 33 goals in 12 games in his march to the magical milestone of 1000, remains an integral part of their team, but nor will their decision making be impacted by something as fickle as the weather forecast.

As far as the club’s high performance staff is concerned, if Franklin can complete the strength work between games, clock enough minutes on the track and feels ready then he plays. 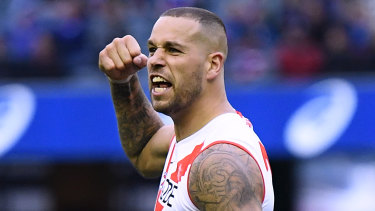 Despite a short turnaround and inclement weather, Lance Franklin is expected to play in the Sydney derby on Saturday.Credit:Getty Images

“He did some running yesterday and looked really good so that’s a good sign,” Swans coach John Longmire said on Wednesday. “We’ve got training tomorrow. We’ll see how he goes tomorrow and if he feels good then he’ll play.”

The fixture has not been unkind to Franklin, who has had to overcome just two six-day breaks, which came back to back heading into the bye. The Swans’ next six-day break will come going into round 20 when they play Franklin’s whipping boys Essendon on a Friday night.

“At the moment, we’re just looking at this week. If we need to at some point in time we’ll do that,” Longmire said. “We’ve been open during the whole season he won’t play every game, but at the moment we’re seeing him in pretty good shape.”

Coniglio returns to the top level after undergoing surgery on his ankle and toe after round three. The Giants captain, who has been earmarked to play a midfield/forward role, proved to Cameron he was ready after collecting 36 possessions in his second game back in the VFL last week. 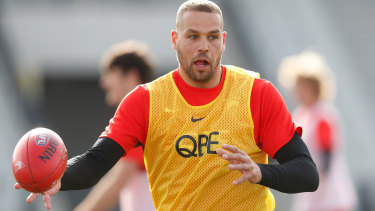 Lance Franklin at training in Melbourne on Tuesday.Credit:Getty

“But we’ve made that judgment call that he’s fit enough, he’s ready for AFL footy. He’s had two games back and we think he’s ready to go.”

Mumford’s injury is a blow for the Giants, who have won six and drawn one in the nine games they have played with the veteran. His absence paves the way for either Matt Flynn or Kieren Briggs to return at the top level against the in-form Tom Hickey.

“His back’s really locked up,” Cameron said. “I don’t know whether he’ll play for another two or three weeks.

“He’s doing a great job but I’m also mindful I want him to walk at 40. And John [Longmire] would’ve known what he went through to get out there every weekend is unbelievable. And I’ m mindful he can only do it two weeks in a row and then he needs a couple of weeks off.

“His body is coming to an end and he’s been a wonderful servant for three clubs and he’ll continue to do that for the remainder of the year.”

Bunnies to welcome back ‘embarrassed’ Bennett