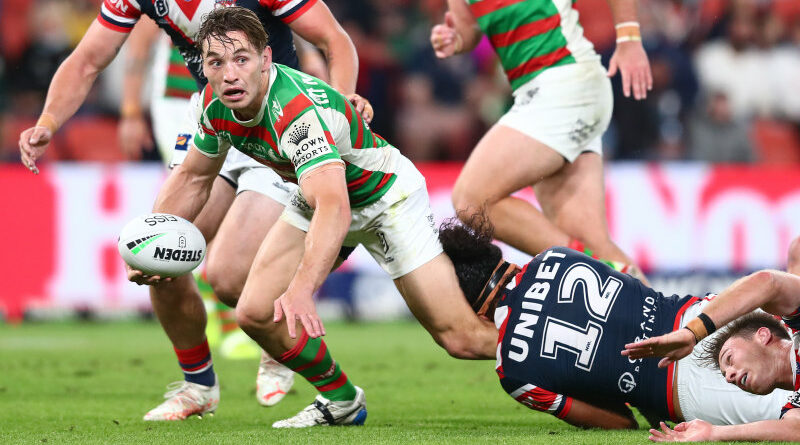 When Cameron Murray first emerged in the top grade at South Sydney, there was a suggestion he may be too small to campaign in the middle of an NRL field, a region routinely patrolled by the giants of the game.

At 184cm and 90kg, Murray gives away 15kg-plus to some of his heftier rivals, whom he is tasked with stopping time and again as he bounces around in a violent pinball machine that can take a physical toll on even the most durable of athletes.

From the start, Murray not only held his own, he blossomed. Now the game has evolved to make his perceived weaknesses into a series of enviable strengths and a vital part of a Rabbitohs outfit one game away from a grand final.

The 23-year-old is also a leading candidate to take over the captaincy when Adam Reynolds leaves for Brisbane next season. It would be a dream promotion for a Mascot Jets junior who has never wanted to do anything else but pull on the colours of his family club.

Murray is always in motion on the field. In attack, he’s taking hard carries with his fast leg drive, often earning a quick play-the-ball in the process, or looming in support in the tradition of the great lock forwards.

He’s also one of the most accurate defenders in the NRL, with a tackle efficiency of 96.4 per cent, and his agility and ability to reset for repeat efforts make him a perfect fit for a game that has been supercharged under new rules aimed at keeping the ball in play for longer. 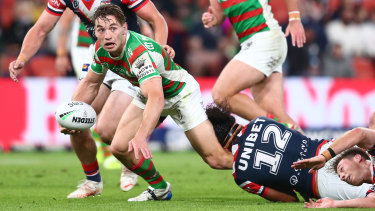 Cameron Murray has excelled at lock despite his relatively small size.Credit:Getty

“When I first came into first grade, I had a little bit of noise about not being big enough. Traditionally, that number 13 role was played as a third front rower,” Murray said. “I found my feet pretty quickly and realised to play my best footy, I need to play to my strengths and not try to fill another role I wasn’t going to be good at.

“That meant playing the way I play now. Whether that has coincided with the new rules and the way the game has started to head since my debut, that might be a coincidence, it might just be luck. But if you analyse it, it probably does turn to my favour with the way the new rules have been going.”

Murray’s football does most of the talking but he speaks thoughtfully about the game and is already one of the most-respected figures inside the Rabbitohs dressing room. With the captaincy up for grabs, Murray looms as an obvious candidate given his age and potential to be a long-term leader at Redfern.

“It would be special. I grew up in the area, I grew up supporting them, my dad played for the club. It’s all I ever wanted to do is play for South Sydney. To be the captain of a team you always supported would be really nice,” Murray said.

“In saying that, I wouldn’t say it’s a goal of mine or anything. I trust the coaching staff to pick the best leader and there are three or four candidates I’d be happy to stand behind. At the forefront of my mind is just to be successful and win games.

“I’ve been lucky to learn from some great leaders. If that opportunity does come up, I have a lot of people I can fall back on and rely on for advice.”

One of those would be his football hero Sam Burgess, who wore the No.13 jumper when Souths won the grand final in 2014. Murray said he pinches himself every week, let alone should he stride out in an NRL decider.

“It’s pretty special. I pinch myself being able to look back on playing with him, I sat next to him in the locker room since my debut. It was a crucial couple of years for me in terms of learning off one of the best that’s ever done it, my childhood hero,” Murray said.

“I learned so much about his mentality and the way he approaches footy. That’s a massive part of the way I prepare and play. Only a couple of years ago he was wearing that 13 jersey.

“That’s something I love about playing for this club, being able to wear a jersey so many legends have worn, to represent them and such a historic club. There’s a responsibility every time you run out there to do the jersey proud. It’s something I think about quite a lot. It’s an honour.” 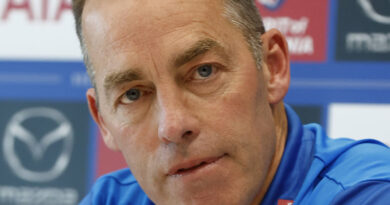 If allegations are proven, Clarkson’s and Fagan’s coaching positions are untenable

The truth about Darius Boyd’s fall from grace 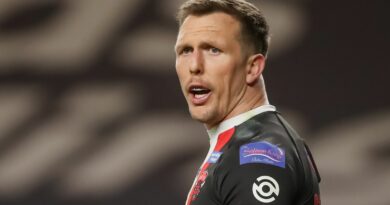