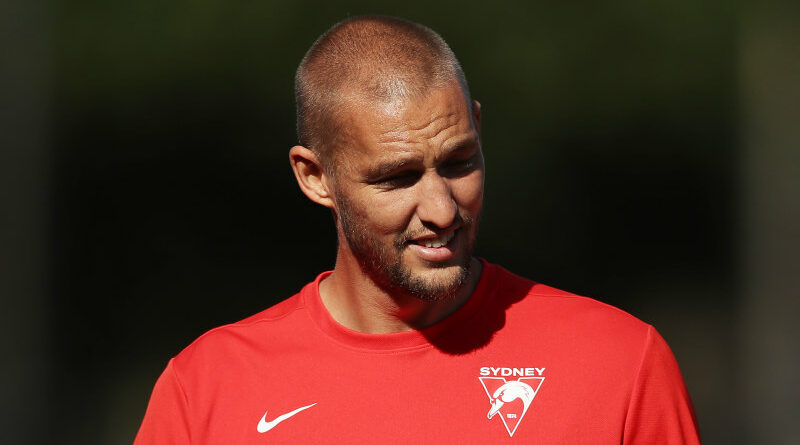 The Sydney Swans appear to have unearthed another rough diamond in Joel Amartey – but the young tall’s emergence could be bad news for injury-prone club stalwart Sam Reid.

Amartey looked right at home in his second AFL game in Sydney’s nervy nine-point win over St Kilda on Saturday, supporting Lance Franklin and Logan McDonald up forward while relieving Tom Hickey in the ruck. 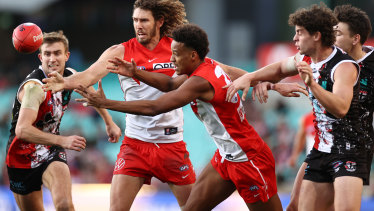 Joel Amartey and Tom Hickey vie for the ball against St KildaCredit:Getty

The 21-year-old hauled in six marks – three of them contested – and moved well enough to suggest he could be the club’s latest shrewd rookie draft success story.

Suddenly, the Swans appear to be well-stocked in the key position department. Together with prized draft pick McDonald, 19, and versatile tall Hayden McLean, 22, Amartey provides much-needed depth up forward, while both he and McLean are both capable of providing adequate ruck cover.

That is precisely the role Reid has traditionally filled for Sydney, but the veteran star is facing an increasingly uphill battle to regain his spot in the 22, or even prove his worth for a contract extension.

Reid, who turns 30 in December, is in the last year of a lucrative four-year deal. Along with co-captains Luke Parker and Josh Kennedy, he is one of only three players from the 2012 premiership team still at the club. 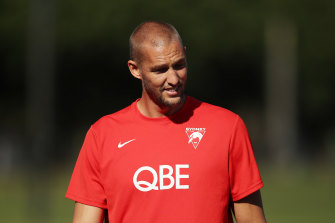 Sam Reid hasn’t been seen at AFL level since round six, and the emergence of Hayden McLean and Joel Amartey could make it hard for him to get his spot back.Credit:Getty

However, he has not been sighted at AFL level since round six due to a calf issue. It was initially diagnosed as a three- to four-week injury, but six weeks later, the Swans still cannot provide a firm return date for Reid.

“I hope he comes back at some point post-bye,” coach John Longmire said on Monday. “He’s just started to do a bit now, but he’s a number of weeks away. He’s getting stronger in his calf, he’s healing, but then we need [him] to be running and training.”

Reid has played only 61 of a possible 125 games for the Swans since the end of 2015 due to a variety of injuries, and will face further competition for a senior spot after next weekend’s bye when ruckman Sam Naismith is expected to be in the mix for an AFL recall – potentially as part of a mouth-watering ruck tandem with Hickey.

The Swans are managing a tight salary cap and Reid may need a consistent, compelling run of football across the back end of the year to dispel question marks over his durability and get a new deal over the line.

Amartey, meanwhile, is set to stay in the team for Friday night’s showdown with Hawthorn at the SCG, while Longmire said he also expected Hickey, Franklin and Isaac Heeney to play after pulling up well from the Saints match.

Those three are on tailored programs, with Hickey playing through a ruptured PCL, Franklin on a much-publicised core-strengthening regime designed to prevent any further soft-tissue injures, and Heeney still dealing with the after-effects from off-season ankle surgery while courageously putting his body on the line every week.

Despite this being Sydney’s second consecutive six-day break, there are no question marks around Franklin’s prospects of facing his former team.

“Most of the boys are OK, they’re running around today and look quite good. We won’t be doing a lot training-wise but we’ll get in the right space. Chad Warner’s got a bit of a sore spot on his leg, so we’ll just have a look at that, but other than that everyone’s pretty good.” 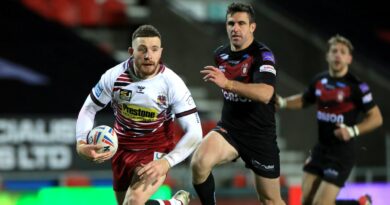