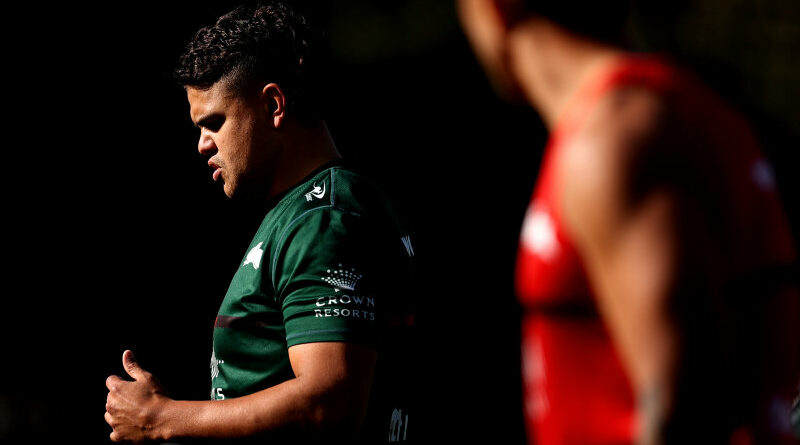 All it takes is a look at a four-game rookie to see Latrell Mitchell’s impact on South Sydney.

Rabbitohs centre Isaiah Tass has taken a vastly different path to the NRL than the one Mitchell walked to the top grade.

Tass traded Mackay for Redfern the day he graduated from school to chase an SG Ball opportunity with the Rabbitohs. He bounced in and out of squads at Canterbury and Brisbane before returning to South Sydney this year. At 22, he has four NRL games to his name.

By the time Mitchell was 22, he was a two-time premiership-winner at a Sydney glamour club with State of Origin and Test caps to boot.

Tass says having a player like Mitchell back on the park during South Sydney’s win over Parramatta allowed him to feel at ease amid hope their star fullback can spark a mid-season revival.

“You can see from the game, he built a lot of the boys’ confidence up. Heaps of them were playing better and he was just getting a roll on for us,” Tass said. 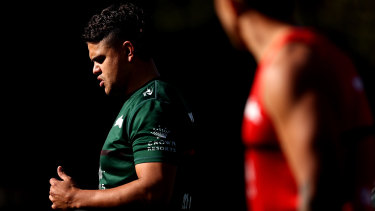 “I’m starting to find my feet now, especially after this game. I’m just feeling more comfortable, especially with the combinations. Latrell just helped me a lot as well, he’s a big influence and he made the game easier.”

Mitchell has withdrawn from contention for Brad Fittler’s NSW side for the State of Origin decider, opting to focus on his commitments with South Sydney after returning for his first game in three months.

A mid-season trip to the United States to fix his hamstring is said to have done Mitchell the world of good and the Rabbitohs could soon reap the rewards as they look to secure a finals spot.

“It’s been good for us that we haven’t been playing our best footy and we’ve lost a few more games than we’ve wanted to, but the comp is quite close at the moment,” Cook said.

Tass came into South Sydney’s line-up at the expense of Taane Milne against Parramatta, and he had a hand in two tries as he chases a new contract.

“I love this club, they gave me an opportunity to debut and they looked after me through pre-season to get me that surgery. Hopefully I’ll stay here and lock in a future,” Tass said. 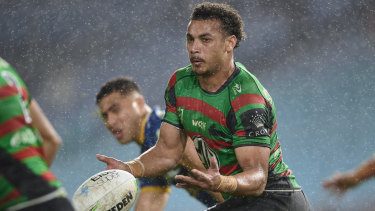 “I’d like to lock down centre but if they need me anywhere else in the backs or even in the forwards, I’ll put my hand up.

“When you get that call-up during the week, you’ve just got to make it your own spot and trust [coach Jason Demetriou] put you in there for a reason. I’ve got to go out there and pay it back to him.” 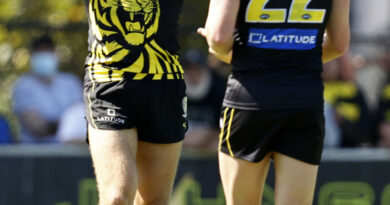 Forward moves: Tigers hoping for the best from Balta

‘He deserves to be in the team’: Shaun Smith hopeful for Demon son Joel