Home » Rugby League » The bottom 10: Wrapping the seasons of the teams that missed finals

The season is done and dusted for 10 teams. We run the rule over their years, including the highlights to the lowlights, and give our verdict.

The positives: Despite the obvious disappointment for Demons supporters of missing the eight, it's important to remember this side finished second last in 2019. Steven May was colossal in defence and looks a certainty to be made All-Australian and the same can be said for the breakout season of mid/forward weapon Christian Petracca. Max Gawn, Clayton Oliver and Jack Viney all had good seasons.

The negatives: Terribly inconsistent. After getting themselves into finals contention with six weeks to go, they lost to the Western Bulldogs, Fremantle and Sydney. The Demons looked lifeless going inside 50, despite the obvious improvement of youngster Sam Weideman. After booting 53 goals in 2018, Tom McDonald has kicked 25 in the last two years and his position at the club remains fascinating. 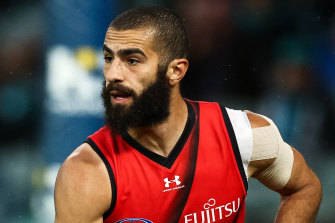 Overall: It's not all doom and gloom for Simon Goodwin and his team but they have to improve in 2021. Would North Melbourne's Ben Brown be worth talking to? Another key forward would certainly straighten them up, given they should be getting enough supply from a star-studded midfield. Adam Saad is open to leaving Essendon and would provide much needed dash off half-back.

The positives: Hard to find too many for a team that grossly underperformed, but there were some shining lights on a personal front. Intercept defender Nick Haynes had another excellent year and will again be in the mix for All-Australian. Lachie Whitfield was the most consistent performer of all of the Giants' top-end players. Young midfielders Tom Green and Lachie Ash look like 10-year players. 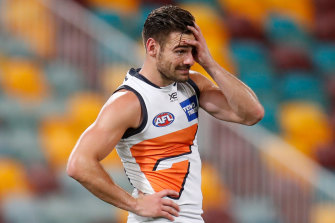 The negatives: Where do we start? Stephen Coniglio had a horror first year as captain which culminated in him being extraordinarily dropped. Jeremy Cameron put off contract negotiations off the back of a Coleman Medal-winning year and that's a decision he'd like to have again. Perhaps the most disappointing thing was the Giants' ball movement. Despite having all the talent in the world, they were slow and unimaginative with ball in hand.

Overall: Nothing short of a disaster for a team that played in a grand final 12 months ago. They had a strong pre-season and very few injuries. Leon Cameron has signed a two-year contract extension despite the external pressure, but the club needs to provide more support for its senior coach.

The positives: For a team that struggled to win more than a handful of games across Brendon Bolton's last two seasons, the Blues gave their fans plenty of highlights under David Teague in 2020. They were never really thrashed and enjoyed stirring wins against Geelong, the Western Bulldogs and Fremantle. Sam Walsh overcame an underwhelming start to the year to finish it brilliantly, while Jacob Weitering would be stiff not to make the All-Australian team as a key defender.

The negatives: It was a year of "what might have beens" for the Blues who were highly susceptible to mid-match disappearing acts, periods that ultimately cost them a finals spot. The jury is also out on their forward-half mix. Harry McKay finished the year well but Mitch McGovern struggled in his second year at the Blues and finished the season in defence. Charlie Curnow missed the whole season and while his upside is phenomenal there are big question marks over his durability. 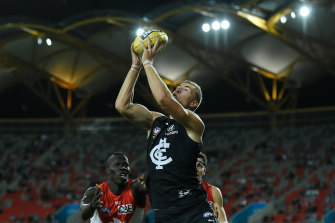 Overall: A passable season for the Blues, but the clock is ticking. This isn't as young a team as some have advertised, and after seven years out of the finals and two largely miserable decades, the natives are rightfully restless. They will be aggressive again in the trade/free agency period, a nod to the fact that the time has come for Carlton to be a force once more.

The positives: There were plenty of them in Justin Longmuir's first season at the helm. After a series of narrow losses early in the season Fremantle strung together wins both back in Perth and on the road. Longmuir was an unsung hero behind Collingwood's rise two years ago and he put his coaching theories into play at the Dockers, making them very hard to score against. Caleb Serong should win the Rising Star award while Adam Cerra shone. 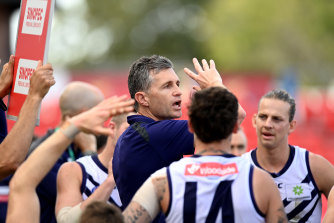 The negatives: Defence was the easier part for Longmuir. Offensively Fremantle struggled, despite an impressive year from tall forward Matt Taberner. Such were Freo's attacking woes, Michael Walters was shifted out of the midfield to give the Dockers some further attacking bite. Season-ending injuries to key defenders Alex Pearce and Joel Hamling tested the Dockers' depth down back.

Overall: That Longmuir was regularly talked up as a potential coach of the year speaks volumes about what Fremantle achieved in his first year. They have exciting youngsters and what looks to be a sustainable gameplan. The future appears very bright.

The positives: Jordan Ridley emerged from fringe-dweller status to become one of the competiton's elite intercept defenders. The Dons look to have found a long-term player. Andrew McGrath – while sometimes shaky by foot – also played some spellbinding football through the midfield and should give Essendon fans plenty of cause for optimism.

The negatives: After being flattered by a series of narrow early-season wins against mediocre opponents, the Dons fell in a hole, winning just one of their last 10 matches for the season. The fact the campaign only lasted 17 games probably saved Essendon from even more embarrassment as the coaching handover finished in rocky fashion. The Bombers struggled to score, particularly early in games, and Ben Rutten's imprint does not look to have brought any tangible positive benefit to the Dons.

Overall: After 16 years without a finals victory, Essendon supporters are largely fed up, and so they should be. But the future looks cloudy, with question marks hanging over the futures of a host of key players including Adam Saad, Joe Daniher and Orazio Fantasia. Rutten hasn't officially coached a senior game yet but is already under the pump, as are chief executive Xavier Campbell and long-time list boss Adrian Dodoro.

The positives: For a club with as miserable a history as the Suns, finishing out of the bottom four is a good start. The expansion club was much more competitive in Stuart Dew's third season at the helm, winning three in a row at home following the resumption of the season and only copping a couple of hidings. They have young talent to burn, with Matt Rowell starring before his season-ending injury and both Noah Anderson and Izak Rankine making impressive entries into AFL football.

The negatives: For all the optimism, the Suns faded, winning just one of their last 10 matches. Several times they failed to find enough late in tight matches, though that should improve as they grow more mature. Meanwhile the exits of assistant coaches including long-time lieutenant Dean Solomon left a bitter taste in some mouths. The Suns will need to be careful not to let their goodwill slip.

Overall: This was a positive year for Gold Coast, notwithstanding the lack of wins in the run home. But they have had several false dawns before, and after a decade in the competition are still yet to play finals football. Expectations should rise, especially with Ben King coming into his own and Rowell set to return next season.

The positives: Jack Gunston had an excellent season and Tom Mitchell maintained his fitness in his return from injury. They've managed to move on Ben Stratton and Paul Puopolo to make room for more youth next season, and have the chance to select top talent with their high draft pick. Will Day and Jack Scrimshaw emerged from their younger ranks.

The negatives: The season-ending ACL to James Sicily, which will likely chew up most of 2021, is a massive blow. So too were the numerous games where they looked slow, out of ideas and too easy to beat. There have also been mixed messages about how the Hawks will try climb back up the ladder. Conventional wisdom would say attaining and using picks to draft players is the way to go, but it's not yet clear.

Overall: Hawthorn's worst season in quite a while. Granted they were cruelled by injuries to key players seemingly at a constant pace, but the Hawks played dour and lifeless football through long winless stretches.

The positives: Tom Papley had a good year that admittedly tailed off, although he has confirmed he will stay a Swan. They got more games into Tom McCartin, Will Hayward and Nick Blakey too, with all suggesting they can have good careers. James Rowbottom was very impressive in the midfield.

The negatives: Lance Franklin didn't play a game. His hamstring injury stopped him from running out in 2020, that coming after only 10 games in 2019. With millions remaining on his mega-contract, the Swans will want more from him in the next couple of years but that looks unlikely at this stage.

Overall: Sydney, despite finishing at the bottom end of the bottom eight again, performed to expectations this season. If their young players continue to improve and their ageing stars hold consistency and effort then there is no reason they can't improve next season.

The positives: There weren't a whole lot. Tarryn Thomas was a bright spark before his early, season-ending injury. Jy Simpkin, Jed Anderson and Luke McDonald stood out consistently, while Luke Davies-Uniacke finished the season with plenty of flashes of pace and power in the midfield. 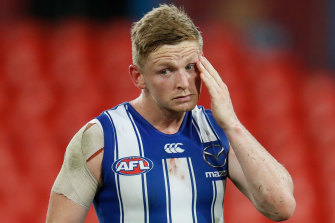 The negatives: Injuries were horrendous. Ben Cunnington, Ben Brown and Thomas were huge losses, while Jack Ziebell battled his body all season. Their style of play and effort were incredibly patchy and when both of these failed, they played some of the worst footy of the competition.

Overall: Delisting 11 players soon after season's end was a clear message the season was a failure. Poor Rhyce Shaw looks to need more support, and the futures of players such as Brown and Jared Polec look shaky. Big changes will continue.

The positives: The Crows won three of their last four games to finish the season. Rory Laird battled throughout and, once supported by the Crouch brothers and Rory Sloane, their midfield blossomed. Shane McAdam and Elliott Himmelberg look promising. Riley O'Brien was a colossus in the ruck all year.

The negatives: The club faces a tough decision on Taylor Walker. His fortunes improved as the club's form rose, but he looks on borrowed time. Their first win came in their 15th attempt and the 14 games prior to that were nothing short of grim.

Overall: The end to the season was promising. A former assistant at GWS, Matthew Nicks was key to their much-hyped, end-to-end ball movement and the Crows showed ever so slight signs that they were beginning to latch onto his mantra late in the season. Still, a poor campaign.