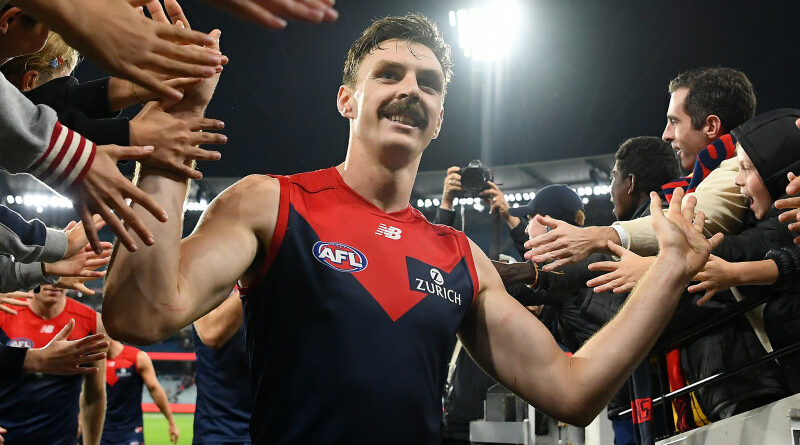 Goodwin confirmed Lever would play this week against Port Adelaide after overcoming a foot injury and training with the team on Monday.

Changes to the Demons’ backline are still to be confirmed ahead of their trip to Adelaide on Thursday. 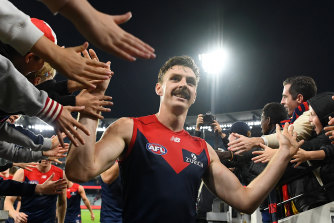 “Jake will definitely be coming in and be available,” said Goodwin, who praised the likes of Adam Tomlinson, Joel Smith and Angus Brayshaw for forming a solid defence without Lever.

“That puts a bit of a real challenge for us as a match committee about who exits the team in that situation. Our back seven have held up really well,” he said.

Goodwin also said defender Harrison Petty would return to the VFL this weekend for three quarters of game time, while Michael Hibberd would be another two weeks away with a calf injury.

Melbourne also face further selection dilemmas in their key position spots thanks to the performance of forward Sam Weideman against Essendon on Friday night.

With Luke Jackson, Max Gawn, and Tom McDonald all expected to hold their roles as key tall options, Weideman may be dropped despite taking six marks inside-50.

“It’s tight for selection,” said Goodwin. “But I think what we have learnt of our team over the last 12 months or 18 months is that three talls is our best option. So unfortunately, one of those guys will miss out.”

Meanwhile, Hawthorn defender Jack Scrimshaw underwent scans on Monday to confirm whether he suffered a fractured scapula against Carlton.

The 23-year-old was replaced by medical substitute Daniel Howe at quarter-time after he injured his shoulder in the opening stages of the Hawks’ one-point loss to the Blues.

The injury soured Scrimshaw’s 50th match, particularly given his form as a part of a strong rebounding defensive unit for the Hawks.

However, the lively Jarman Impey could replace Scrimshaw in Hawthorn’s upcoming match against St Kilda if he is deemed fit enough for an AFL return after training.

The former Port Adelaide player spent three quarters on the field in the VFL on the weekend, but may still miss Sunday’s match against the Saints as he continues his recovery from an ankle injury he picked up in pre-season training.