Wayne Bennett says Ryan Matterson is the kind of player the Dolphins can build around as the supercoach targets the State of Origin-bound lock to bolster his roster.

Talks are progressing with the Dolphins keen to lure Matterson to Redcliffe as he prepares to make his NSW debut against Queensland at Accor Stadium next Wednesday night.

The prospect of Matterson departing would sound alarm bells at Parramatta headquarters with the Eels already losing Isaiah Papali’i to the Wests Tigers, Marata Niukore to New Zealand, Ray Stone to the Dolphins and Reed Mahoney to Canterbury.

Bennett says a deal is yet to be struck but makes no secret of his desire to have Matterson bolster the expansion club’s forward pack.

“He’s the kind of player we’d love to have at the Dolphins,” Bennett said.

“[Matterson’s football] speaks for itself. He just got picked for NSW, I can’t add much more than that. It’s a pretty high honour. Talks are progressing.” 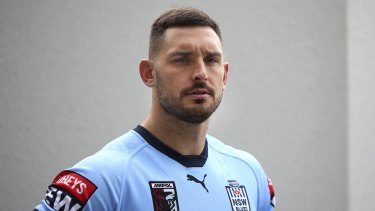 Ryan Matterson is on the verge of a State of Origin debut.Credit:Nine

Matterson is adamant contract negotiations will not be a distraction as he prepares to make his long-awaited State of Origin debut off Brad Fittler’s bench.

The 27-year-old was moments away from being a late call-up in 2019 when Tyson Frizell woke up on game day with a neck complaint, opening the door for 18th man Matterson to pull on a sky blue jersey in Perth.

Matterson warmed up believing he was going to play before Frizell passed a fitness test and took his place in the side.

Now Matterson is determined to make an impact as clubs circle the in-form lock for 2023 and beyond.

“This is what you want. You want to be playing good football and to be in the front seat, so to speak. My manager has got the easy part now, talking to a few clubs and seeing what is the best fit for Ryan Matterson going forward,” Matterson said.

“I told my manager at the start of the year, you sort all of the contract stuff out and I’ll do the football part. That’s when we come together as a team and we work out what’s best for Ryan Matterson going forward into 2023.

“The outside noise doesn’t affect me as a person. I’m very grounded and I’m a very humble kid. I’ve got my faith that drives me, and all the outside noise, it’s just something that I don’t really buy into. I’ve got a good family support network around me. I owe everything to my mum, my dad and my brother.”

Parramatta coach Brad Arthur Matterson has used Matterson off the bench for most of the season but the Eels star intent on forcing his way into a starting role, adamant it can unlock his potential.

“The positional change to go to lock has allowed me to play my more natural game. I get my hands on the ball a lot more, I’m more involved,” Matterson said.

“My run isn’t dictated by somebody else. As soon as I get the ball I can choose what I want to do. I can step, I can run, I can pass. Sometimes that creates an offload. Being around the middle takes me back to my five-eighth days, so I’m really enjoying that.” 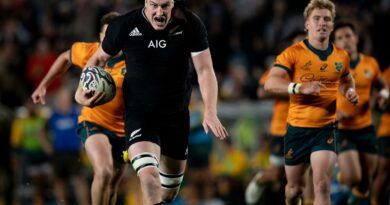