Home » The roadblock standing between Cheika and the Waratahs 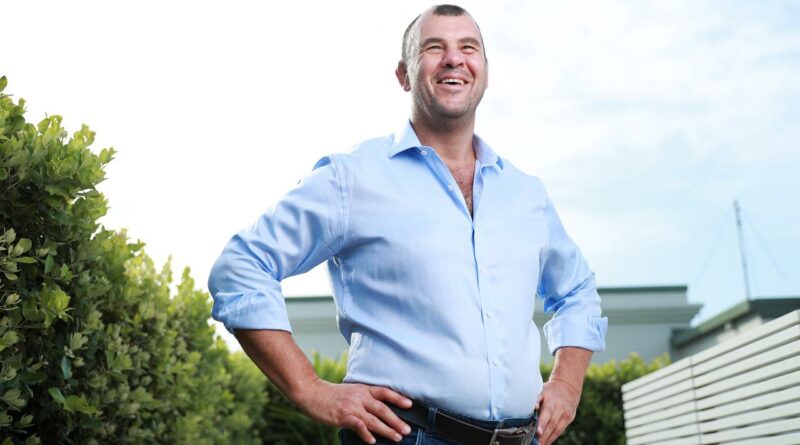 He didn’t so much as rule out a return entirely, but as it stands former Wallabies coach Michael Cheika won’t return as the Waratahs’ saviour – not while Scott Johnson remains as Rugby Australia director of rugby anyway.

With the Waratahs coaching gig open following Rob Penney’s sacking a week ago, any number of candidates have been raised to take over at season’s end.

Former assistant Simon Cron, coaching under Steve Hansen in Japan, last week ruled himself out because of the unfortunate timing of Penney’s sacking which came less than a month after he decided to stay on at Toyota, where current Wallabies captain Michael Hooper and former All Blacks skipper Kieran Read are based.

While Waratahs great Chris Whitaker said following his side’s heartbreaking 24-22 defeat on Friday he hadn’t had the time to consider whether he will apply given the “uncomfortable” and “difficult” nature of the previous week.

On Saturday, the 2014 Super Rugby-winning Waratahs coach was asked about his conversations with NSW CEO Paul Doorn after it was revealed the duo had spoken.

“We’ve had a casual conversation,” Cheika told Channel 9. “I don’t think my ideas are the ultimate ideas. I just gave a few ideas of what I’ve experienced in the past and what’s worked for us and what might work for NSW and understanding its DNA a little bit more.

“I’d do anything to help them get back on track. It was a wonderful experience coaching NSW, I loved every minute of it, the highs and the lows. I think we can get back to that pretty quickly with this team.

“They have made some decisions now and they need to show some leadership going forward to get them right.”

Pushed on whether he would like to be involved in some capacity at the Waratahs, Cheika said the timing, as it stands, wouldn’t be right.

“I think that it’s not the time for me to be coaching the Waratahs,” Cheika said.

“It’s maybe a little bit too fresh (and) raw. Also, from a national point of view, they don’t need me in that space probably at this point. They (Wallabies coaches) need some clean air . . . without the name from the last four or five years because it’s been a huge thing for me.”

Tom Banks of the Brumbies makes a break.Source:Getty Images

Although it’s understood Cheika has aspirations to coach the Wallabies one day again, Cheika is enjoying being out of the coaching spotlight for the time being after the ugly ending to his six-year tenure with the national team.

The 2015 World Rugby coach of the year, who took the Wallabies to the World Cup final that same year, felt like he should have resigned at the end of 2018 when then-CEO Raelene Castle brought in Johnson over the top of him as DOR.

Cheika felt like Johnson’s appointment in the crucial World Cup year undermined his role as head coach and allowed for his players to question his authority and decision making.

Meanwhile, Whitaker said he was “proud of the effort” of his side following their gallant 24-22 win over the Brumbies at the SCG.

The Waratahs fought back from 10-0 down and 24-10 at halftime to keep their opponents scoreless in the second half, but a conversion miss from Will Harrison after regular time meant they failed to send the match into golden try.

Whitaker was visibly emotional after a tumultuous week and said that the former head coach could take some credit for their improved showing.

“It was uncomfortable,” Whitaker said.

“Rob can take a lot of that credit. As (captain) Jake Gordon said, it was a tough old week. We were probably lucky that the Brumbies game came around so quickly because it didn’t give the boys too much time to think about it, it was just about preparing for the Brumbies week. The boys still talked to Rob a bit, so he can take a lot of credit for that.”

The Waratahs have the bye this week before finishing the season with matches against the Force and Rebels.

At a squeeze: AFL to go ahead but modelling new fixture